The experimental Ireland XI that Stephen Kenny should start against Lithuania

The Republic of Ireland play Lithuania in a friendly on Tuesday night at the Aviva Stadium, and here is the starting XI we believe Stephen Kenny should pick for the game.

The Ireland manager will likely make several changes to the team that played out a 2-2 draw with Belgium on Saturday, and several fringe players may get an opportunity.

Ireland will be hoping to extend their seven-game unbeaten run and record a victory over Lithuania, who are ranked 137th in the world, ahead of the Uefa Nations League games this summer. 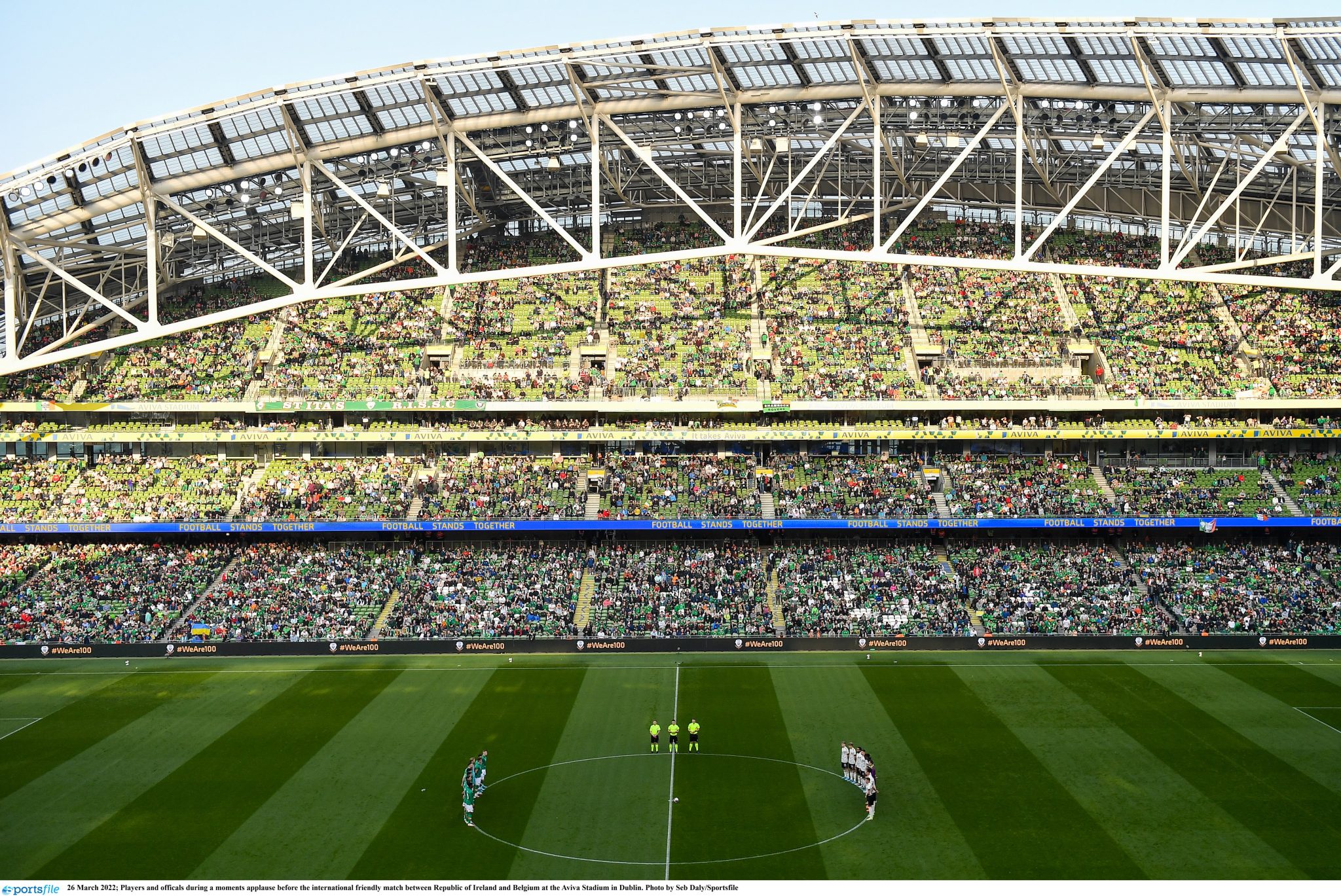 In this team, Ireland line out again in a 3-4-3 formation. Caoimhin Kelleher started against Belgium, and he will most likely play against Lithuania too. The Liverpool goalkeeper has another opportunity to impress in goals as Gavin Bazunu and Mark Travers are both currently injured. The Corkman has kept two clean sheets in three international caps.

END_OF_DOCUMENT_TOKEN_TO_BE_REPLACED

Shane Duffy is the only member of the back three from the Belgium match to keep his place in this team. The Brighton defender is a key figure in the centre of the Irish back three.

The Derryman will be vital to steward Dara O'Shea and Nathan Collins. O'Shea still working his way back to form after a long spell on the sidelines. The West Brom has played just 140 minutes in the Championship after missing five months with an ankle injury. The match against Lithuania is the perfect opportunity to get more minutes under his belt.

Collins is currently serving a suspension after getting a straight red card against Brentford. The Burnley defender has struggled for game time this season, only making nine Premier League appearances for the Clarets. However, this could be a perfect opportunity to get stamp his mark on international football.

The potential of the youthful duo, plus the experience of Duffy, represents a good mix to keep the Lithuanian attack at bay. 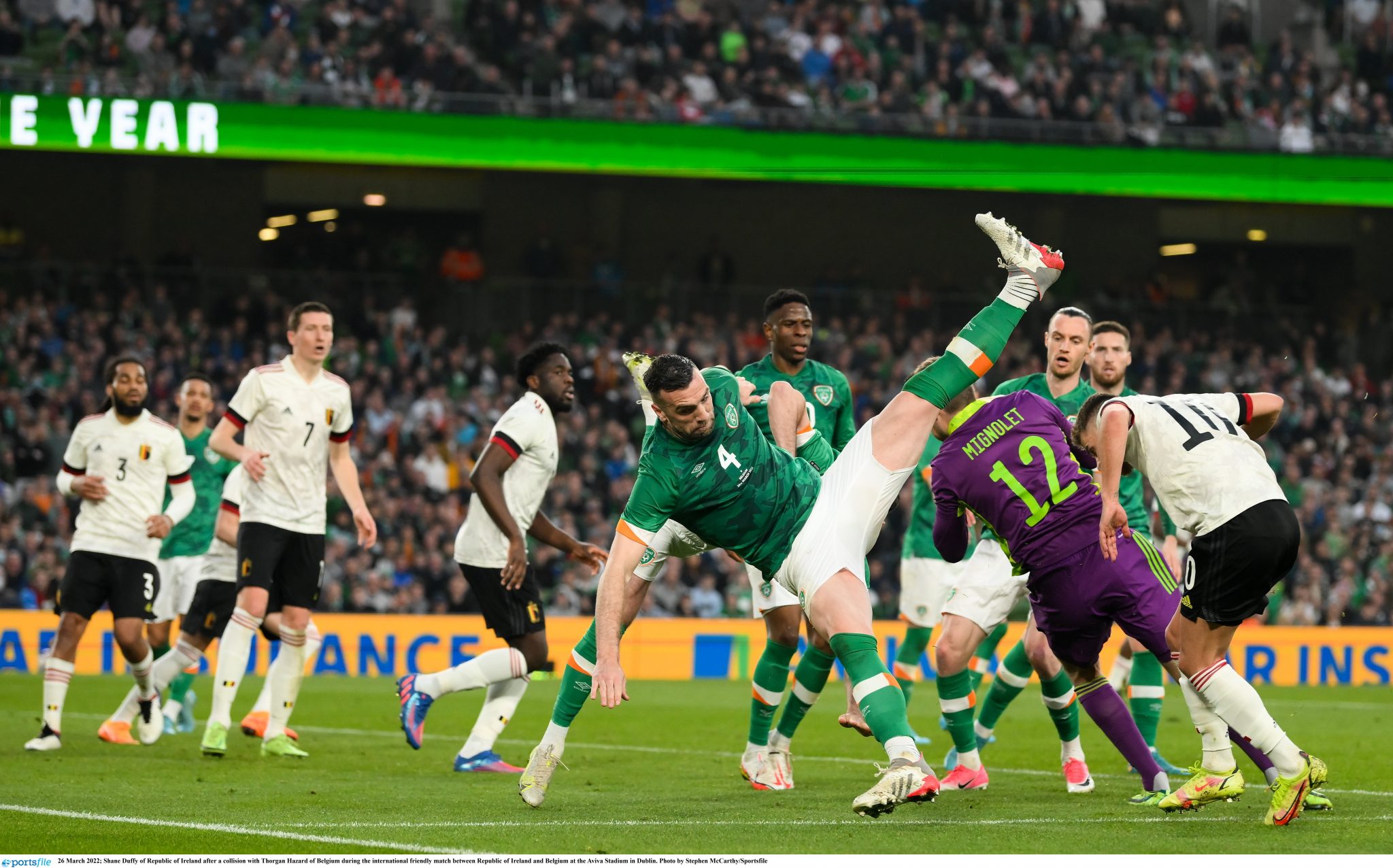 END_OF_DOCUMENT_TOKEN_TO_BE_REPLACED

Matt Doherty keeps his place on the right-hand side following his display against Belgium. The Dubliner is the only natural right wing-back in the squad at the moment. Ryan Manning comes in the place of James McClean as he aims to put his stamp on the left-wing-back role. The Swansea defender has struggled to date to break into Kenny's side but Tuesday night could be a big opportunity for the Galway native to stake his claim.

In midfield, Conor Hourihane comes into the side to earn his 33rd cap. The Sheffield United midfielder is always a threat from set-pieces. Alan Browne starts alongside Hourihane and will look to make another decisive impact after scoring a bullet header against Belgium. He will be raring to play against Lithuania on Tuesday hoping to pick up from where he left off. Both players will be hoping to impress with the view of starting the Nations League games in June. 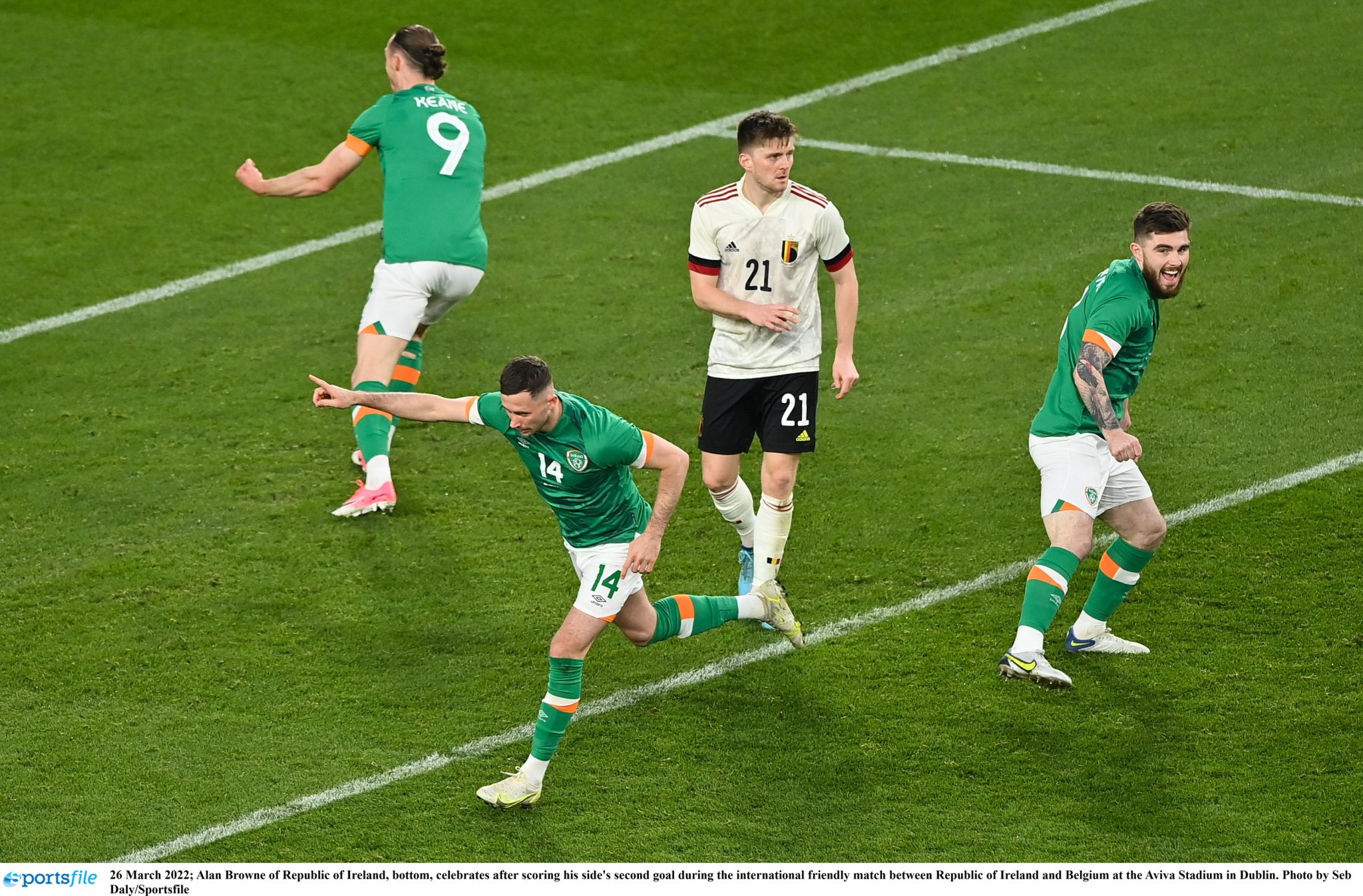 Mark Sykes recently switched allegiance to play for Ireland ahead of Northern Ireland. The Oxford United winger operates on the right, so Ireland's current system caters to his playing style.

The Ireland manager will be keen to have a look at his newest addition, who has eight goals in League One this season.

Troy Parrott made a cameo appearance against Belgium, coming on the left-wing, a position which he has recently played for MK Dons.

The Dubliner is due a run out for the Boys in Green and he will be looking to bring his club form to the international stage where he won club player of the month for February. 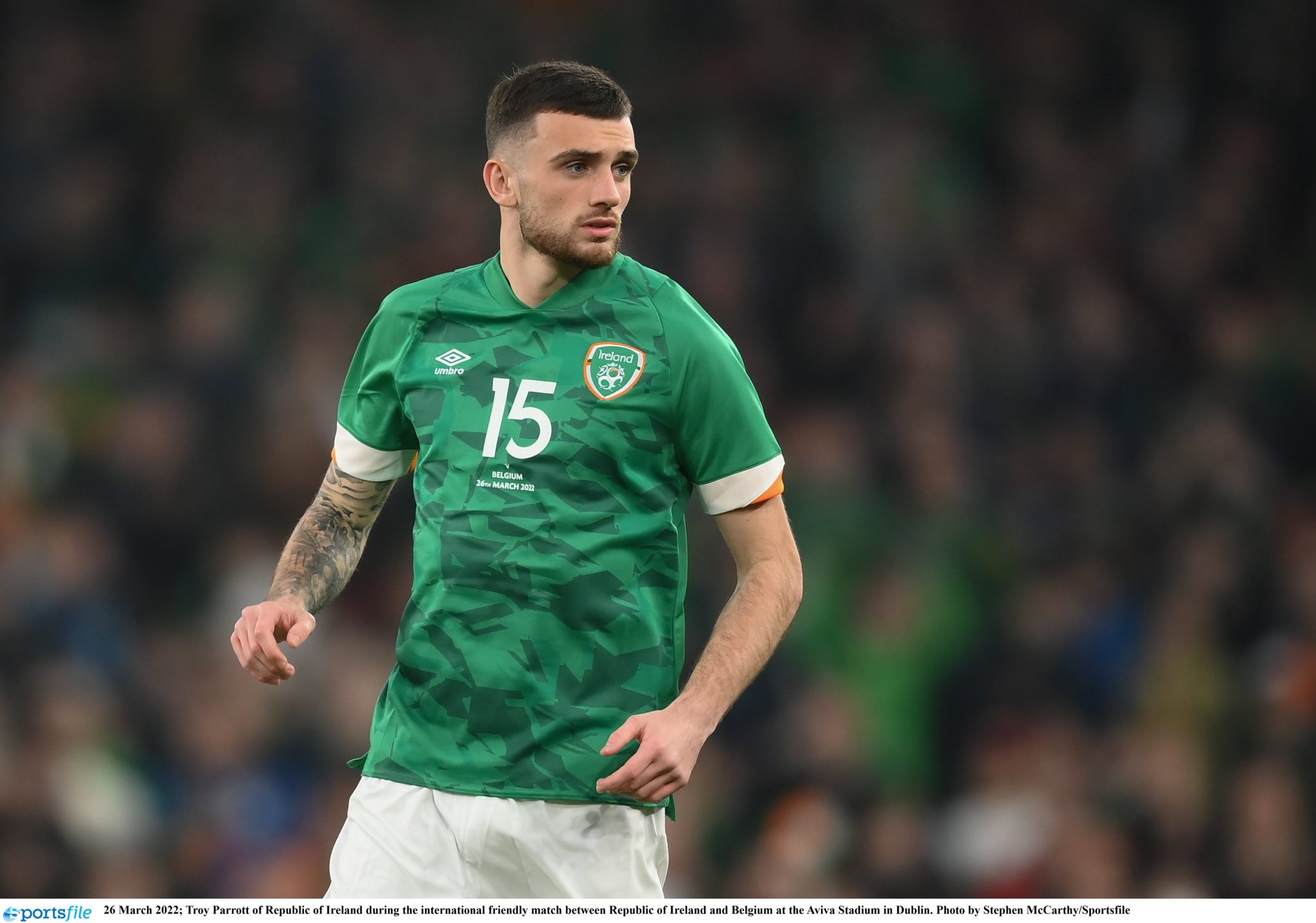 Will Keane leads the line for this side.

The Wigan Athletic striker has 20 goals in League One this season as he comes into international duty in red hot form.

The 29-year-old held his own when he came on against Belgium, doing a decent job at linking up the play between midfield and attack.

Keane will be looking at the Lithuania game as a big opportunity to open his goalscoring account for the Boys in Green.

Here is the XI that we believe Kenny should pick for Tuesday's match against Lithuania.


popular
The four stone-cold certainties for All-Stars even as early as this
Eamon McGee just couldn't help himself with Armagh-melee tweet
Kylian Mbappe reportedly wants PSG to sell Neymar
"The economy was one of the big reasons" - Cadogan's move from an electrician to personal training
Gavin Coombes one of four Irish players to push themselves into Test picture
"He's actually smiling putting the ball over the bar. He should nearly be fainting." - Ryall on Limerick's legacy
Bundee Aki understandably emotional, as Ireland pay moving tribute to late Sean Wainui
You may also like
1 week ago
Robbie Brady: Three Championship clubs line up Ireland winger on free transfer
1 week ago
Burnley name their price for Nathan Collins with two Premier League clubs interested
1 week ago
Troy Parrott wants to 'impress' Antonio Conte during Spurs pre-season
1 week ago
Aiden McGeady could be Hibs bound as Lee Johnson drops transfer hint
1 week ago
Three Premier League clubs reportedly want to sign Nathan Collins
1 week ago
"Is Stephen Kenny telling him to do it?" - Liam Brady questions Ireland tactics and contract decision
Next Page