"He doesn’t look like he’s playing for Rotherham United."

Former Ireland manager McCarthy noted that it is difficult to believe that Ogbene is currently playing League One Rotherham given the quality of his international displays. 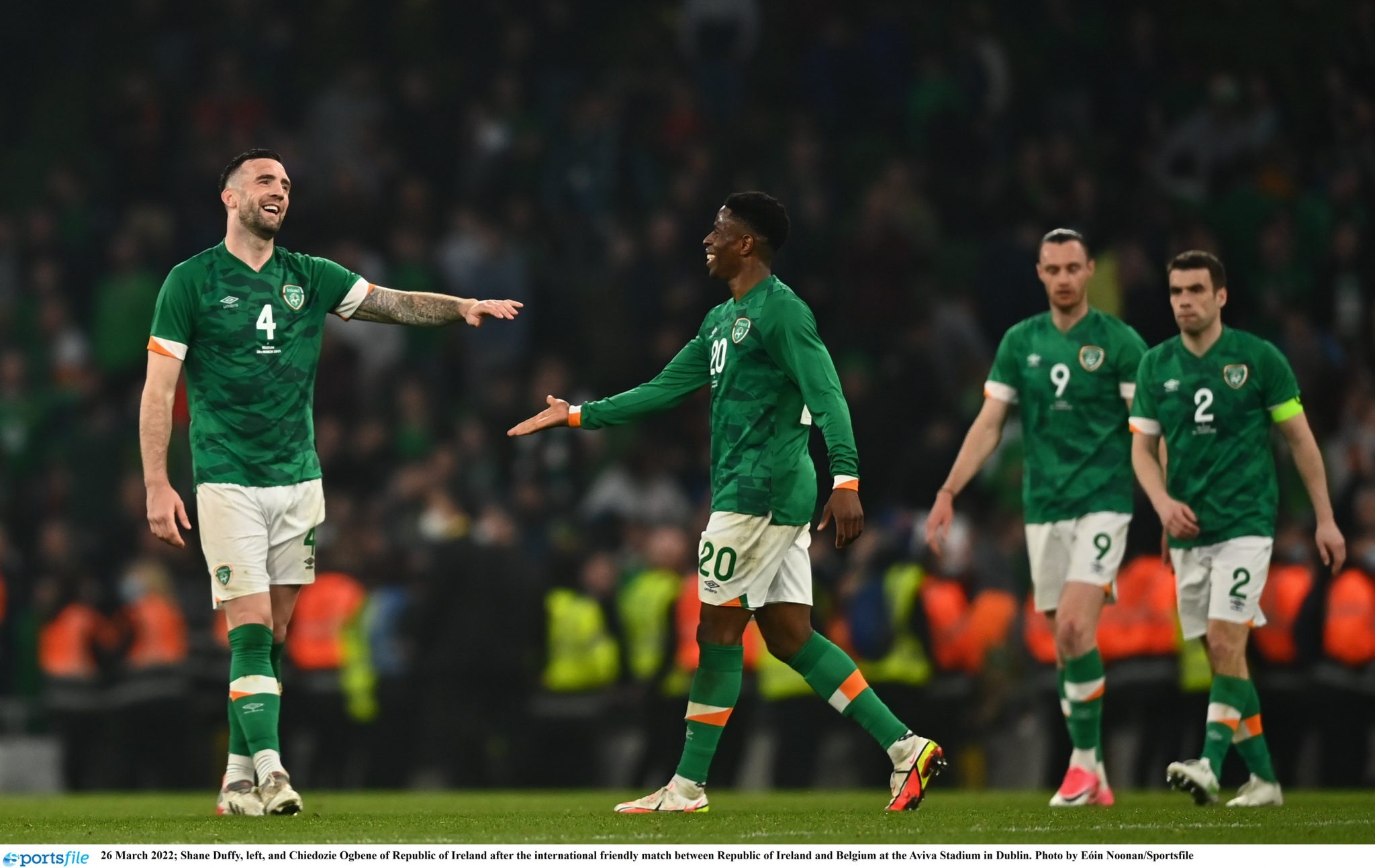 "I’m not trying to upset any Rotherham fans but I’m going to, he doesn’t look like he’s playing for Rotherham United," McCarthy said on Sky Sports about the 24-year-old.

"He’s come in here and is playing against Belgium, he’s backed into them, he’s held it up, he’s run in behind them."

Ogebene has now scored three goals in six appearances for the Boys in Green. 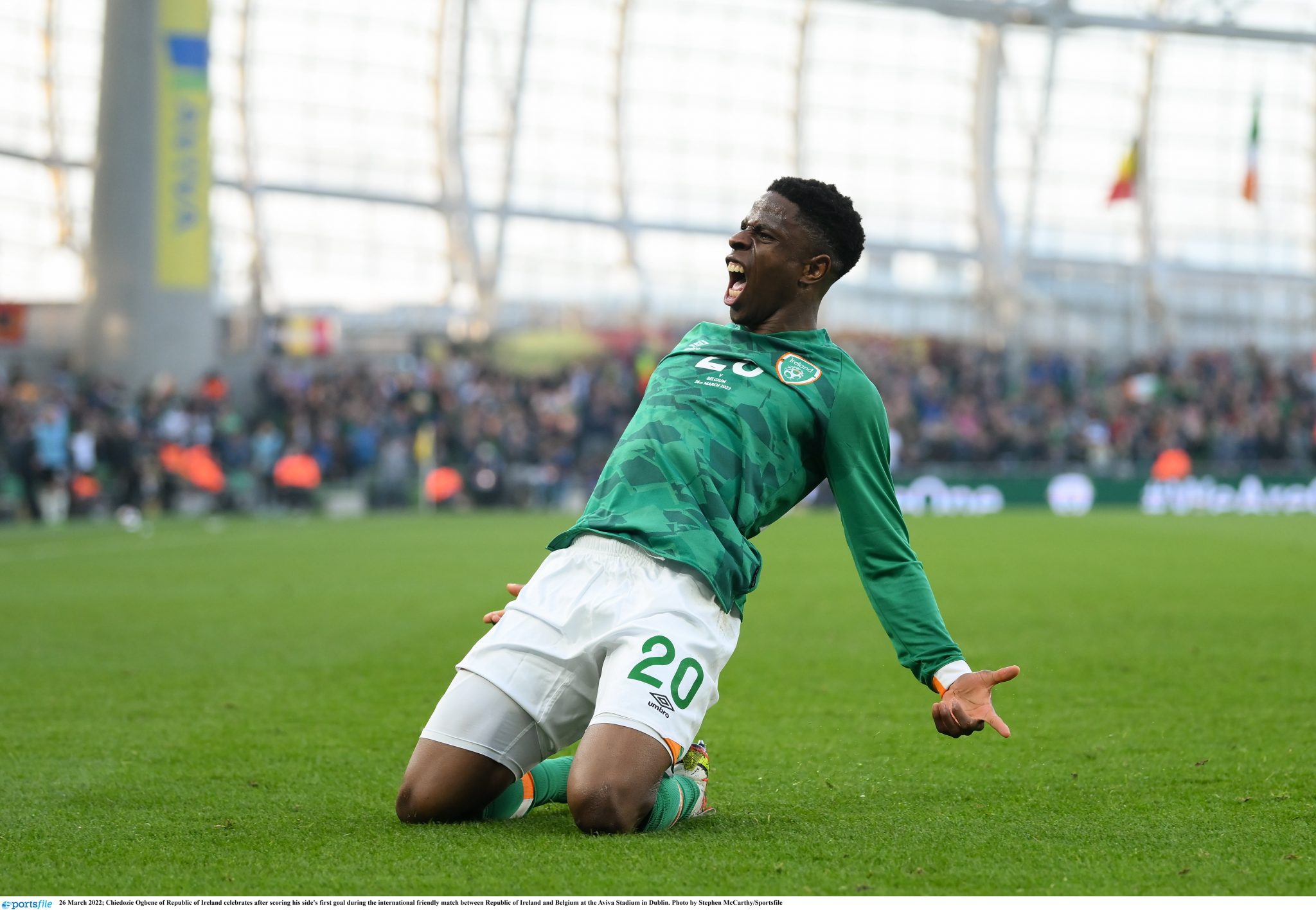 END_OF_DOCUMENT_TOKEN_TO_BE_REPLACED

Kenny noted that he has opted to use Ogbene in a forward position, rather than as a wing-back, where he plays at club level.

The Ireland coach believes that this has helped the player perform to a higher level. 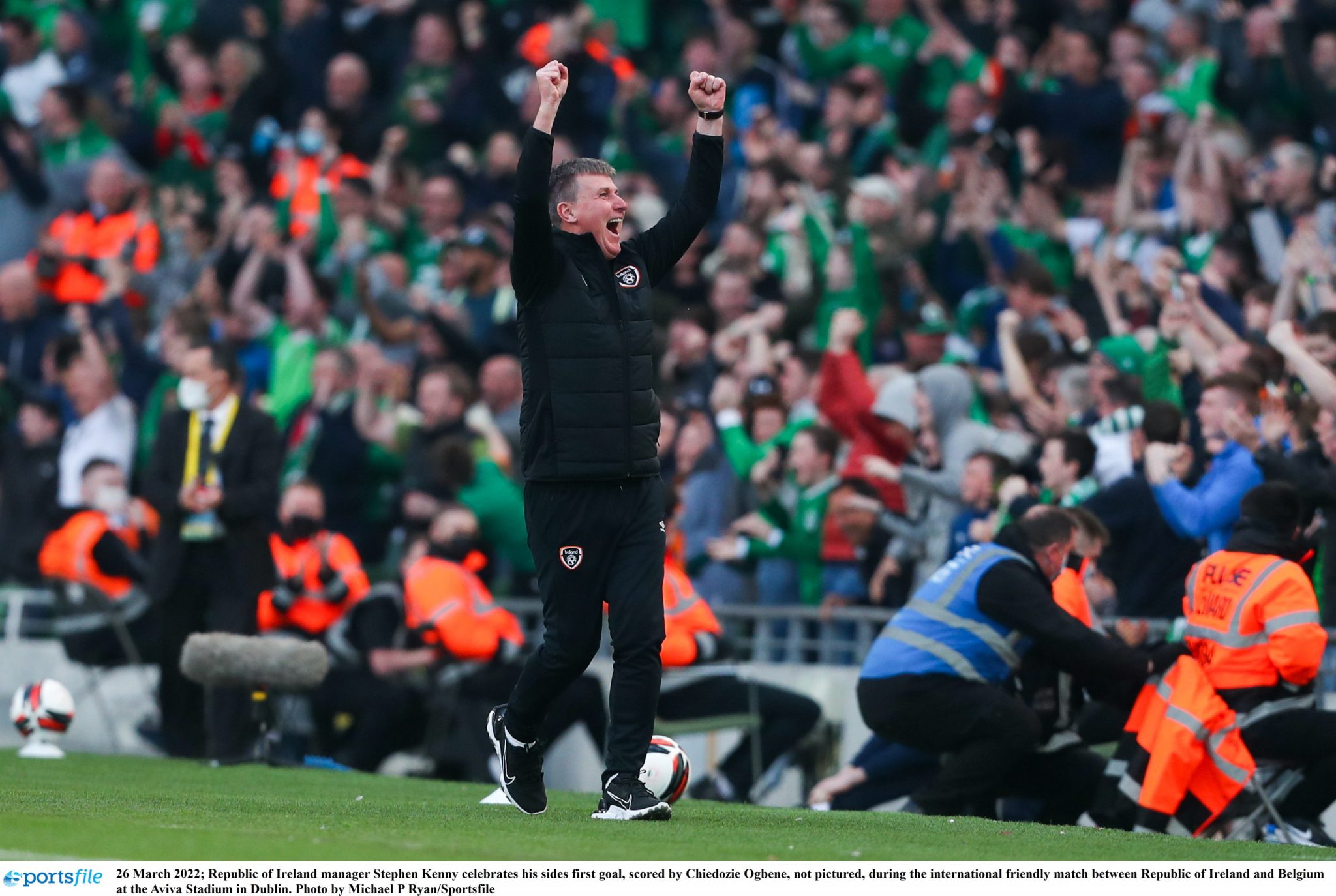 “I knew Chiedozie would be a real threat and has great attributes," said Kenny told reporters in his post-match press conference.

“He has had a spectacular start, to score three goals, in two qualifiers and then a big game against the world number one team, especially as his goal ratio at club level is on the low side. 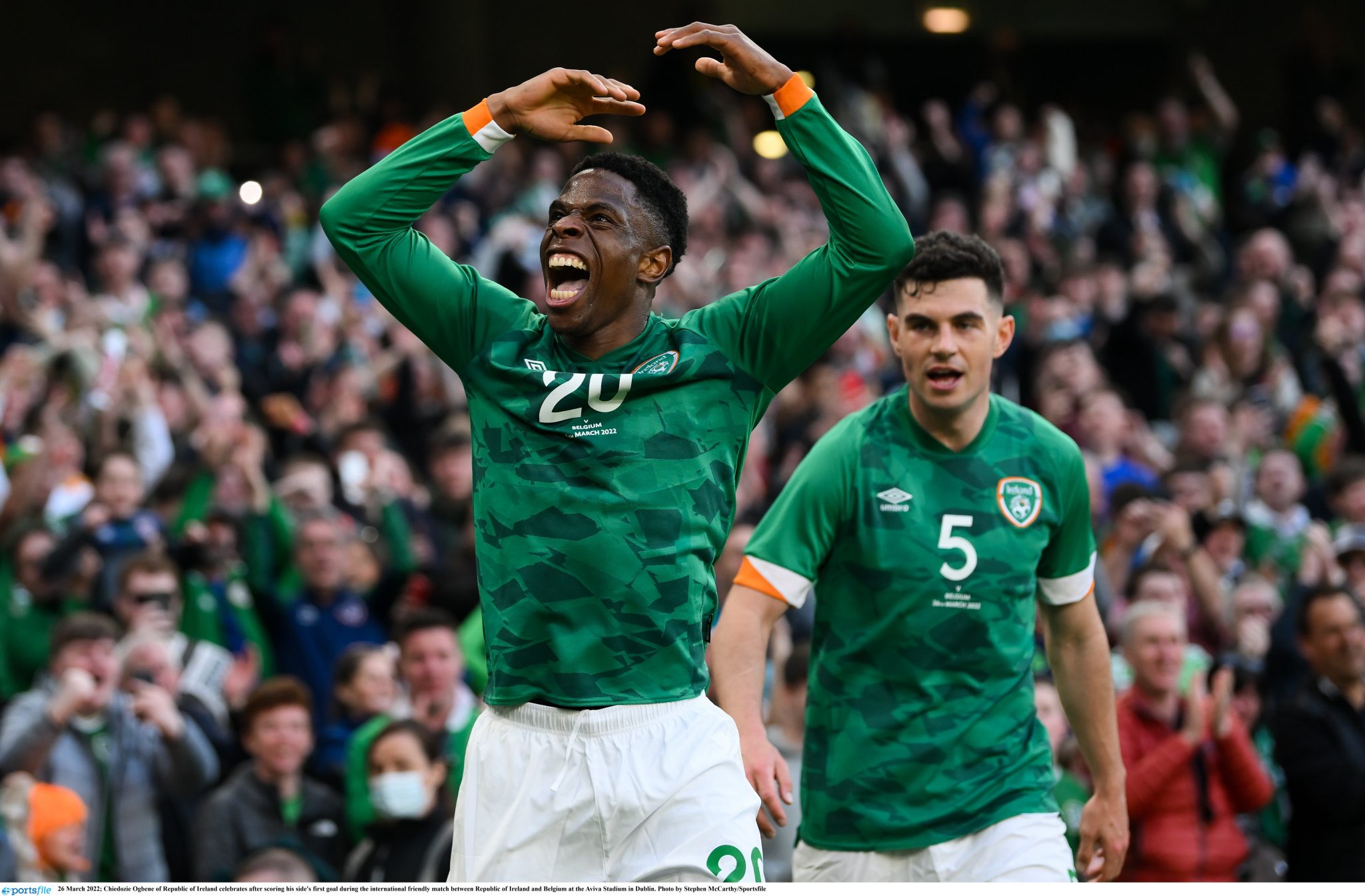 "He has to play a different role at the club, as a wing-back, but we really don’t see him like that.

"We see him as a forward player. Apart from his goal, he just gives us so much at the moment."


popular
The four stone-cold certainties for All-Stars even as early as this
Eamon McGee just couldn't help himself with Armagh-melee tweet
"The economy was one of the big reasons" - Cadogan's move from an electrician to personal training
Kylian Mbappe reportedly wants PSG to sell Neymar
"He's actually smiling putting the ball over the bar. He should nearly be fainting." - Ryall on Limerick's legacy
Gavin Coombes one of four Irish players to push themselves into Test picture
Bundee Aki understandably emotional, as Ireland pay moving tribute to late Sean Wainui
You may also like
1 week ago
Robbie Brady: Three Championship clubs line up Ireland winger on free transfer
1 week ago
Burnley name their price for Nathan Collins with two Premier League clubs interested
1 week ago
Troy Parrott wants to 'impress' Antonio Conte during Spurs pre-season
1 week ago
Aiden McGeady could be Hibs bound as Lee Johnson drops transfer hint
1 week ago
Three Premier League clubs reportedly want to sign Nathan Collins
1 week ago
"Is Stephen Kenny telling him to do it?" - Liam Brady questions Ireland tactics and contract decision
Next Page