It's three points or bust. One of our famous draws are unlikely to do the job, this time.

Ireland's 2-0 defeat to Switzerland sees them top of their Euro 2020 Qualifiers group but they miss out on the next game-day and, when the Swiss and Danes are finished we should be down in third with one game to go.

Once again in a qualifying group, Ireland have started well before tapering out and needing a big result heading into the final game. A win in Georgia, last Saturday, would have meant Ireland would qualify with a draw against either Denmark or Switzerland. Instead, they spluttered to a 0-0 draw.

The Swiss were far superior to Mick McCarthy's men and the task is now simple. Beat Denmark and they will be going to next summer's tournament, which is handy as Ireland will be hosting a few games.

In terms of the starting XI McCarthy should press into service, the only player definitely out of the mix is the suspended Seamus Coleman.

The team we have selected features six changes from the side that started, and lost, in Geneva. We are bringing two midfielders in from the cold. 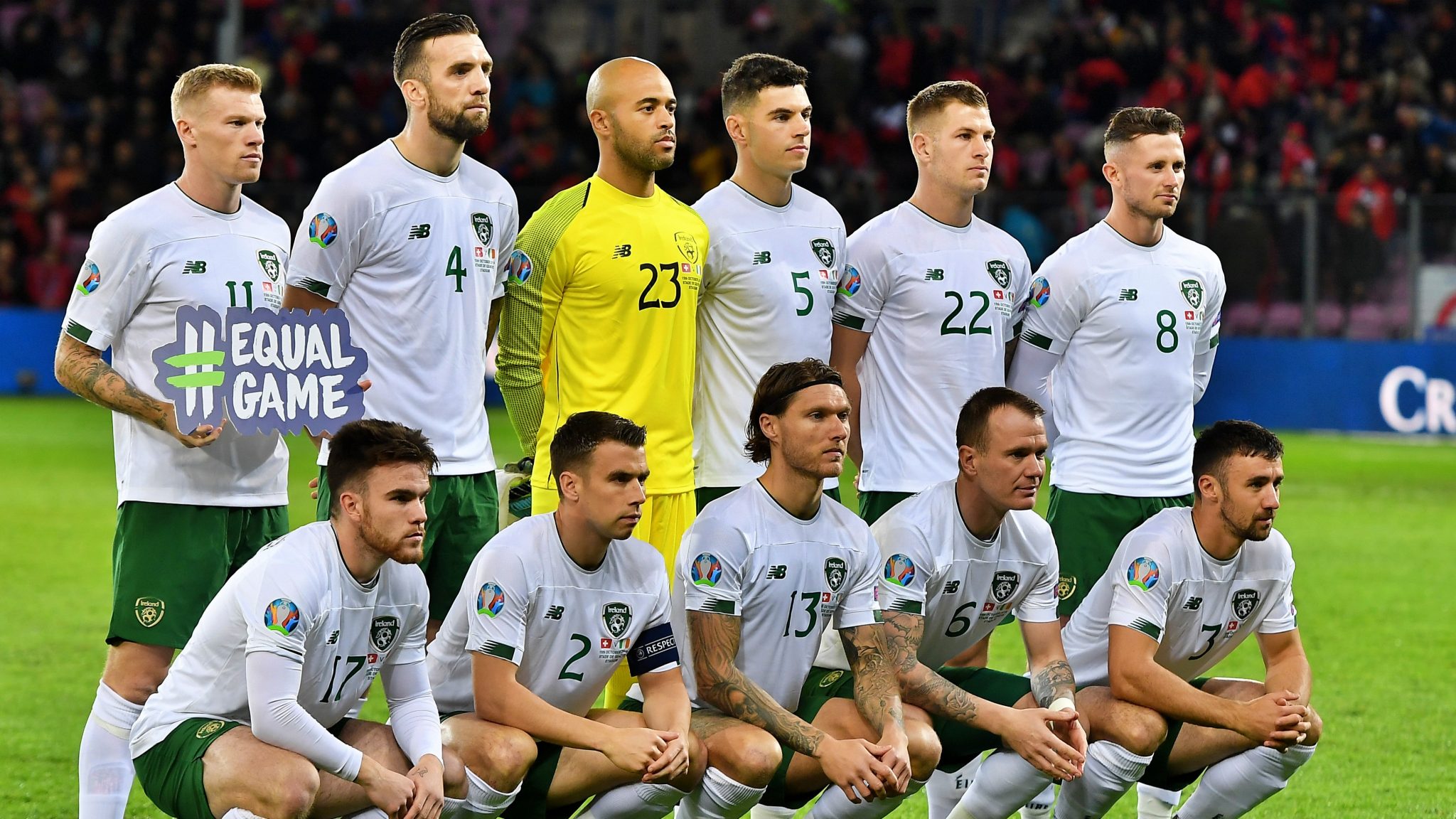 As Paddy McKenna noted on The Football Spin [below], the Irish back five - including goalkeeper Darren Randolph - is now our biggest strength. Enda Stevens is an attacking upgrade on Steven Ward while John Egan, in for the injured Richard Keogh, looks solid.

Matt Doherty, one would dearly hope, will slot in for the suspended Coleman so that gives Ireland two full-backs that have good motors for getting up in support of attacks.

In midfield, we are drafting back James McCarthy, now playing regularly for Crystal Palace, and Robbie Brady. The Burnley midfielder is short of game-time at Sean Dyche's side but hopefully that changes in the coming weeks. Glenn Whelan and Jeff Hendrick starting again in an Irish midfield would not inspire confidence as we try to knock over the Danes.

END_OF_DOCUMENT_TOKEN_TO_BE_REPLACED

The alternative for Brady would be Shamrock Rovers playmaker Jack Byrne, who was not even in Tuesday's match-day squad.

We would play a fluid 4-3-3 that can change into a 4-5-1 when the Danes are in possession and, as they inevitably will for periods, looking a threat. The wingers, then, would be Callum Robinson and Aaron Connolly, who will be tasked with getting forward in support of the fit again David McGoldrick.

That leaves the likes of Hendrick, Alan Judge, Sean Maguire, Kevin Long and Alan Browne on the bench, along with James McClean. The Stoke midfielder has been poor in his last two outings but could be a lively sub in the latter stages.

While we're at it, get Shane Long on the bench and keep a close, close eye on Michael Obafemi [Southampton] and Troy Parrott [Tottenham].

CATCH THE LATEST EPISODE OF THE FOOTBALL SPIN HERE:


popular
QUIZ: Can you name all 24 champions of the English football league?
QUIZ: Name the countries these World Cup footballers play for
The SportsJOE 12 o'clock quiz | Day 77
You'll need to be on top form to get 20/20 in this 1980s footballers quiz
SportsJOE 2000s Football Quiz | Round 4
One of the UFC's most hyped prospects admits to copying Conor McGregor
Report: What Conor McGregor's new UFC contract is worth per fight

You may also like
3 days ago
How Jacob Stockdale took the power away from online trolls
4 days ago
Tadhg Beirne raring to go again after gruelling double injury rehab
6 days ago
"Paulie was like Casper the Ghost... he had lost about two stone in the two days"
1 week ago
Nigel Owens on how the O'Driscoll and O'Connell captaincy dynamic worked
1 week ago
Tadhg Beirne on the Wayne Pivac request that helped change his career
1 week ago
Baz & Andrew's House of Rugby - Tadhg Beirne and John Cooney
Next Page