There had been a slew of bookings, a penalty, a sending off and a penalty save. Surely we had missed an Irish substitute coming on... ?

In the closing 30 minutes of Ireland's Euro 2020 Qualifier defeat to Switzerland, Mick McCarthy's men were given lifelines and the best they could muster up was winning a few corners.

Callum O'Dowda, Glenn Whelan and Jeff Hendrick all sought to find that sturdy head of Shane Duffy - the answer to all of our problems - but only one delivery did. Duffy got a header on target but it was straight at Yan Sommer.

John Egan controlled a fizzing Seamus Coleman pass and swivelled, only to scuff his shot wide when Aaron Connolly was unmarked inside him. And that was about the height of it.

Perhaps Coleman's sending off scrambled the brain-trust [McCarthy, Terry Connors and Robbie Keane] on the sideline but no further subs came on after the 69th minute. With players like James McClean and Alan Browne flagging - and a shattered Glenn Whelan hauling himself around the sodden pitch - McCarthy did not use his last allotted sub.

10 men playing out the last 15 minutes on a heavy, rain-soaked pitch and in desperate need of a spark. Fresh legs.

That meant the likes of Callum Robinson, Alan Judge, Seanie Maguire and Conor Hourihane had to watch on as their teammates struggled to maintain possession long enough to even mount a sustained attack. Matt Doherty could have done a job up the right wing in that final 15 minutes but he was another unused sub.

One of the worst calls, though, had been made before a ball was even kicked (or hoofed) in anger. 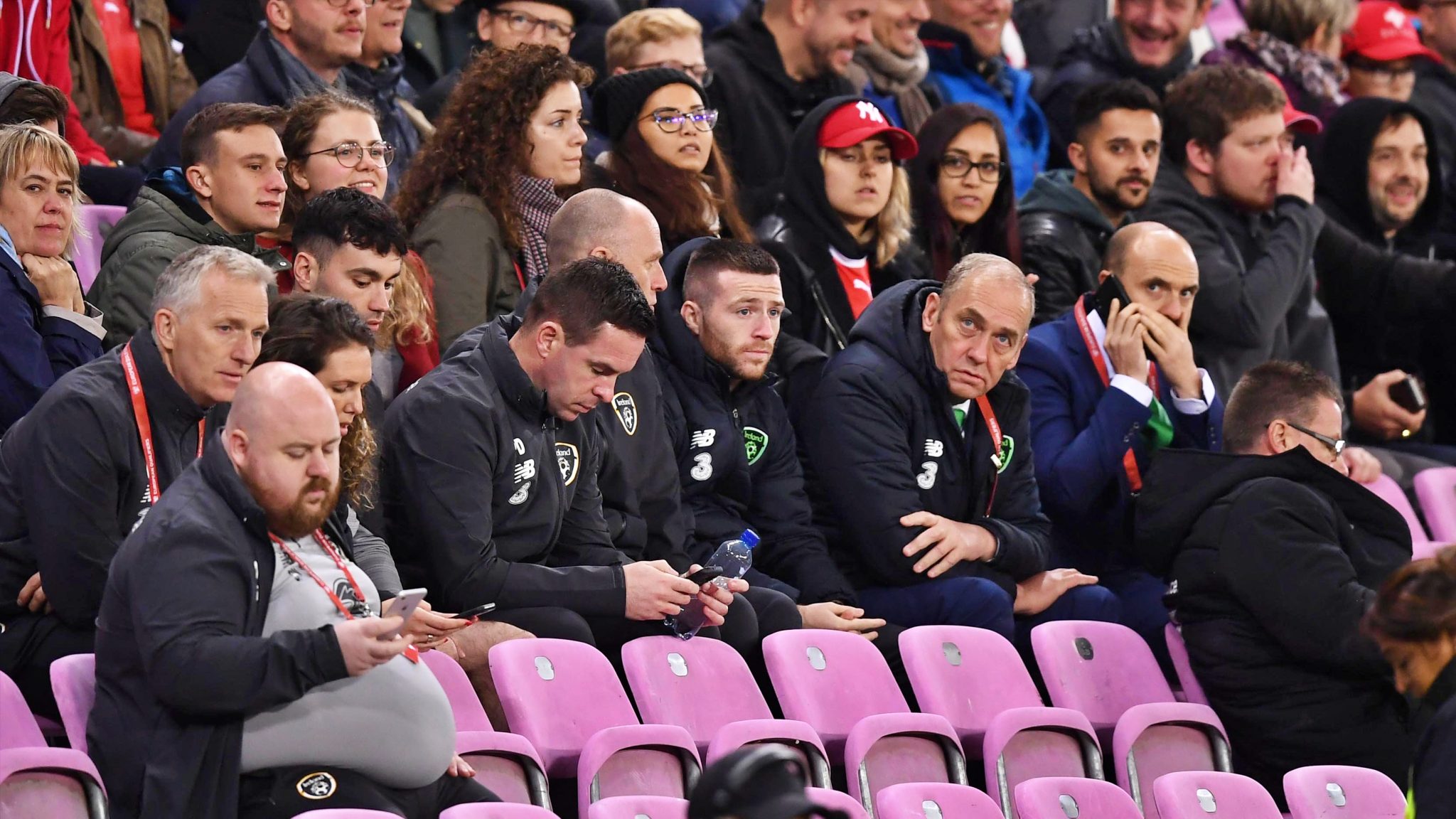 Jack Byrne was not deemed worthy of the match-day 23. He watched the game from the stands, surrounded by members of the FAI backroom team. 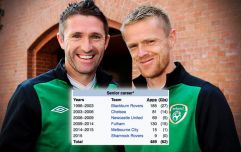 END_OF_DOCUMENT_TOKEN_TO_BE_REPLACED

Byrne has only one cap to his name, having made his debut against Bulgaria last month. He is no messiah - not yet anyway - but he deserves more than that solitary cap, so far, and he deserved to feature against the Swiss.

To me, having watched Jeff Hendrick, Whelan and Hourihane struggle against Georgia, Byrne would have been a strong shout to make Ireland's starting XI. On The Football Spin, Dion Fanning felt so too.

"Jack Byrne not being involved in that game at any stage was staggering. Absolutely staggering.

"There was nothing that the Ireland team were doing that was better than what Byrne could do."

Instead, McCarthy left him out in the cold.

Here is a lad that has proved he is comfortable and unhurried in possession and someone who can play smart balls through the lines. A creator in that Wes Hoolahan mould and one that played a big hand in two of Ireland's three goals against Bulgaria.

McCarthy opted to go with Alan Browne and tossing the Preston midfielder in from the start was worth a gamble. He struggled, but he was certainly not the only one. Hendrick and McClean were under par again but McCarthy continues to back them.

Even as a Bohs fan, I recognise the quality of Jack Byrne and to have him omitted from the 23 man squad tonight is depressing. Okay, not playing at the highest level, but he showed in those few mins v Bulgaria, that he can step up and provide the quality needed. 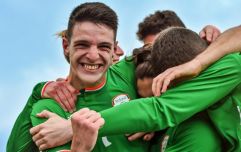 END_OF_DOCUMENT_TOKEN_TO_BE_REPLACED

Organisation, desire and a good goalkeeper will get you to where Ireland are right now - in with a shout but with the odds starting to hurtle against them.

He may not be the answer but he is worth a damn sight more than McCarthy reckons.

CATCH THE LATEST EPISODE OF THE FOOTBALL SPIN HERE:


popular
The SportsJOE 12 o'clock quiz | Day 69
SportsJOE 2000s Football Quiz | Round 1
"I went up to the hotel, got attacked in the room and told I'm no longer Tipperary captain"
The SportsJOE 12 o'clock quiz | Day 67
QUIZ: Name the footballers to have played for Manchester United & Real Madrid
QUIZ: Name these footballers based on their former teammates
QUIZ: Name every All-Ireland football winner of the last 33 years?
You may also like
2 days ago
Baz & Andrew's House of Rugby - Tadhg Beirne and John Cooney
4 days ago
'We knew how much it meant to them' - Conrad Smith on Croke Park history lesson
4 days ago
"I was like, 'Your ribs will be broke, alright, if I get my hands on you again!'"
5 days ago
Baz & Andrew's House of Rugby - Mike Brown on past battles with Ireland
5 days ago
Online media excluded from another important IRFU briefing
6 days ago
"Just to clarify, it was an accident" - Mike Brown on Conor Murray incident
Next Page