Ireland knew they needed a victory tonight to secure a place into the Euro 2020 tournament. Switzerland are the 11th ranked in the world and the pressure was on the them to get a victory as anything less than three points would knock them out of the running.

Going into the game, Swiss have only lost one offer previous six home meetings at the Irish. Ireland were unbeaten in their last nine matches with four wins and five draws which was their longest run since June 2012. But, unfortunately on Tuesday night, Ireland were handed their first loss this qualifying campaign.

Ireland didn't start the game well with their passing erratic; they needed to restore some composure and order. Switzerland's first goal arrived in the 16th minute after poor covering from Whelan to let Mehmedi slip who laid the ball for Seferovic to score the only goal of the game. The midfield was constantly getting opened up by some slick Swiss passing sequences. Ireland's midfield and defence finished the first half pretty much camped in their half and had to concede a foul on more than one occasion when the Swiss threatened. 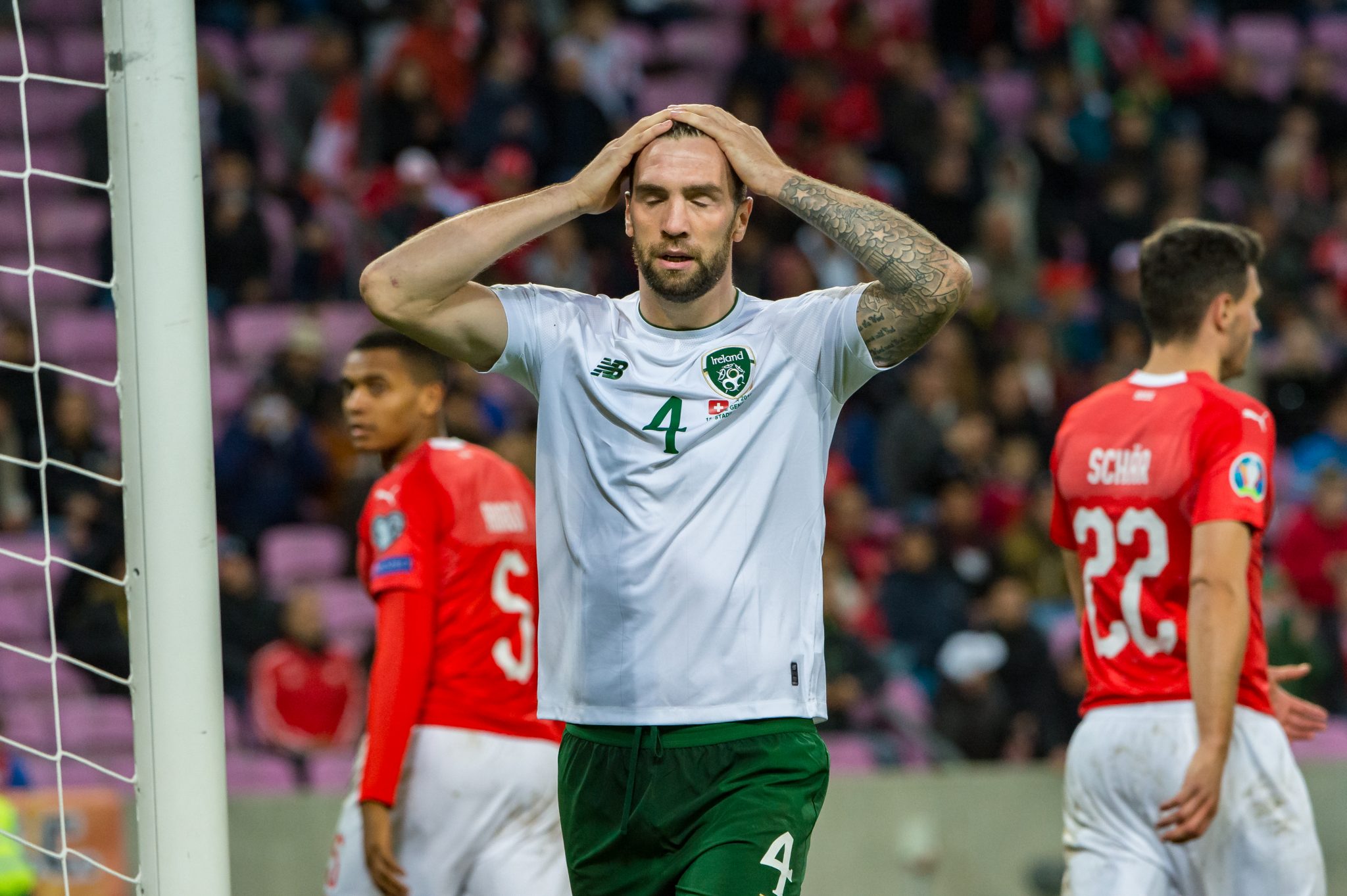 Ireland were struggling to keep the ball, they were poor in their passage of play and often popped hopeful long balls forward. When they did get the ball, they just didn't make the most of it.

The second half was better performance from McCarthy's men, they kept the ball better and made some promising inroads into the opposition box but the Swiss were resolute, maintaining their shape and not conceding any clear cut chances. And then, in extra time, the Swiss pressure paid off after a Fernandes shot was deflected into goal by a Duffy block for a final 2-0 score. A perfect compendium of Ireland's night.

0 - Republic of Ireland have failed to score in back-to-back competitive matches under Mick McCarthy for the very first time, having never done so during his first reign as manager between 1996 and 2002. Desired. pic.twitter.com/ZRHZrDtyF4

Ireland have it all to do against Denmark next month and need a win to ensure passage through to the Euros.

END_OF_DOCUMENT_TOKEN_TO_BE_REPLACED

Has been magnificent throughout this qualifying campaign and this game was no different. Wasn't really at fault for either of the goals scored and made at least three crucial saves throughout the game to keep his side in contention for a result. Pulled off a brilliant penalty save in the 77th minute and certainly didn't deserve to have two goals land in the back of his net by the end of the game.

Came off his line to help drive the ball forward and was solid in defence. Marshalled the back well and got in some trademark, crucial blocks.

Formed a good partnership with Duffy and doused a couple of Swiss attacking fires. Displayed moment of magic in attack that almost led to a goal.

Decent. Did struggle at times against the pace of Embolo on the counter or in one vs one situations but showed awareness when defending from set pieces.

Not as comfortable on the ball in green as he is in a Sheffield United jersey.

Attempted to progress the ball on the flanks but without real substance. Pace seems to be weaning.

Should've done more to prevent the first goal when he ended up losing a contested header against Mehmedi before Seferovic scored. From then on, Whelan ran himself into utter oblivion.

Often dropped into midfield to provide an extra body to defend and win back the ball and also linked up to build the attack on occasion. Made a crucial block off an Embolo shot in the 64th minute but despite his effort, the end product was often lacking and got yellow carded for a silly challenge of Lichsteiner.

Disappointing. Gave the ball away on occasion and didn't play to with composure. Caught out of position against the pace of Embolo in the 54th minute and received a yellow card for his efforts.

Was poor in passing as well and found himself overrun by the Swiss attack. Nabbed a yellow card for a tackle on Lichsteiner to add to the misery.

Harsh to blame the youngster as he was starved of any quality service and was played out of position for large parts.

Couldn't produce anything of note going forward and was largely anonymous for 45 minutes before being substituted at halftime.

Came on as halftime sub for Collins but was deprived of quality service and couldn't muster anything of substance in during 45 minutes.

Came on as a replacement for Connolly. Had some moments out on the right wing but was largely isolated and unsharp for his 20-odd minutes on the pitch as Ireland receded into their half with the game ebbing to a close. Dropped into midfield to build play but overall, had little to contribute.


popular
Roy Keane's first impression of Cristiano Ronaldo proved to be very accurate
The 14 Irish players Down Under as TG4 come up with the goods once again
The SportsJOE 12 o'clock quiz | Day 290
Lady Gaga will perform Satanic ritual during Super Bowl halftime show, according to conspiracy theorist
QUIZ: Can you name all of these 1990s GAA stars?
UFC fight cancelled for incredibly dumb-sounding reason
The SportsJOE 12 o'clock quiz | Day 289
You may also like
3 days ago
"That was the one game that I cried after" - Mike McCarthy
1 week ago
Ireland's best uncapped prospects for the Guinness Six Nations
1 week ago
Darren Cave tells House of Rugby about one part of rugby he definitely doesn't miss
1 week ago
"He's ruptured his hamstring off the bone and he’s trying to get up into the defensive line"
2 weeks ago
"I got the scan and it was literally broken in half" - Ciara Griffin on her first Ireland training session
1 month ago
"I don’t know what his problem is with me" - James Lowe on Liam Williams clash
Next Page