Oxford United became the latest football league club to be publically shamed for its matchday catering offering this week. But it was their food offering that got most people talking after the game.

Fans took to social media to share pictures of the burgers available inside the stadium, with the dire effort getting picked up by the viral Footy Scran account. 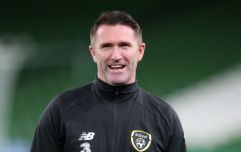 END_OF_DOCUMENT_TOKEN_TO_BE_REPLACED

The quality of food and drink at football games has become a hotly-discussed topic of late and was recently the focus of one (ahem) critically-acclaimed book urging fans to consider options outside the grounds.

But it isn't all bad.

Speaking to JOE, Footy Scran has revealed the top grounds in England for a bite to eat, recommending two trailblazing non-league clubs among the entries.

Here are the clubs breaking the mould when it comes to quality grub in England.

Avro FC of the North West Counties Football League Premier Division have ripped up the rule book when it comes to matchday catering, teaming up with Macie's to provide some unrivaled food options. 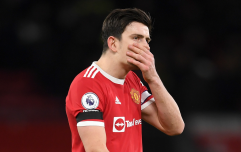 END_OF_DOCUMENT_TOKEN_TO_BE_REPLACED

The Oldham outfit, which plies their trade at The Vestacare Stadium, have become renowned for offering up some of the best scran on the market.

From a packed-to-the-brim breakfast wrap to stacked burgers, they're more than enough reason to check these non-league pioneers out.

Tottenham Hotspur has completely re-thought how to do game day catering after moving into their new £1 billion stadium.

From pints that pour up to street food stalls, live music and pub atmospheres the mantra at Spurs today is to get fans to arrive early and encourage them to stay late.

And with food options like this, I'd say they've pretty much hit the nail on the head.

Known for its fish and chips, Grimsby Town of League Two might not be the first place that comes to mind when you think about first-class gastronomy.

But by working with local vendors, the football club have completely ripped up that perception.

Here's a delicious effort from earlier in the season - perfect after a few pre-match pints.

Folkestone Invicta of the Isthmian League Premier Division have found their way onto this list thanks to their partnership with Just The Ticket, a local catering company providing some next-level Mexican street food and burgers.

This bad boy will see you right on a chilly day on the Kent coast!

And a bit of curry goat never goes amiss either!

And finally, Hull City of the Championship have been widely lauded for getting it right on the catering front.

Fed up with the same old burgers and fries, they've looked to spice things up with cuisine from around the world.

This American-inspired Buffalo wing dish is enough to get you behind the Cod Army alone!


popular
Man United could be blocked from playing in the Champions League next season
Man United vs Leeds: Why the game won't be shown on Irish TV
French media's opinion of this Ireland team becomes clear as vital clash nears
Ireland team vs. France: Form players rewarded and a welcome return
Eight players to watch in tonight's Sigerson Cup semi-finals
Clive Woodward happy to 'eat humble pie' after bold comments about Ireland
"I should have been more mature" - O'Sullivan's injury trail a cautionary tale for Sigerson casualties