A late goal denied the Republic of Ireland a win away to Greece in Athens as they drew 1-1 to maintain their unbeaten start in Group I.

Amber Barrett had put Ireland ahead and it looked as though they would hang on to secure the three points, but Greece super sub Anastasia Spyridonidou fired in a goal late on. 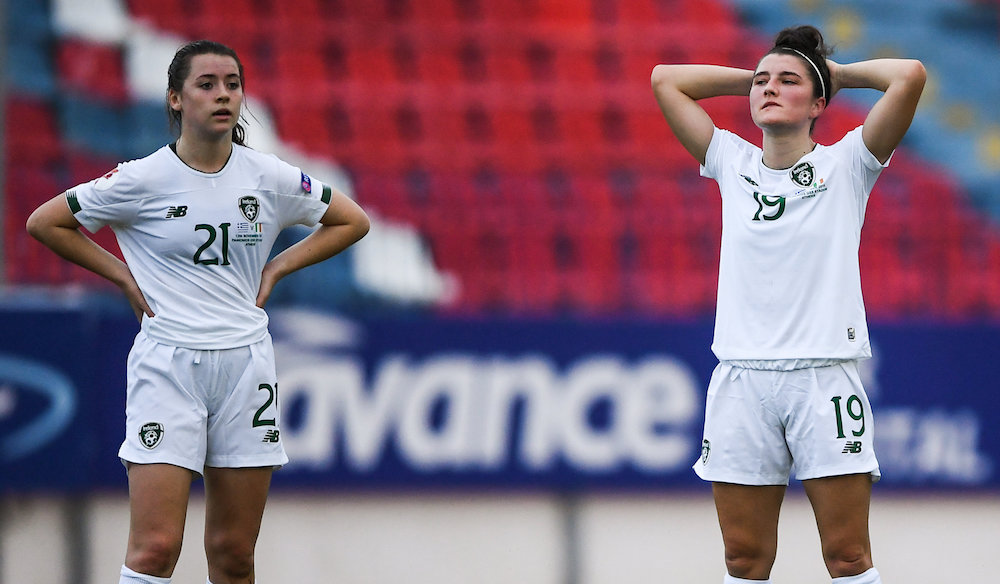 Vera Pauw's team had already beaten both Montengero and Ukraine on home soil, but this was an altogether different test and the manager made five changes to the starting line-up that included giving a senior debut to Jamie Finn.

A positive start allowed Ireland to dictate the tempo from early on with the running of Denise O'Sullivan, Leanne Kiernan and Emily Whelan wreaking havoc for Greece.

On 13 minutes, Katie McCabe picked the ball up wide on the left side and looked up to find a team-mate. The target was O'Sullivan, who had ran free of her marker, but the ball bounced beyond her and perfectly into the path of Barrett who deftly lobbed goalkeeper Anthi Papakonstantinou for her second senior international goal.

Amber Barrett with the goal... what a 🍑 of a finish!#COYGIGpic.twitter.com/QeOJPGHLTf

Diane Caldwell should have hit the target on 41 minutes when she hooked over the bar after the home side failed to clear a free-kick from McCabe. But it was just another sign that Ireland looked the most likely to score next.

Then Ireland got a fright when they found themselves on the backfoot inside their own penalty and Christina Kokoviadou unloaded a shot that goalkeeper Marie Hourihan had to stretch to save. 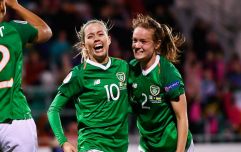 END_OF_DOCUMENT_TOKEN_TO_BE_REPLACED

Keeva Keenan was introduced at the beginning of the second half for Julie Ann Russell and it took little time for the visitors to regain their momentum. A neat exchange between Whelan and O'Sullivan saw the latter force Papakonstantinou into a fine save from close range.

The better football was played by the away team but Spyridonidou ruined their plans to celebrate another win as the substitute smashed in a superb volley in added time to level the scores.

Ireland will not be in action again until March 2020 when they host Greece before travelling to Montenegro in a double-header.

"It was disappointing not to win and to concede so late. We did everything we could to win the match and everybody worked hard but I could feel their goal coming,

"This result still keeps us in contention. There are still plenty of more games left in the campaign."


popular
The SportsJOE 12 o'clock quiz | Day 117
QUIZ: See if you can identify these retro football kit sponsors
Diarmuid Connolly's Boston heroics captured in stunning, evocative video
Clubs set for ticket mayhem with no more than 50 supporters per club
SportsJOE 2000s Football Quiz | Round 10
How many of the 49 Premier League clubs can you name?
The SportsJOE 12 o'clock quiz | Day 116
You may also like
7 months ago
Tampons and pads: Is Ireland "On The Baw"?
10 months ago
'Wizard' Moloney would make it onto the lads team too
10 months ago
"We're well able to strike the ball" - camogie does not need that handpass allowance
11 months ago
20x20 to take centre stage during Dublin and Mayo game
11 months ago
"Bloody woman driver... I just didn't care, I loved racing" - Rosemary Smith
11 months ago
"If you can just do your bit, it could change everything"
Next Page