Robert Redmond: You can't blame Declan Rice for wanting to play for England

The awkward truth is that Rice is right to take time to decide.

Declan Rice has not been included in the Republic of Ireland squad for the Uefa Nations League game against Wales next month. Ireland will play in Cardiff on September 6, in their first match in the new tournament, before travelling to Wroclaw to play Poland in a friendly on September 11.

Rice won't be part of the squad for the games, amid doubts over his international career with the Irish team. Martin O'Neill told reporters on Monday afternoon at the Aviva Stadium that Rice still needs time to decide on where his future lies.

Martin O'Neill: He (Declan Rice) is still deliberating. He is a young man. England have spoken to him. He is taking time to make his mind up. He has done brilliantly for us. I'm giving him a little bit of time. #COYBIG pic.twitter.com/jFvCzHmgY0

END_OF_DOCUMENT_TOKEN_TO_BE_REPLACED

The 19-year-old has won three caps for Ireland and was comfortably the team's best player in each game. However, the chances of him featuring in a green jersey again aren't as favourable as they seemed a few months ago.

Rice is from London and qualifies for Ireland through Irish grandparents. He has played for the country at underage level and excelled at senior level. He also impressed for West Ham last season and has understandably caught the attention of his native country.

END_OF_DOCUMENT_TOKEN_TO_BE_REPLACED

O'Neill revealed that England have contacted Rice. If he had played against Wales, he would have been tied to Ireland as the game counts as a competitive international. The Ireland manager said he was hopeful that Rice will return to the squad eventually, but it will be an anxious wait from an Irish perspective to see how the situation develops.

There will be a lot of Ireland fans who are unhappy with Rice's decision. Former Irish international Kevin Kilbane said on Twitter that he would rather Ireland were "ranked 150th in the world and never qualify again" than call-up someone who is unsure about their international allegiance.

With such a low success rate, the focus on exporting young players can't be considered successful

However, unfortunately, it's just not that simple. Rice evidently feels allegiance to both Ireland and England. He has lived in London his entire life but is also in touch with his Irish heritage. It's only natural that he would have his head turned when his native country approaches him about representing them.

END_OF_DOCUMENT_TOKEN_TO_BE_REPLACED

Nationality isn't as simplistic as some might argue. It's a complex concept and not something a 19-year-old spends much time thinking about. The one-dimensional idea of Irishness, and what it means to be Irish, shouldn't apply here. It's perfectly possible that Rice feels both Irish and English, the two notions of identity aren't contradictory, and that should be respected. 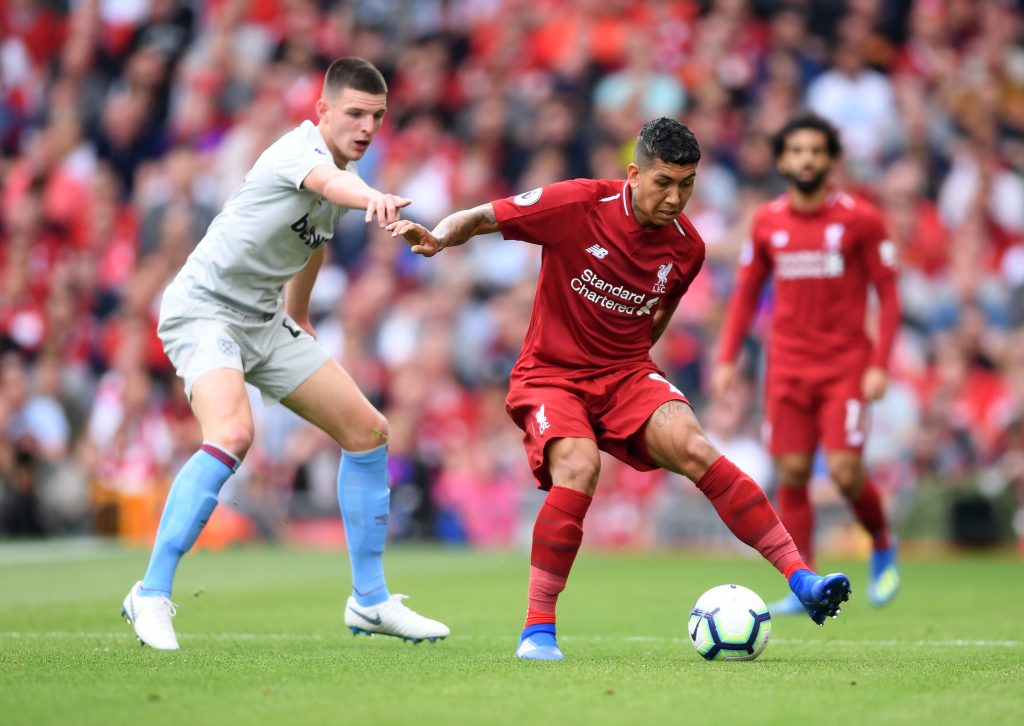 Rice is also a professional footballer, and the word "professional" needs to be highlighted. He has to follow his head as much as his heart and make a decision that will help his career prospects.

If he feels that his career will progress by representing Ireland and becoming a key part of the team as they seek to qualify for Euro 2020, then that would be brilliant for the national side.

Professional football may be a lucrative career, but it is also a short one, and a player is right to make the most of it while they can.

Harry Maguire is valued at £75m after impressing for England at the World Cup. If he had played for Ireland, would he be rated so highly or have such a big profile? If Seamus Coleman represented England, would he not be playing for a Champions League team by now?

We would like to think that professional football is a meritocracy, that the best will reach the top based on their ability and hard work, but it doesn't always work that way. The higher your profile, the better chance you have of making it to a big club, earning big money and winning trophies.

Playing for England also offers Rice the chance to feature at the highest level, something every footballer wants to do. Gareth Southgate's team reached the semi-finals of the World Cup. The semi-finals and the final of Euro 2020 will be staged at Wembley. They will have a great chance of making an impact at the tournament in two years' time and such an experience is a once in a lifetime opportunity for a footballer. 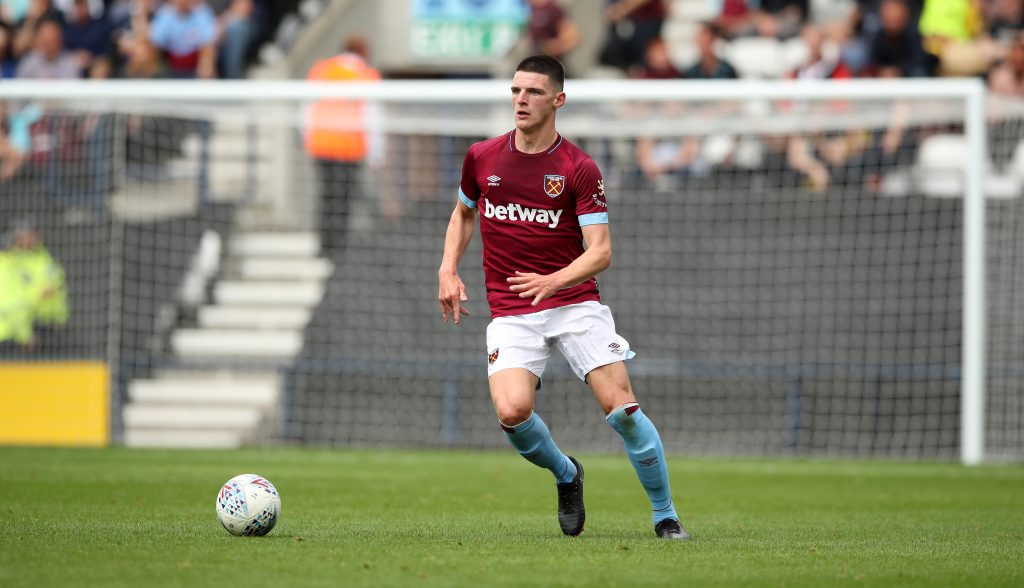 Judging by the squad O'Neill named on Monday, Ireland will be fortunate to reach the European Championships. The current squad would, unfortunately, do little to entice a footballer unsure about their international future. The country last qualified for a World Cup in 2002.

The uncomfortable truth is that Rice is probably right to try play for England if that is what he eventually decides to do.

Southgate has talented players but the playing pool is somewhat shallow in comparison to 10 or 20 years ago. If Rice can play regularly over the next two seasons, he will be in contention for the England squad and the manager clearly rates him if he has made contact. 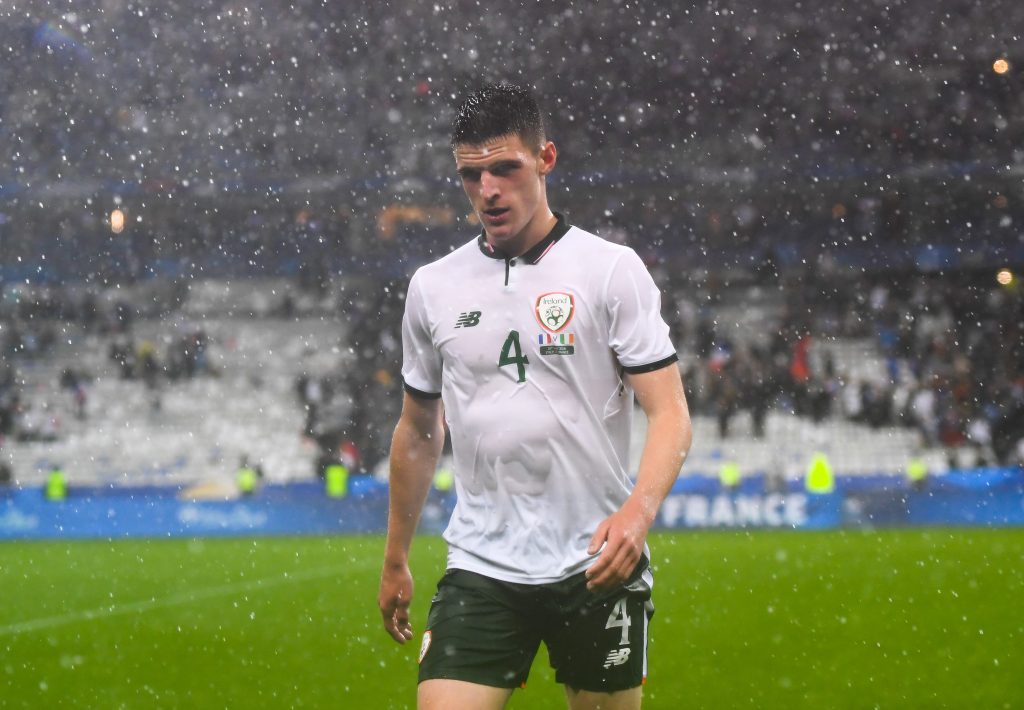 Like Jack Grealish, Rice is more than capable of playing for the country. The 19-year-old is a central defender by trade but impressed for Ireland in central midfield. At the World Cup, Southgate had defenders such as Gary Cahill and Phil Jones in the squad, and midfielders such as Jordan Henderson and Ruben Loftus-Cheek.

Rice may not be better than any of those players at the moment, but in two years' time, he could be ahead of them. He is very talented, comfortable on the ball, intelligent and he reads the game well. He has the potential to play at a high level.

If Rice does decide to switch allegiance to England, Irish football should use this as a moment for reflection, rather than turning on a teenager. Ireland has relied on another country to develop players for decades and it is no longer a feasible model. 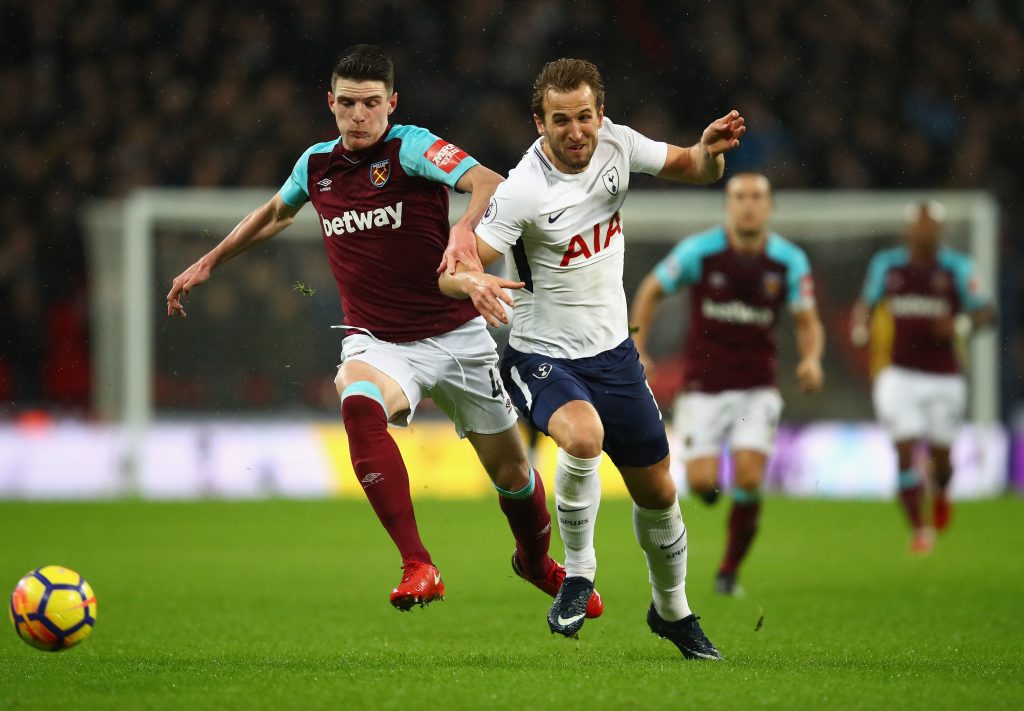 If Ireland is to ever have a national team that can regularly qualify for major tournaments, we can't just rely on British players of Irish heritage to declare for the national team.

For far too long, Irish football has depended on English football, using it as a market to export players and as a way to recruit players eligible to play for Ireland. Those avenues are now closing. Talented English players of Irish descent are being selected for their national team and English football doesn't need Irish players the way it once did. That should be of greater concern than a 19-year-old who isn't sure about which country to represent.


popular
Sean Dyche set to be named Everton manager after Marcelo Bielsa talks break down
Roy Keane flatly rejects longstanding perception of ex-Man United midfielder Paul Ince
Allianz National Football League Round 1: All the action and talking points
Roy Keane leaves ITV pundits in stitches after Pep Guardiola's pre-match interview
Conor McGregor hit by car ‘at full speed’ while cycling
Quiz: Identify these 15 football clubs that are not named after a place
"I don't like to fill my time that way" - O'Hora going his own way in an era of obsessives and covering all bases
You may also like
1 month ago
Roy Keane cracks ice cold Ireland joke after France lose World Cup final to Argentina
1 month ago
Ireland reportedly line up Lee Carsley as next national team manager
1 month ago
Talksport presenter puts Martin O'Neill to the pin of his collar over Declan Rice and Jack Grealish
1 month ago
UEFA fine FAI €20,000 for Ireland dressing room song
1 month ago
The 10 England World Cup footballers who could have played for Ireland
1 month ago
Shay Given on how far Ireland could've gone at the 2002 World Cup with Roy Keane in the team
Next Page