Martin O'Neill called his performance "exceptional" and it was difficult to disagree.

Declan Rice made his third senior appearance for the Republic of Ireland on Saturday night, starting in midfield for the 2-1 win over the United States. In his first match at the Aviva Stadium, Rice was brilliant and deservedly won the man of the match award.

It was an aggressive and intelligent performance from the London-native. He put pressure on the opposition, won the ball and started moves by driving forward and getting Ireland further up the pitch. He was also neat in possession and played a key role in the winning goal. 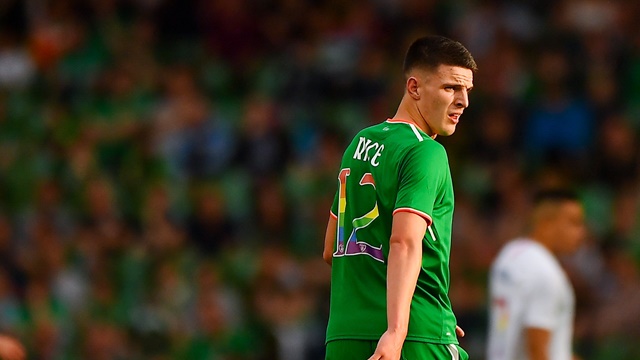 END_OF_DOCUMENT_TOKEN_TO_BE_REPLACED

For West Ham, Rice has played in central defence, but he looks very comfortable in midfield for Ireland. On the basis of his confident display on Saturday night, the 19-year-old is a certainty to start in the Uefa Nations League games against Wales and Denmark in the autumn. Those matches count as competitive internationals, so if he features, Rice will be ineligible to switch and play for England.

This will make O'Neill and Irish football fans rest a lot easier. Because Rice already looks like he will be more than good enough to play for England, and could become a massive player for Ireland.

END_OF_DOCUMENT_TOKEN_TO_BE_REPLACED

One moment in the win over the USA showed how important Rice could be for O'Neill and the Ireland team. The 19-year-old helped set-up Alan Judge's goal with a pass into James McClean on the edge of the opposition penalty area.

With the game drifting towards a 1-1 draw, Rice took the throw-in to begin the move and immediately sought for the ball back from Seamus Coleman. The Ireland captain originally ignored his request and tried to beat the American defenders by dribbling to the by-line. The path was cut-off, so the Everton full-back checked back inside and eventually passed to Rice, who held his position and kept demanding that he received the ball. 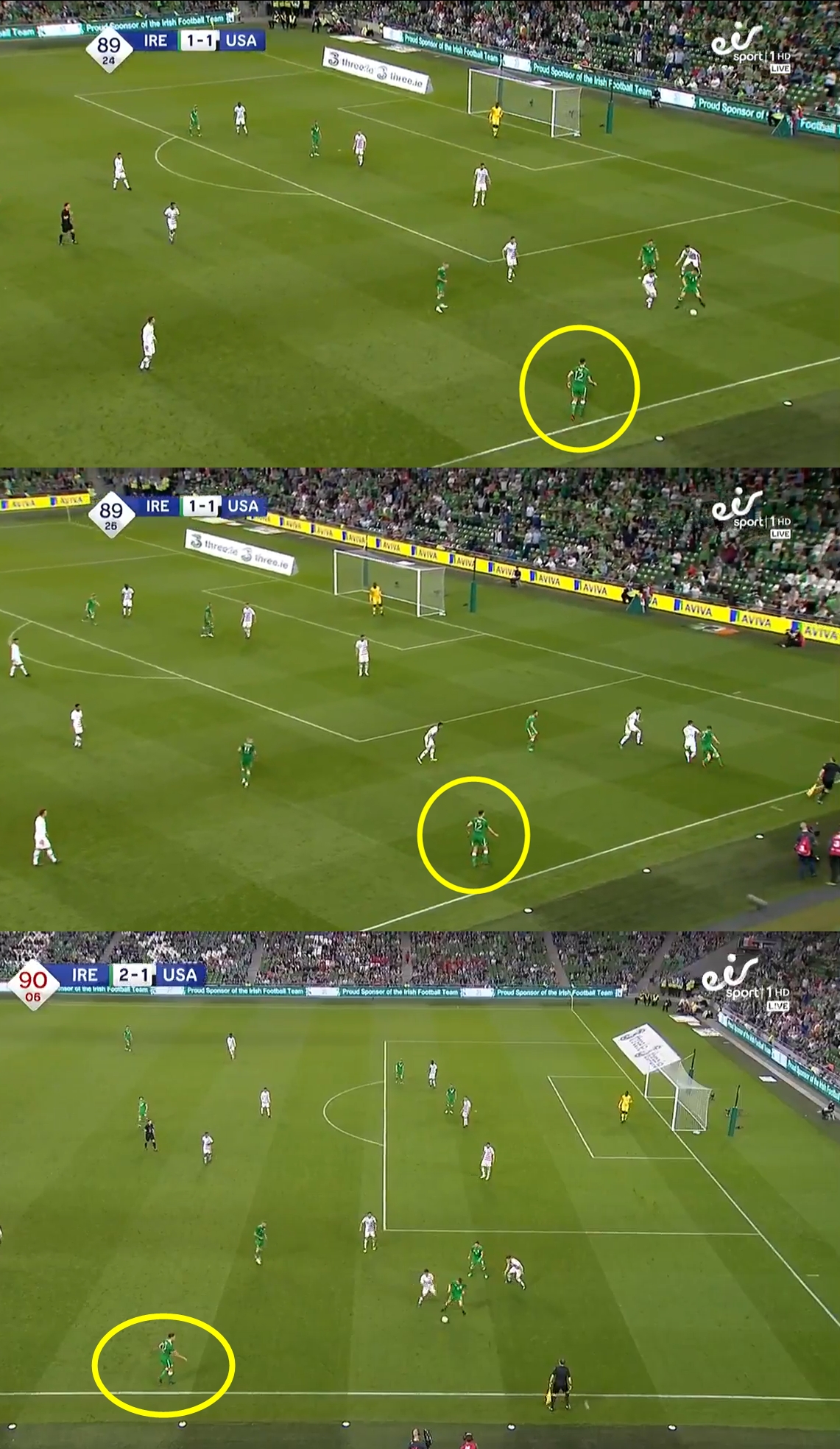 END_OF_DOCUMENT_TOKEN_TO_BE_REPLACED

Some pundits have claimed that it takes a player between 10 and 20 games to find their feet at international level and feel comfortable. Yet, in his first senior game in Dublin, Rice had no issue repeatedly demanding the ball from his captain and Ireland's best player.

That was admirable in itself, but Rice's decision making should also be praised. The pass to James McClean appears to be a simple one, as he has time to pick the pass and McClean had drifted into a pocket of space. However, the safer option - and the one we have seen most from Ireland players - would have been to cross the ball into the penalty area.

It's fair to say, some Ireland players would not have even looked to McClean on the edge of the box. The ball would have been crossed in the direction of Jonathan Walters, who may or may not have won the header. A cross into the penalty area is a lower-percentage pass and is easier for the opposition to defend. 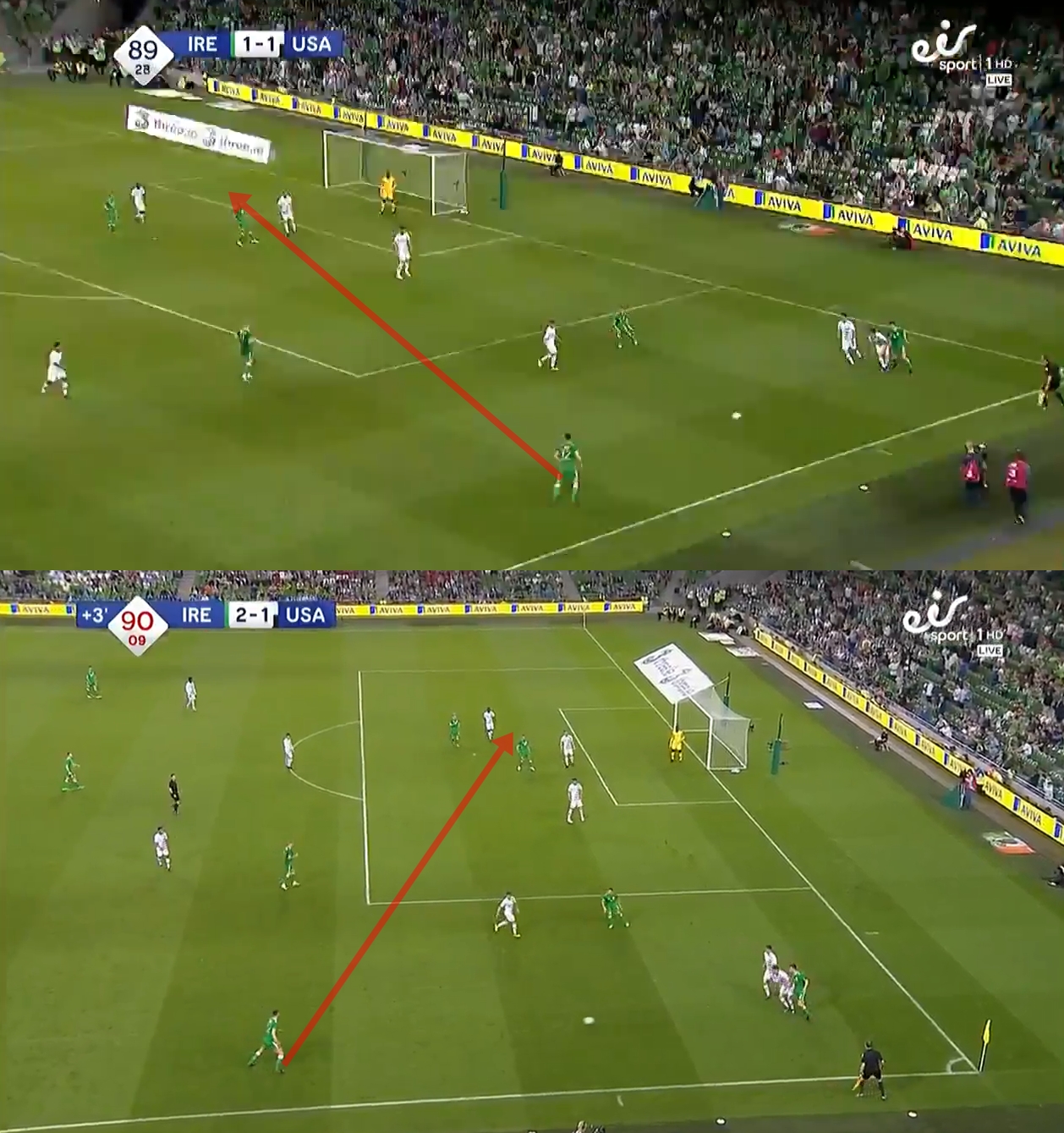 But Rice didn't seem to even consider the cross.

Before the ball came to him, he had his mind made up and could be seen glancing towards McClean in space.

The pass opened up the American defence and led to a goal thanks to a well-taken finish by Judge. Rice's awareness and pass made the move. 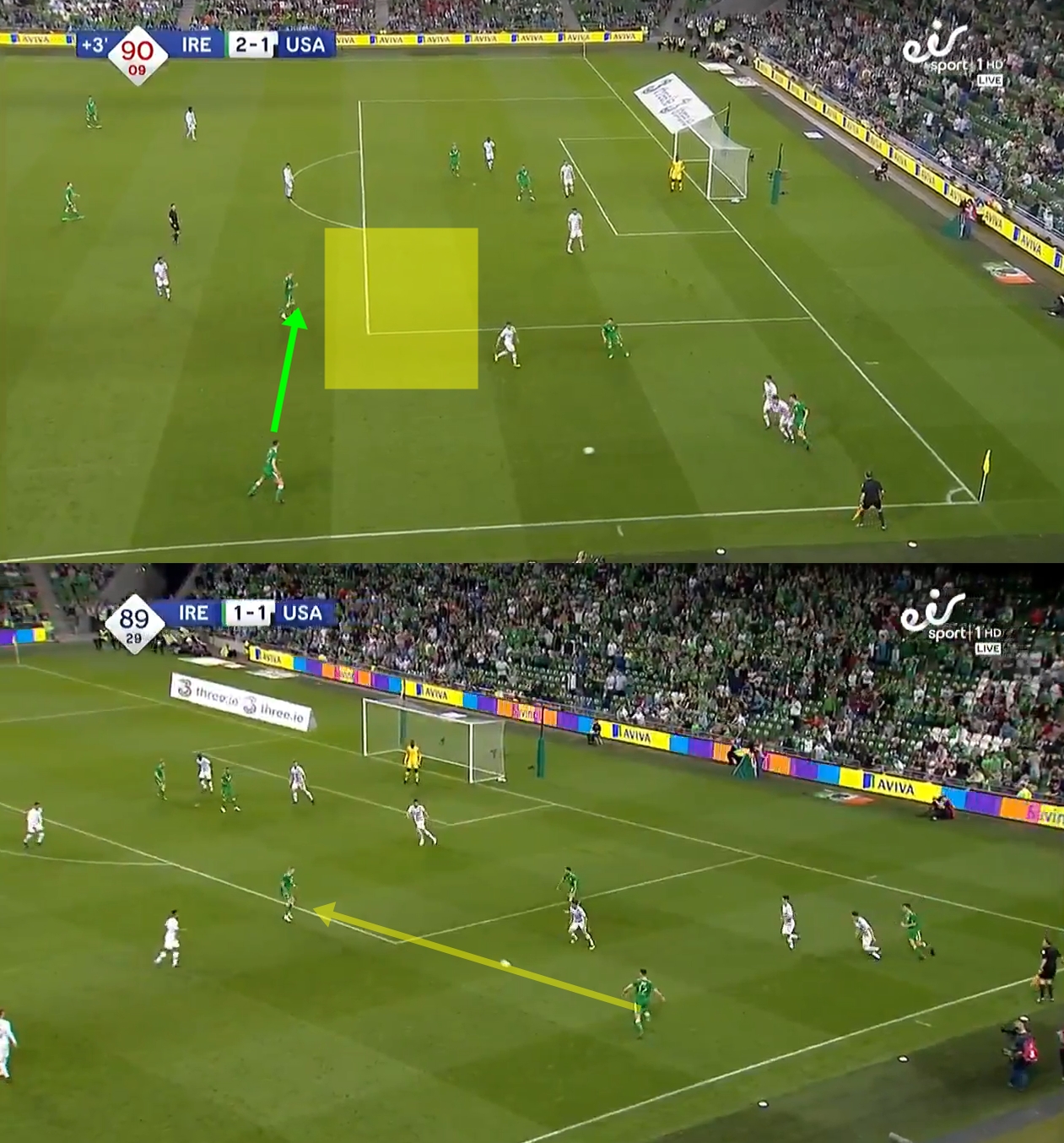 It may seem like a simple passage of play to highlight, and it wasn't exactly an Andres Iniesta defence-splitting pass. But, within the context of the Ireland team, where there appears to be no discernible pattern of play, and the primary pass is a long hoof from the back, Rice's ball is noteworthy and very encouraging.

It was the type of simple but effective pass that Roy Keane would have played and Rice showed the qualities needed to excel at international level - qualities often lacking from the Ireland team. He was composed and decisive, conveying excellent awareness and the confidence to pass into feet. 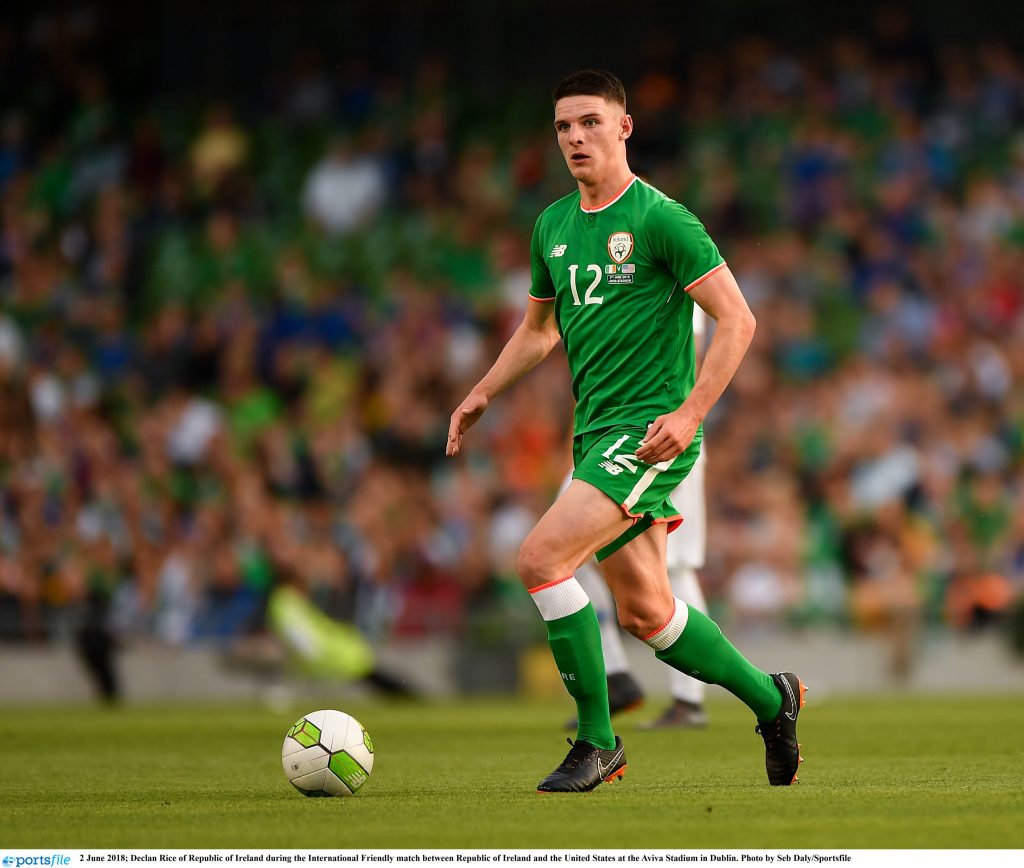 O'Neill's praise of the player was justified, saying that he "can't speak more highly of Declan."

"Even when he was surrounded by opponents, I knew he’d come away with the ball," the Ireland manager told reporters following Saturday's match.

"He’s played some delightful passes, both short and long, and he can deal with the ball in possession, something we need in our team."

Well deserved after all @10judgey has been through!#IRLUSA #COYBIG pic.twitter.com/wmo26Vm0HR

Rice told eir Sport that he worked on "looking to get us playing... to build up the attacks" in training before the USA and France friendlies, which will also music to O'Neill's ears. In addition to his football ability, the West Ham defender appears to already have the confidence and maturity to thrive at international level.

He may be only 19, but Rice looks destined to become a key player for Ireland and is an absolute certainty to start the matches against Wales and Denmark.

"I've gone out there looking to get us playing."

Hard to believe this lad is still just 19.

You may also like
1 month ago
Roy Keane cracks ice cold Ireland joke after France lose World Cup final to Argentina
1 month ago
Ireland reportedly line up Lee Carsley as next national team manager
1 month ago
Talksport presenter puts Martin O'Neill to the pin of his collar over Declan Rice and Jack Grealish
1 month ago
UEFA fine FAI €20,000 for Ireland dressing room song
1 month ago
The 10 England World Cup footballers who could have played for Ireland
1 month ago
Shay Given on how far Ireland could've gone at the 2002 World Cup with Roy Keane in the team
Next Page