"Best team in the tournament, for me."

It will be strange not to have Damien Duff on the punditry beat for the Euro 2020 semi-final between England and Denmark, on Wednesday. With Didi Haman subbing in for him tomorrow, he at least had a cracker of a game to work on.

Ahead of the game, Duff and Richie Sadlier had great fun talking about Italy's 'dark arts' and how they seem to thrive when there is a lead to be protected and a clock to run down. 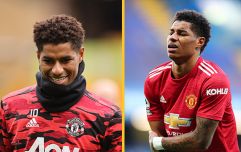 END_OF_DOCUMENT_TOKEN_TO_BE_REPLACED

When host Darragh Maloney brought up how players like Ciro Immobile and Lorenzo Insigne have been buying relatively cheap free-kicks during the tournament, Duff turned the chat to 'taking contact' and going down, as opposed to diving.

Duff admitted that he often sought contact and did not hesitate to hit the deck if he was nibbled or nudged in full flight. When Maloney asked if going down easily was not "cheating", Duff - with his tongue firmly in cheek - remarked that he had never been called up for a dive. He was almost daring Maloney to throw the word cheat out again; a glint in his eye.

The first half was a cagey affair, with Dani Olmo having Spain's best chance and his goalkeeper, Unai Simon, seemingly addicted to haring off his line to cause panic in his defence.

Italy were not as fluid or fancy as we had previously seen them in the tournament and Duff was asked, at the break, what Roberto Mancini needed to change. "I'm not sure," he responded.

"Italy would have an ugly side, and by that I mean, Italy have it within them to go play the ugliest 90 minutes ever and go win with a sucker-punch, and that would not surprise me at all."

There was nothing ugly about the counter-attack goal rattled in by Federico Chiesa after 62 minutes, as he latched onto a breaking ball, cut inside and curled the ball past Simon.

The Italian fans, and two bucks from Kerry, were loving it... 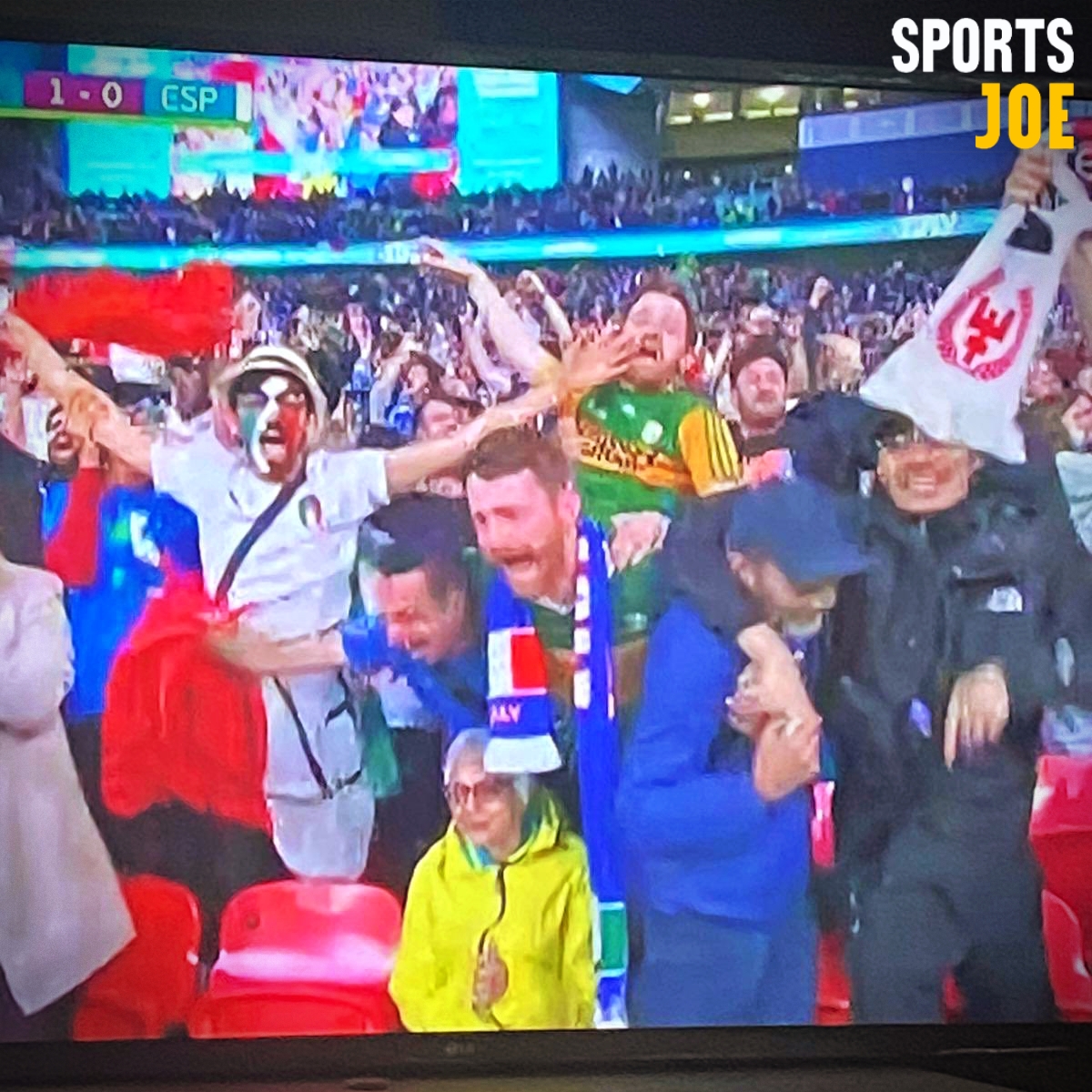 We were all set for another classic Italian rear-guard action, and that is what we got for the next 20 minutes. Alvaro Morata hesitated over one decent look at goal and was blocked down. Just as many Spanish fans may have been cursing the striker - and Danny Murphy was writing him off, over on BBC - Olmo put him through on goal and it was 1-1.

No breakthroughs before the whistle went at the end of 90 minutes. Duff was expecting Italy to continue the counter-attacking but stressed that Spain had 'fully deserved their equaliser'. 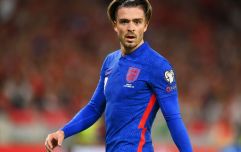 END_OF_DOCUMENT_TOKEN_TO_BE_REPLACED

Italy were clinging on for dear life in extra time and it helped none when Chiesa went lame after pulling a muscle. Duff had not given up on an Italian win, though, as he noted how Spain had missed seven of their last 10 penalties. "Italy will fancy it on penalties," he said.

The second half of extra time saw both sides clam up and it was off to penalties. As Chiellini rough-housed and joked with Jordi Alba, Duff made his call to 'hang my hat on Italy' for the shoot-out.

In the end, when the cookie crumbled, it was a Morata miss and a cool Jorginho finish that clinched it for Italy.

"Best team in the tournament for me, so far," Duff declared.

"To win a semi-final of a European Championship like that, Jorginho, oh my God!"

He hoped that the 'trolls and keyboard warriors' would give Morata some relative peace.

"I hope the people in Spain put their phones away tonight."

As for that Wednesday game between England and the Danes, Duff remarked:

"I'd love to see Denmark getting through. If you thought 1992 [when they won] was a Hollywood story, this would top it... I built up a portfolio on these guys for two years. I probably know more than Denmark than my wife!"

He will be missed on RTÉ on Wednesday night. You hope he's watching the game with his dad, and a pint.


popular
"I never really cried or got emotional over what I've done as an individual. I couldn't give a s***"
Six golfers that could improve Europe's fortunes at 2023 Ryder Cup
"If I break my wrist, it's on f***ing both of you." - Koepka and Berger act the spoiled child
"I was off the grid" - Aidan O'Shea respond's to Mayo criticism after club championship win
The FootballJOE Pub Quiz: Week 7
'I won The Open by six shots in my home country, but this was the best week of my golfing career'
Garry Ringrose raves about four young Leinster stars to watch this season
You may also like
3 weeks ago
Jack Grealish reveals he was down to take the 6th penalty vs Italy
1 month ago
Tyrone Mings reveals he struggled with mental health during Euro 2020
1 month ago
Lamont Marcell Jacobs continues Italy's golden summer with 100m win
2 months ago
Police release images of men wanted in connection to Euro 2020 final chaos
2 months ago
QUIZ: How well do you remember Euro 2020?
2 months ago
Footage surfaces of Southgate asking Rashford, Saka and Sancho to take their penalties
Next Page