Boxing, at its very core, is genuinely the purest sport in the world.

Two fighters who have trained relentlessly hard, sacrificed so much to get themselves into combat-ready condition, and stepped into the ring under the bright lights to fight their opposition in a game of physical chess.

If you've never been in the ring yourself, you genuinely can't comprehend how difficult it is, as Mike Tyson once said: "Everyone thinks boxing is a tough guy's sport, but it's not, it's a thinking guy's sport. 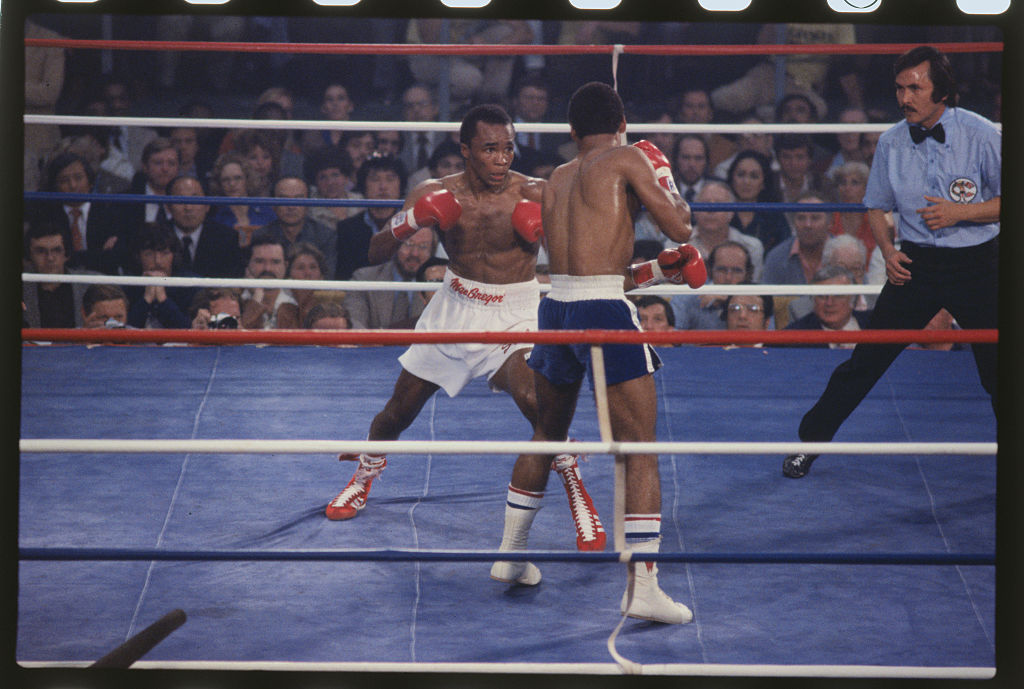 Tommy Hearns is pushed towards the rope by Sugar Ray Leonard during their 1981 fight in Las Vegas.
Advertisement

"A tough guy will get seriously hurt in a boxing ring."

END_OF_DOCUMENT_TOKEN_TO_BE_REPLACED

What he means is that so much of this calculated violence is about controlling your emotions, being hyper focused and yet calm in the face of danger.

Another person is literally trying to inflict as much pain on you as they possibly can, but you need to be composed enough to know when to step in, close the range, feint, parry, trap them into coming forward so you can counter, avoid their counter to your counter, keep control of the centre of the ring, avoid that big left hook, finish your combinations with a slip - oh - and don't get knocked out. 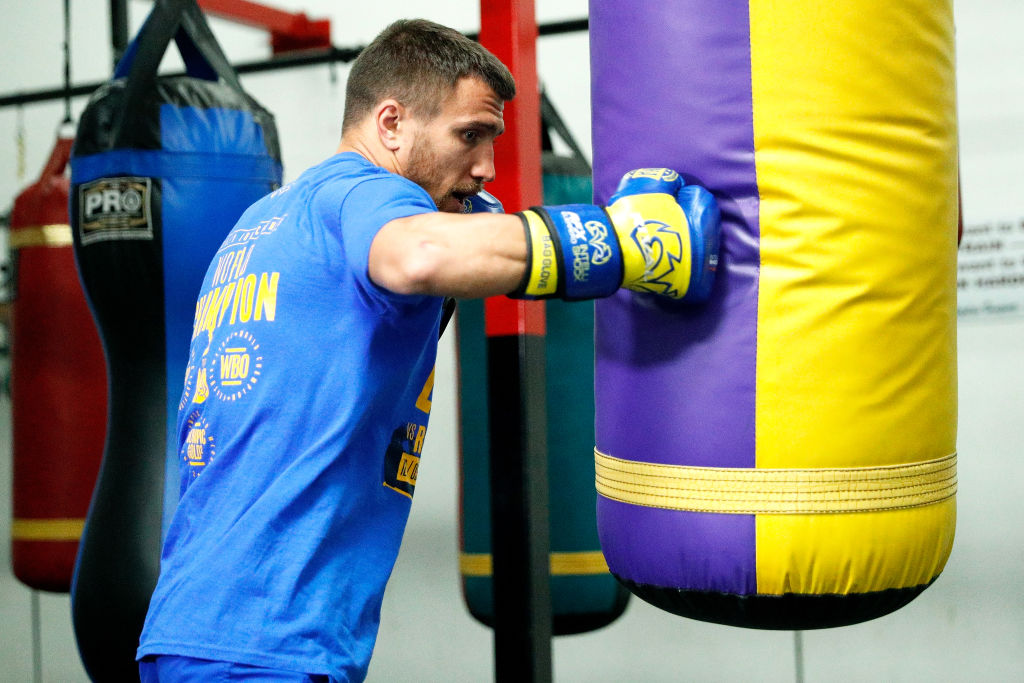 END_OF_DOCUMENT_TOKEN_TO_BE_REPLACED

There are no lies in a boxing ring, as the better fighter on the day - the person who can control their emotions and execute the gameplay under pressure - will always prevail.

However, the world in which this sport lives in is a dirty, corrupt, greedy, messy environment, where anything even close to the truth is sniffed out. 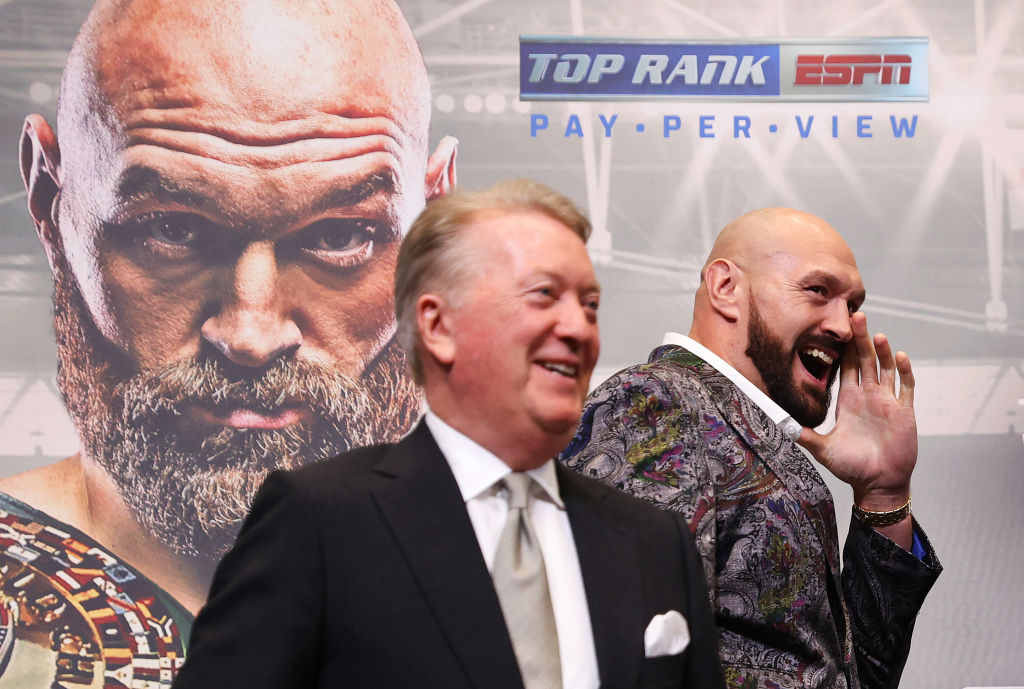 In 17 weight divisions, you can have up to five different belts that will claim you hold the world title, and then each of these organisations also have a silver, regular, or interim versions thrown in as well, just to dilute the value even further.

Judges have consistently been corrupt, producing ridiculous score cards and robbing good fighters of opportunities that they earned, because the other guy has the big promotion team backing them.

Then on top of this, Daniel Kinahan, who has been named in the High Court as the controller and manager of the Kinahan crime organisation, has been one of the biggest influences in the sport. 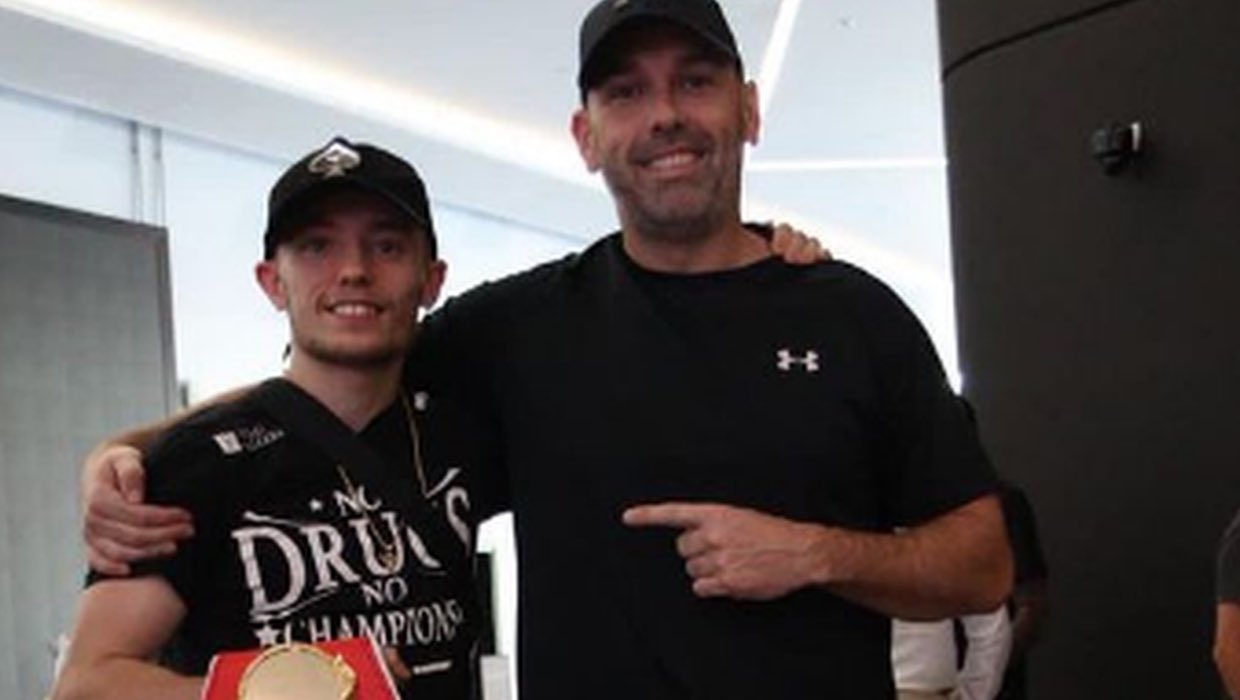 This has been public knowledge for years, and some of the biggest names in the sport such as Billy Joe Saunders, Sunny Edwards and Tyson Fury, have all been very public about their involvement with him.

That is until now, when the shit has finally hit the fan, and in one of the most cowardly acts in recent times, the heavyweight champion of the world and supposed 'man of the people,' Tyson Fury, has came out and completely skirted all responsibility.

"I've said this to quite a few people this week. I don't get involved in other people's businesses and I keep mine to myself and that's it. 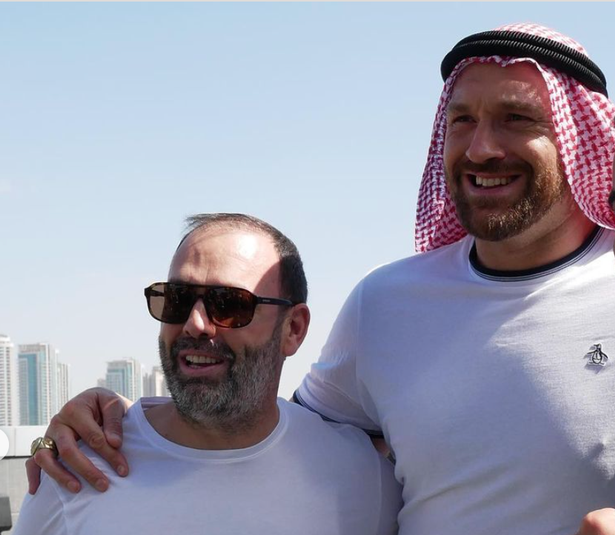 "What other people do in their lives, I've got my own troubles and my own problems to work on myself with a wife and six kids. I keep my business to myself.

"Has it been a distraction? Not really, it’s got nowt to do with me, has it? In my life, I’ve got a man who wants to punch my face in next week and I’ve got to deal with that. Anything else is out of my control." 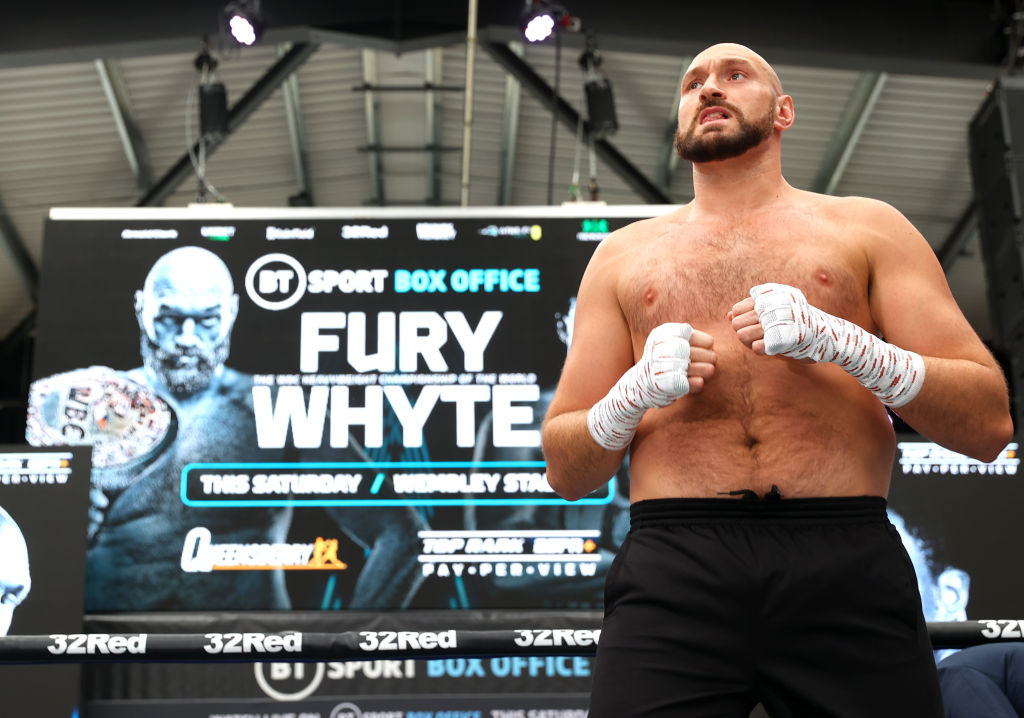 Pressed on whether he no longer had any kind of relationship with Daniel Kinahan, Fury said: "That's none of your business and none of anybody else's business I think, is it? My business is my business, your business is yours, and that's it.

"It's got nothing to do with me in boxing. I'm just a stupid boxer who gets punched in the face for a living. If I wasn't, I wouldn't be here would I?"

Asked about being pictured with Kinahan in Dubai in February, Fury played down the image. 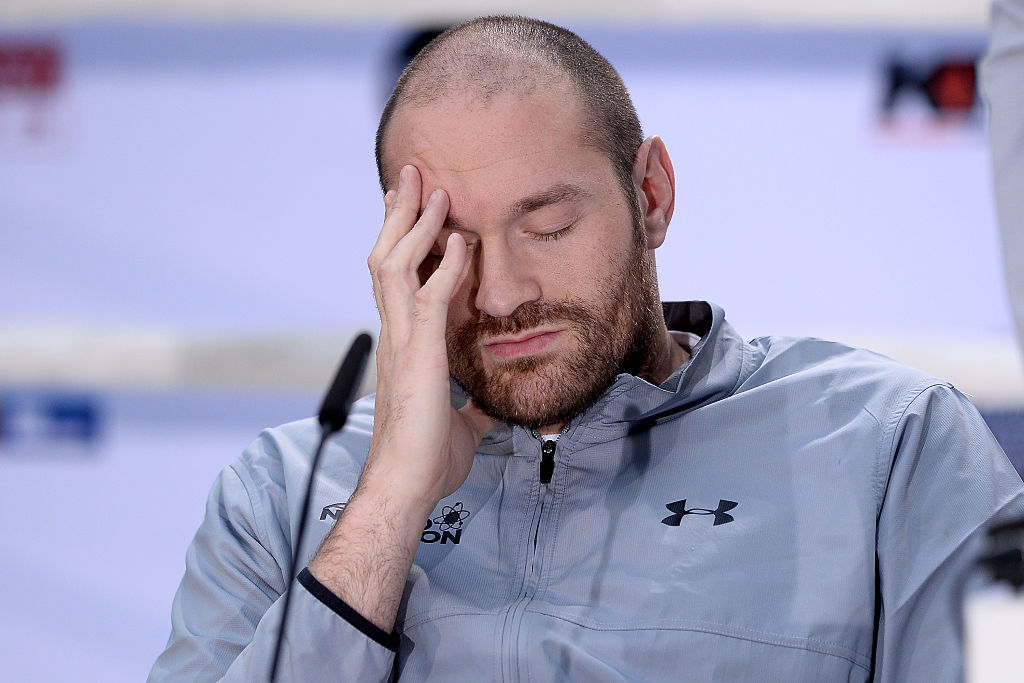 "A picture doesn't mean I am a criminal," said Fury. "I can’t control who is in the building. There could be a criminal in this building now. It doesn’t mean I am involved in his criminal activity, does it?"

My advice for any young boxing fan, is to forget these big names and so-called heroes - if you love the sport, then go into your local boxing club.

Watch the coaches who give up their free time after working eight hours in their day jobs to teach kids how to get their feet right. 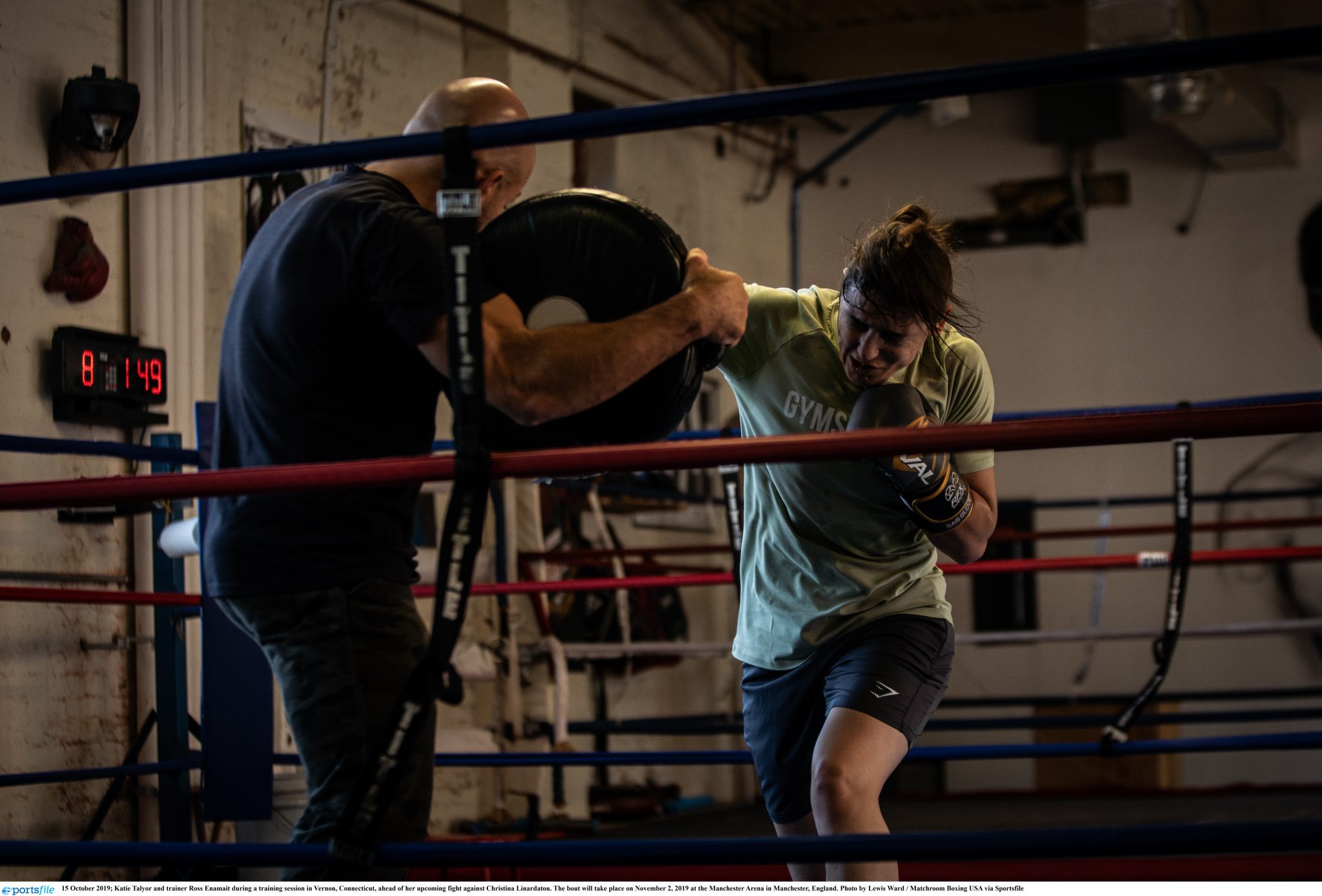 Watch the teenagers who instead of going out with their friends drinking and getting up to no good, are working hard to cut weight and prepare for their next fight.

Have a look at the men and women, who are lawyers, policemen, businessmen, builders, engineers, and teachers by day, but are brave enough to put their bodies through the rigorous demands of training, all to better themselves.

There is good in this sport, and it is worth saving, but we have such a long way to go.


popular
Ireland set for 82,000-seat World Cup opener as Arsenal reject huge Katie McCabe bid
"Every team did it!" - Paul O'Connell on Roy Keane comment to Ronan O'Gara that he couldn't deny
Owen Farrell praises Johnny Sexton in revealing interview ahead of Six Nations
Everton release brutal 59-word statement to confirm Anthony Gordon departure
"It's crazy to think Bundee Aki might come straight in and start against Wales"
Shane Lowry confirms amicable split from caddie after four and a half year partnership
Two Ireland stars included in Premier League's 'young English XI'
You may also like
1 week ago
Chris Eubank admits that he regrets "ugly build-up" to fight with Liam Smith
1 week ago
Liam Smith throws uppercut from the gods to stop Chris Eubank in fourth round
1 week ago
Floyd Mayweather announces his first ever UK fight at the O2 Arena
1 week ago
Liam Smith asks Chris Eubank if he is gay in the most bizarre press conference you will ever see
1 week ago
This weekend boxing fans finally have a real fight to watch that isn't wannabe YouTubers
2 weeks ago
Chris Eubank Jr destroys Conor Benn with brutal tweet
Next Page