"The peace of mind I have now, I'm glad I never did it." - Egan backs Harrington's decision to stay amateur

Olympic silver medalist Kenneth Egan says Kellie Harrington made the right decision by staying amateur - just like he did.

Harrington mulled over turning pro after clinching gold at the Tokyo Olympics but will instead focus on retaining her lightweight title in Paris in 2024.

END_OF_DOCUMENT_TOKEN_TO_BE_REPLACED

Egan, who won his medal in Beijing in 2008, admitted he's 'delighted' with the decision and said Harrington can join an elite group of back to back gold medalists.

Egan himself came close to entering the professional ranks in 2009 after being wooed by US promoter Joe Winters but backed out at the last minute and has no regrets.

Speaking at the launch of European Week of Sport 2021 which runs from September 23-30, Egan said: "I'm delighted, Kellie Harrington has made the right decision. It's the decision I would have made if I was in her shoes.

"She's 31 now, she's an Olympic champion, she's funded by the Sports Council, she has ample opportunities for advertisements and sponsorships for the next three years running up to Paris.

"There was talk that if she went pro, she could have had a few fights and then fought Katie Taylor in Croke Park. It's not as easy as that. Anything could happen in those years. 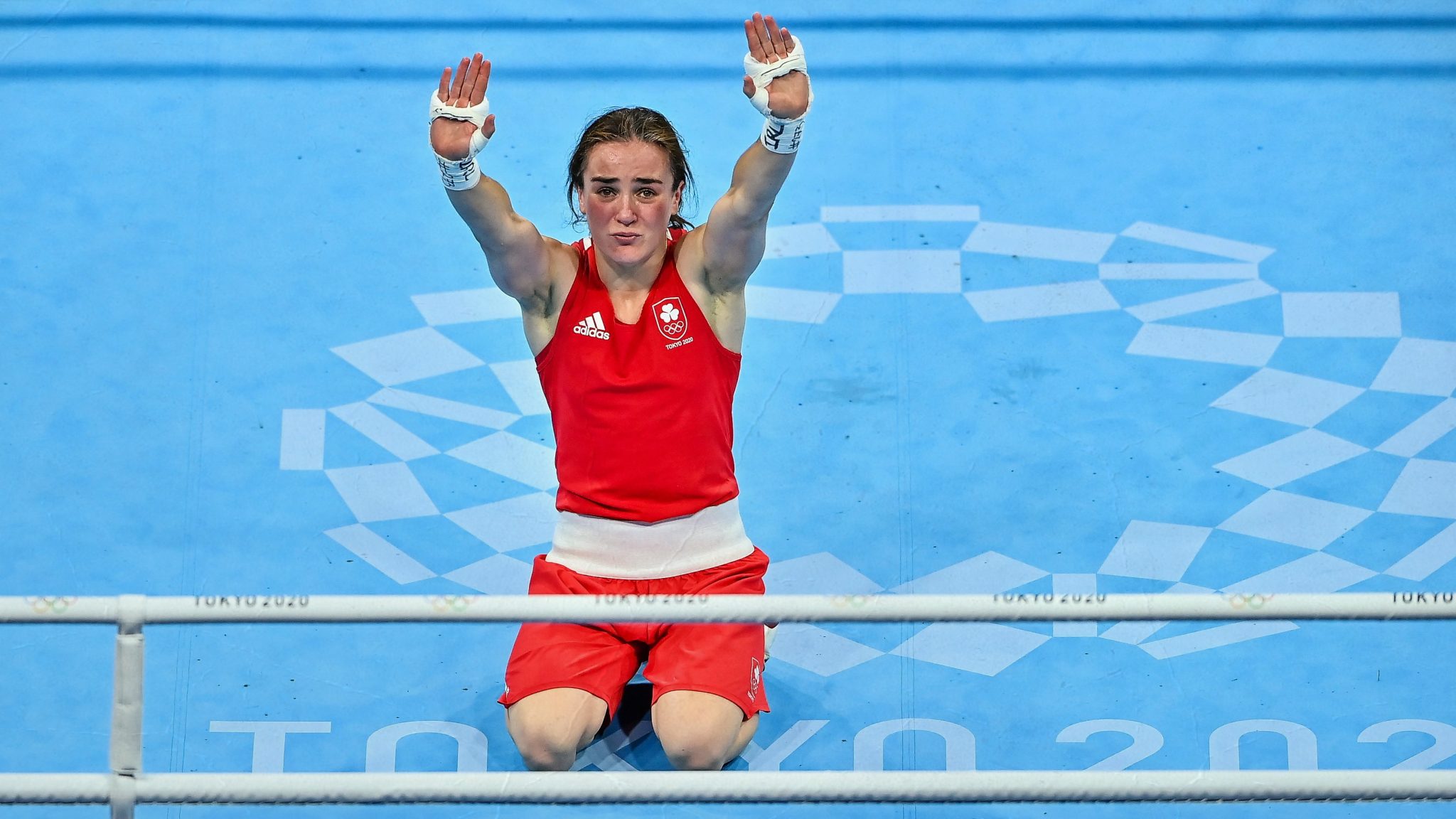 "Imagine she committed to the pro game and Katie Taylor got a bad injury or retired for some reason. What happens then? What does Kellie do then? 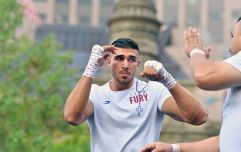 END_OF_DOCUMENT_TOKEN_TO_BE_REPLACED

"She's right to stay amateur, she can capitalise on what she's done, she can make a few bob, she's got a good head on her shoulders, she's very grounded and she has a great family around her. I'm delighted that she made the right decision."

On potentially emulating US icon Claressa Shields and the UK's Nicola Adams by winning back to back Olympic gold medals, Egan said it's possible.

The former 10-in-a-row Irish amateur champion said: "That's very elite company to be in. I think she can go out there and give a great account of herself and why not win gold for a second time? She has the opportunity to do that now."

Having operated in Taylor's shadows for many years as an amateur, back to back medals would elevate Harrington to greatness in her own right.

Egan said: "If she goes on and does this double, then Katie Taylor will still be Katie Taylor because she's on her own journey, but Kellie Harrington will be in a remarkable position in her own career."

END_OF_DOCUMENT_TOKEN_TO_BE_REPLACED

Egan, who has battled alcohol addiction, explained why staying amateur was the right decision for him too.

He said: "The peace of mind I have now, I'm glad I never did it. I wasn't in my right mind when I came back from the Olympic games, of course with the drinking and the madness. I was on the verge of signing on the dotted line but I said to myself, 'I can't sign on the line for this fella because I'm selling him a dud'. I wasn't training right, my diet wasn't right, I was drinking too much. I'm glad I didn't because if I had signed on that line, that was it then, I was in contract for God knows how many years.

"I'm in a good place now, I'm quite content. I don't have to take digs anymore, the training camps, the getting up early, the diet, all of that. No, I have no regrets whatsoever." 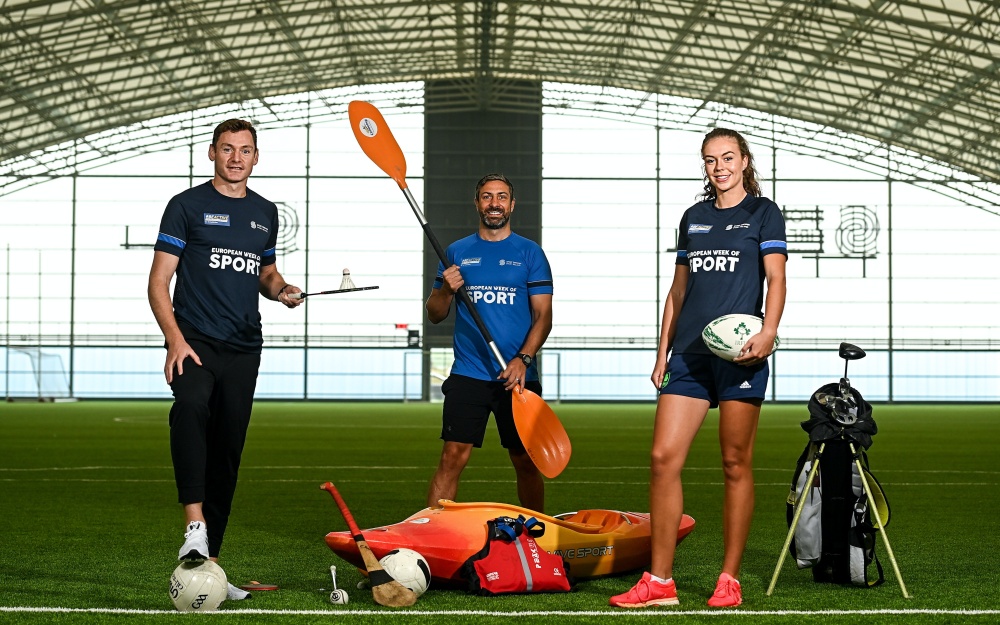 * European Week of Sport is a week-long celebration of sport which promotes physical activity in people of all ages, background, or fitness levels. Sport Ireland is calling on you and your family to get out and #BeActive between the 23rd - 30th of September and who knows, this may be the start of a new found love for sport. For more information and to find an event near you, see www.sportireland.ie/europeanweekofsport


popular
Galway fans' frosty reception for Davy Fitz doesn't make any sense
The most Stone Age tackle you've ever seen gets South African lock straight red card
'Brian was a genius... he would've killed you to even win a game of touch'
Ryan Manning hacked to the ground by Henri Lansbury in ruthless assault
"Johnno went, 'We’re not moving! You're trying to mess us about!'" - Ben Kay recalls red carpet controversy
Wallabies star bounces off Duane Vermeulen like a brick wall, gets yellow-carded
Final question of Ryder Cup press conference has Team USA in all sorts of trouble
You may also like
1 month ago
Michael Conlan's electrifying ring walk to Irish ballad will give you chills
1 month ago
Tyrone McKenna reveals what two things Irish people are good at in hilarious post-fight interview
1 month ago
Michael Conlan reveals his ring walk song for tonight's homecoming fight in Belfast
1 month ago
"The last mile is never crowded."
1 month ago
English boxer slammed for refusing to wear silver medal and 'sulking on podium'
1 month ago
Michael Conlan dreams of fighting for a world title at GAA stadium
Next Page