"It was a masterclass!"

Eric O'Donovan had it spot on. Kellie Harrington needed to deliver on the biggest stage, and she sure did.

The Dubliner was facing reigning world champion Beatriz Ferreira in the women's lightweight final at Tokyo 2020. The Brazilian had won her last 16 fights and had not lost a round at these Olympic games.

END_OF_DOCUMENT_TOKEN_TO_BE_REPLACED

After the first round, she kept up that trend. 'The Beast' came out of her corner like a whirlwind. She had won all three of her fights here by bringing the heat, pressing early and pressing hard.

It only took you 30 seconds to realise this was not just a step up for Harrington. This was a couple of levels up. She would have expected this, of course, but it is still quite an experience to be centimetres from haymakers and punishers.

Ferreira rammed the foot to the floor and took that first round. For many at these games, that opening round sets the tempo. If you lose, you're knee-deep in quicksand and sinking steadily.

For Harrington, though, there was something to hold onto. She was landing body and head-shots. She lost that first round, but two of the five judges scored in her favour. They saw what many of us were watching unfold on TV - Harrington was starting to figure the Brazilian out.

The second round was what won it for Kellie Harrington. This was when she turned the contest on its head. 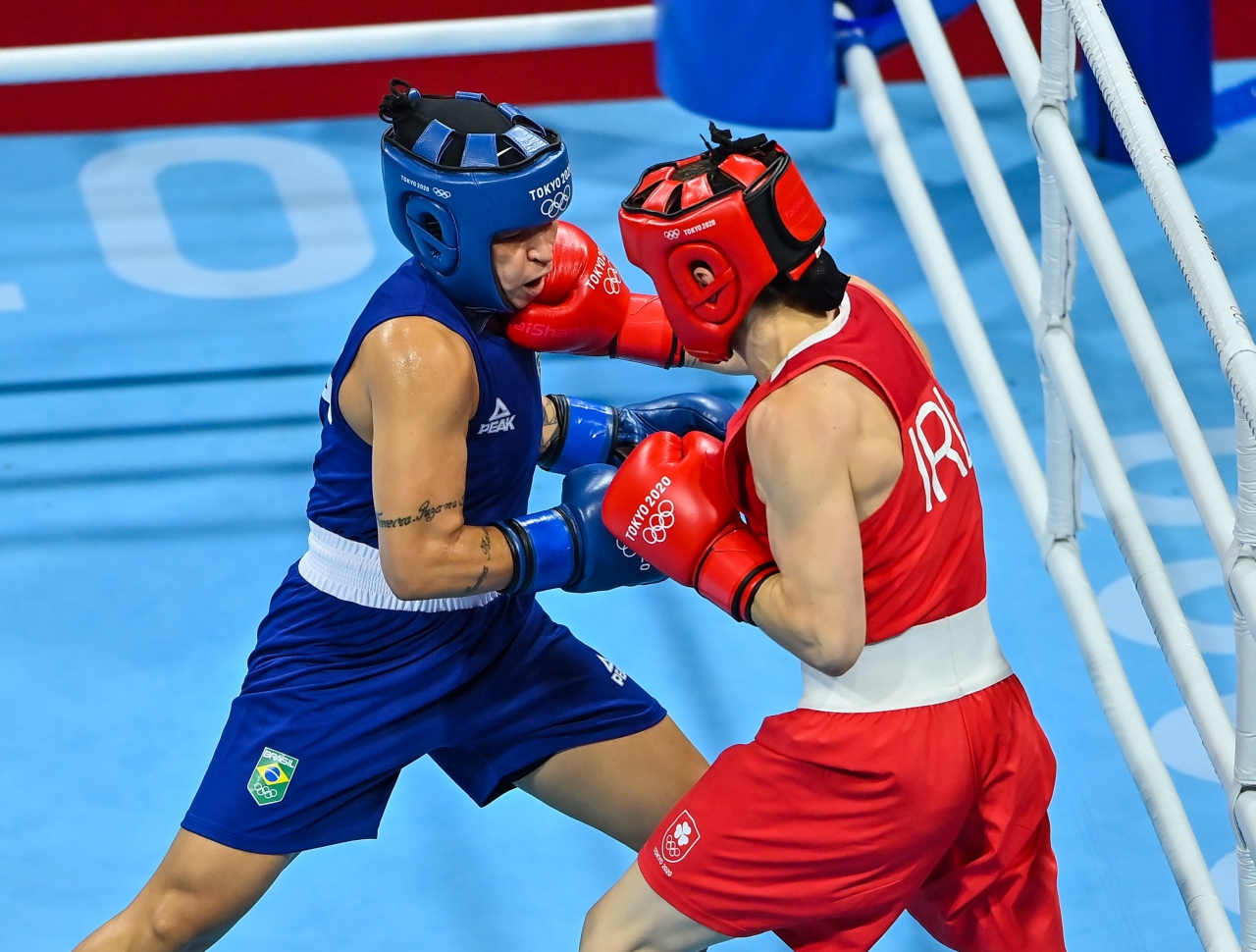 Kellie Harrington of Ireland, right, and Beatriz Ferreira of Brazil during their women's lightweight final bout at the Kokugikan Arena during the 2020 Tokyo Summer Olympic Games in Tokyo, Japan. (Photo by Brendan Moran/Sportsfile)
Advertisement

Switching from south-paw to right-handed, Harrington was now dancing. She was using her range to get in, make body shots, and get out of range again. When Ferreira did connect, so too did Harrington. Nothing was coming for free. The fight was swinging, in front of our eyes. 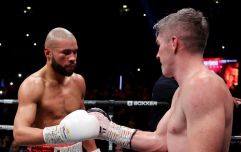 END_OF_DOCUMENT_TOKEN_TO_BE_REPLACED

At the end of that first round, Ferreira had raised her arms aloft, convinced she had won it and trying to sell it that way to the judges. She tried the same trick at the end of that second round, but it was one tired arm that was raised. She was fooling no-one.

And so it was all down to the third round. Having lost the first 3-2 but won the second 5-0 [on the judges' scorecards], Harrington was level on three cards and 20-18 up on the other two. All she had to do, for gold, was turn one of those judges her way. She did more than that.

Now comfortable with Ferreira's tactics, power and range, Harrington kept landing body and head shots and slowing down the fight. She was twice warned for holding, but the Brazilian got one too. That fire and fury of the first round had been doused.

By the final bell, Harrington seemed to know she had done enough. She sought out her opponent for a hug, and a few words, before going back to the embrace of her corner. They felt she had it too.

When you heard the winner was by unanimous decision [convincing all five judges], you knew it was Kellie Harrington that would have her hands raised.

All we had to do was wait in giddy anticipation as the translations, inside the Kokugikan Arena, were made. And then it came, "The winner... in red!"

She sank to her knees, Ireland's latest Olympic champion, and reality had suddenly caught up with her dreams.


popular
Roy Keane flatly rejects longstanding perception of ex-Man United midfielder Paul Ince
Allianz National Football League Round 1: All the action and talking points
British publication urges Gareth Southgate to claim Evan Ferguson for England
Sean Dyche set to be named Everton manager after Marcelo Bielsa talks break down
"Not cool" - Jurgen Klopp far from happy with question about late Liverpool fouls
John Egan breaks Wrexham hearts and denies Ryan Reynolds a Hollywood ending
Roy Keane leaves ITV pundits in stitches after Pep Guardiola's pre-match interview
You may also like
1 week ago
Liam Smith throws uppercut from the gods to stop Chris Eubank in fourth round
1 week ago
Floyd Mayweather announces his first ever UK fight at the O2 Arena
1 week ago
Liam Smith asks Chris Eubank if he is gay in the most bizarre press conference you will ever see
1 week ago
This weekend boxing fans finally have a real fight to watch that isn't wannabe YouTubers
1 week ago
Chris Eubank Jr destroys Conor Benn with brutal tweet
1 month ago
WBC President reveals plans to introduce transgender category for boxing
Next Page