A comfortable win on the road (we all hope) to Croke Park in the summer of 2023.

Katie Taylor was a unanimous winner, on points, against the spirited, and previously unbeaten, Karen Carabajal at Wembley Arena.

The Olympic gold medalist put her WBC, WBA, IBF, WBO, Ring Magazine lightweight titles on the line against an opponent that was undefeated, but still a comfortable underdog.

END_OF_DOCUMENT_TOKEN_TO_BE_REPLACED

The aim of the game was to chalk up another win, and keep sharp, ahead of a planned summer 2023 blockbuster against Amanda Serrano in Croke Park, Dublin.

Carabajal, who was getting booed before the first bell rang, was 19-0 coming into the bout, and her team were predicting a shock win. 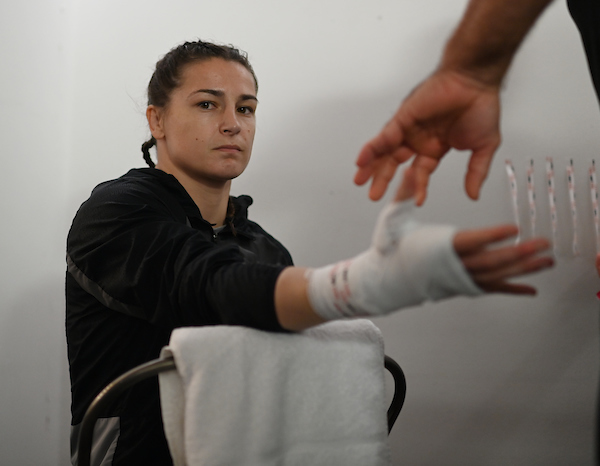 Katie Taylor off to a flyer

END_OF_DOCUMENT_TOKEN_TO_BE_REPLACED

"The difference in her hand and foot speed is incredible," DAZN pundit Andy Lee declared as Katie Taylor started off well and took the first round on the judges' scorecards.

Although Taylor looked technically better in the early rounds, and Carabajal was missing with wild swings, the Argentine still connected with a couple of kitchen sink jabs. Taylor was moving on a swivel but got close to do damage in the final exchanges of the second round.

The third round was more of the pair sizing each other up, but both went hell for leather in the first minute of the fourth. Carabajal took Taylor to the corner but was spun and both women uncorked big shots, and were both hurt. Taylor eased off the throttle and controlled distance in the second half of that round. DAZN's Tony Bellew had Taylor 4-0 up on his scorecard after those four rounds. 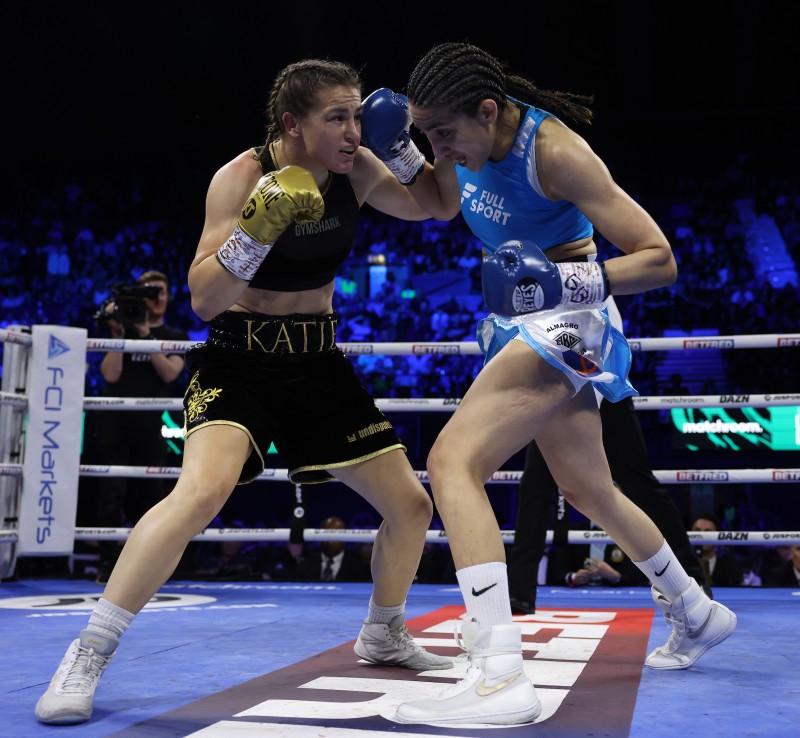 The fifth round was all about Katie Taylor, as she landed big right-hand shots, but Karen Carabajal edged the sixth with some lusty blows that gave the world champion something to think about.

Taylor was still well ahead on the scorecards, so she played it smart in the seventh round, kept her poise and accuracy and it was starting to look as if the challenger would need a stoppage to win it.

With Bellew's scorecard of 7-0 flashing up on the screen, Taylor was looking eminently comfortable in there. The range was found and the footwork was slick. The Argentine was game, but she was running out of moves to force the issue.

"Let 'em go, let 'em go!" hollered the Carabajal corner, as we went into the ninth round. The challenger was swinging hard but was still getting picked off by the champ.

It goes to show how fierce a fighter Katie Taylor is that she went for the stoppage in the final round, and was not content with sitting back to cruise home. The fans at Wembley Arena rose as one to salute to Bray boxer as she emptied the tank.

Sublime from the champ in the tenth and final round 🤩#TaylorCarabajal pic.twitter.com/EMZVSRZZY3

Next up, one hopes, is Croke Park.