"I would have smashed him to bits."

After the news of James DeGale's retirement from boxing, congratulations and tributes to a glittering career came pouring in from his peers. George Groves offered his congratulations while acknowledging that he has given DeGale some stick this week.

"I have given him a lot of stick in the past after his loss at the weekend but upon his decision to retire today I want to wish James DeGale well in the next chapter of his life. You have made the right decision. It's a tough sport and you reached the highest level. Congratulations," Groves tweeted.

Carl Froch, though, did not fancy being so kind to the former super-middleweight world champion. 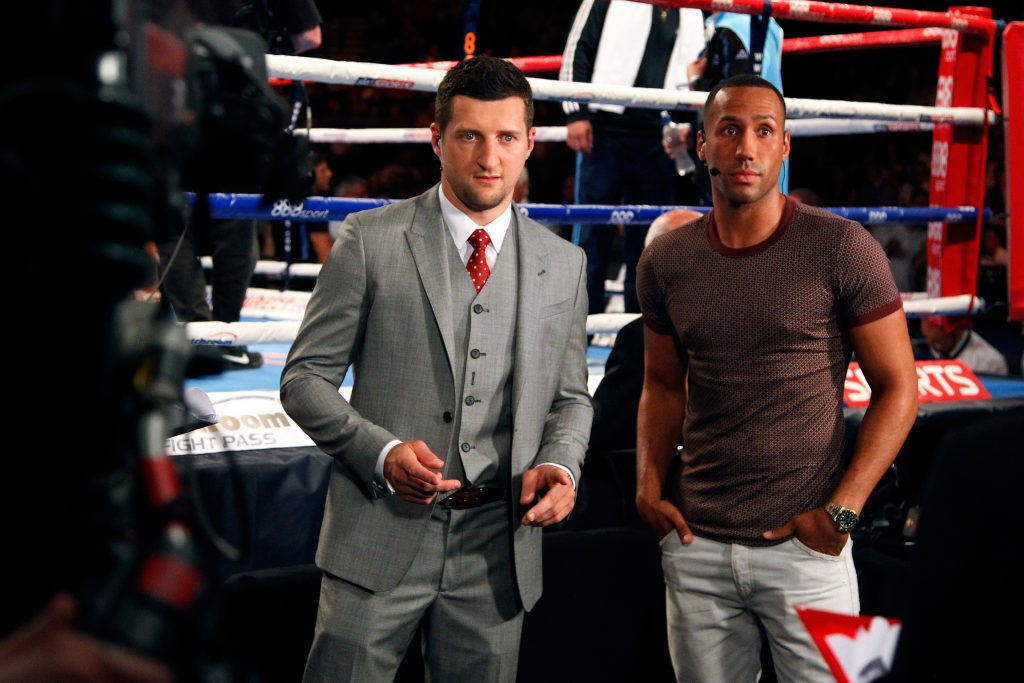 While speaking to Jim White on talkSPORT, Froch said:

"He was a great fighter and he was an IBF champion. He won the world title. He made history, he was the first guy to ever do that – win a gold medal and then go on to win a world title.

"So you’ve gotta have massive respect for him, but we’re talking about the top level of the elite – was he the best of the best? He wasn’t.

“He was mixing it with the best, but he got found wanting right at the top.

“If we’d have met in my career, I’d have been too strong for him, I’d have backed him up onto the ropes, he’d have sat there with his guard up and I’d have absolutely smashed him to bits."

Froch dished out similarly backhanded compliments when Groves retired aged 30, saying: "Will I miss him? Probably not," before going on to say he "never found him funny or clever."


popular
Sean Dyche set to be named Everton manager after Marcelo Bielsa talks break down
Roy Keane flatly rejects longstanding perception of ex-Man United midfielder Paul Ince
Allianz National Football League Round 1: All the action and talking points
Conor McGregor hit by car ‘at full speed’ while cycling
Roy Keane leaves ITV pundits in stitches after Pep Guardiola's pre-match interview
RFU issue statement following backlash over decision to lower tackle height
Study shows rugby positions you are most/least likely to be injured playing
You may also like
1 week ago
Liam Smith throws uppercut from the gods to stop Chris Eubank in fourth round
1 week ago
Floyd Mayweather announces his first ever UK fight at the O2 Arena
1 week ago
Liam Smith asks Chris Eubank if he is gay in the most bizarre press conference you will ever see
1 week ago
This weekend boxing fans finally have a real fight to watch that isn't wannabe YouTubers
1 week ago
Chris Eubank Jr destroys Conor Benn with brutal tweet
4 weeks ago
WBC President reveals plans to introduce transgender category for boxing
Next Page