"I thought I had to get out of there because I was mad."

Anthony Joshua has explained why he stormed out of the ring following his split decision loss to Oleksandr Usyk on Saturday night.

The Ukrainian heavyweight champion retained his belts in a long-awaited rematch between the pair.

Following the fight, Joshua stormed out of the ring, before returning to give a long speech about his career and his opponent. 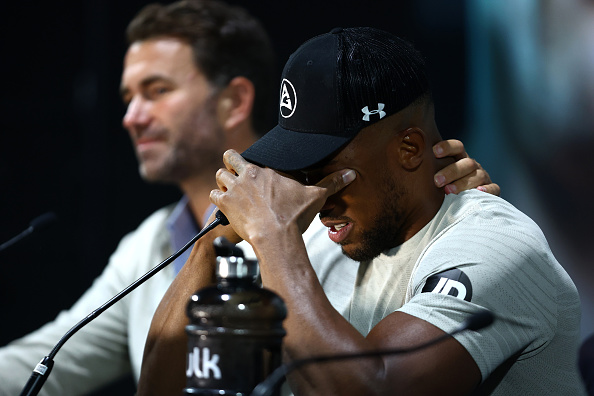 In his post-fight press conference, Joshua, 32, attempted to explain his behaviour after he lost to Usyk. 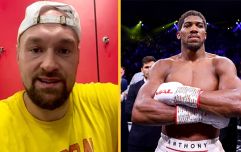 END_OF_DOCUMENT_TOKEN_TO_BE_REPLACED

"I knew I was mad at myself, not at anyone, just at myself. I thought I had to get out of there because I was mad.

"Like anyone, when you're mad you might do stupid things. Then I realised, 'shit, it's a sport, let's do the right thing and come back'."

I wish @usykaa continued success in your quest for greatness. You are a class act champ.

Yesterday I had to mentally take myself into a dark place to compete for the championship belts! I had two fights, one with Usyk and one with my emotions and both got the better of me. pic.twitter.com/onnUAALm3R

I’ll be the first to admit, I let my self down. I acted out of pure passion and emotion and when not controlled it ain’t great.

I love this sport so so much and I’ll be better from this point on.

On Sky Sports, boxer Frazer Clarke, who is Joshua's friend, criticised the boxer's team for not taking the microphone from him.

"Anthony is a great person, he does a lot for a lot of people, he's done a lot for me, but I feel like he had a bit of a bad one there and it was out of character. There were no excuses, that was Oleksandr Usyk's time. 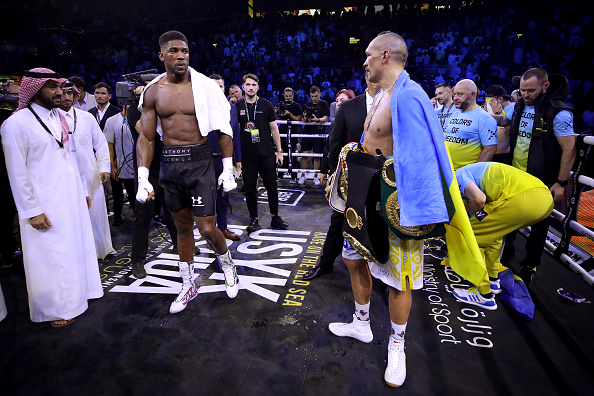 You can read Joshua's post-fight speech in full below.

“I don’t care about strong, I am skilled, skills win boxing, you’re not strong, how did you beat me? How? I had character and determination.”

"If you knew my story you’d understand the passion. I’m no amateur boxer from five years old, that was an elite prospect from a youth. I was going jail, I got bailed, then I trained my arse off. Because if I got sentenced I wanted to be able to fight. I’m stealing this Usyk, sorry.

"It’s because the passion to get into this shit. This guy, to beat me, tonight maybe I could’ve done better. It shows the levels of hard work he must’ve had to put in. Please give him a round of applause as our heavyweight champion of the world. I’m not a 12-round fight, look at me, I’m a new breed of heavyweight. 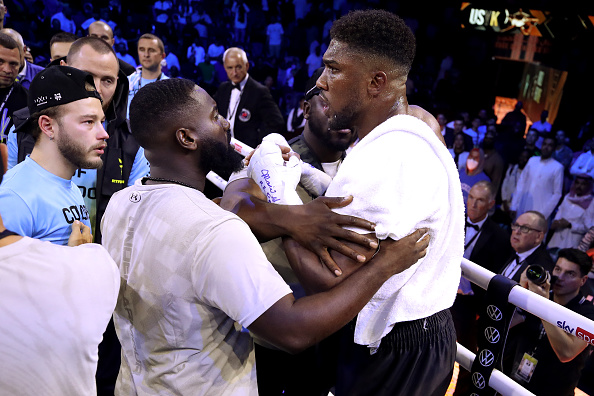 "It’s hard work, this guy is a phenomenal talent, we’re going to cheer for him three times. How many belts you got now bro, five? Hooray. I was studying Ukraine and their champions from your amazing country.

"I’ve never been there, but at the same time, what’s happening there, I don’t know what’s happening. It’s not nice, I’ve seen it in Lomachenko’s second fight. There were issues, civil war. Vitali Klitschko against Danny Williams, civil unrest. Usyk, as a champion, please raise your hand, under those circumstances, you became a champion. Champ, champ."

And you can watch Joshua's post-fight press conference in full below.