We look at the very best, and some of the very worst, sports toys ever made

Ahead of tonight's Late Late Toy Show, we got to thinking about our favourite, and some dud, sports toys down the years...

END_OF_DOCUMENT_TOKEN_TO_BE_REPLACED

Between the ages of eight and 14, or in some cases eight and 40, most young boys fall for wrestling at some point or another.

And when that happens, the Christmas wish list is going to be heaving with toy wrestlers and rings.

Half the time you don't even actually play with them, you just keep them in perfect freeze-framed poses on display in your bedroom.

But when you do let The Rock win Wrestlemania in the living room for the 50th time in a row (nobody ever actively sets out to let The Rock lose), the best part is the inevitable question from your Mammy, "What in God's name is a Jabroni?". 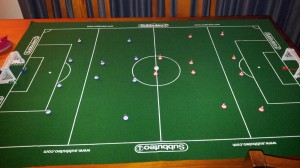 Any game that in it's own description says it requires "dexterity and skill", is a winner in our book.

This is the thinking man's Tomy Supercup, although the searing frustration when your doubles partner had fingers of lead at times was too much to take. 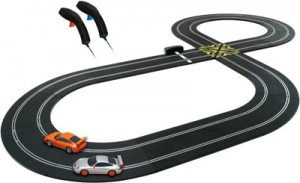 A real one of a kind.

It was nigh on impossible to actually complete a race without having your car fly off the track and under an armchair, yet the enjoyment somehow far outweighed the frustration. 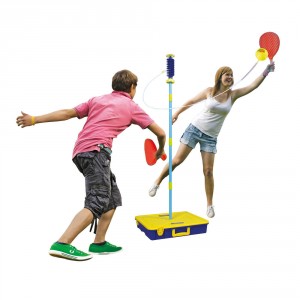 Although strictly speaking it was a summer game, swingball gets in simply because it was so much fun.

Despite being basically the tennis version of the Kickmaster (see THE BAD section), this game had infinitely more enjoyment, purely for the fact that at any stage you were likely to get a rocket of a tennis ball square in the snoz.

Nothing like the fear of a broken nose to get the adrenaline pumping.

Speaking of broken noses, the Cup Champions football made an appearance in every household in the country during the 1990s

Nothing quite compares to the physics defying ball the was the Cup Champions, which would tail to the left despite a gale force wind in the opposite direction.

You'd bring it to school with you, only to have it confiscated two days later after someone got a kick of it in the face.

It would be even better if you left it out in the garden for a couple of weeks, where it would fill up with rain water.

Now you have a football and a weapon! 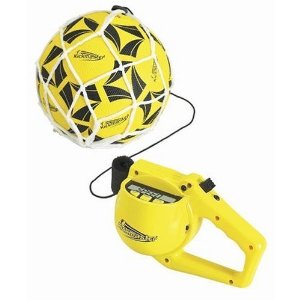 The hatred for the Kickmaster was fairly unanimous in SportsJOE towers.

"Practice your keepie-uppies without having to chase the ball", they would claim.

I mean, if you need to travel long distances to reclaim your football playing keepie-uppies, football will probably never be your thing... 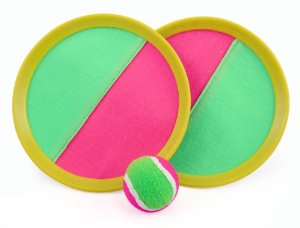 A simple enough idea in theory. Two pads covered in velcro, and a tennis ball.

But the main problem with this game always seemed to be the brutal quality of the tennis ball, which stopped sticking after around 20 minutes, leaving you with two useless round slabs of velcro, and a tennis ball that didn't even bounce. 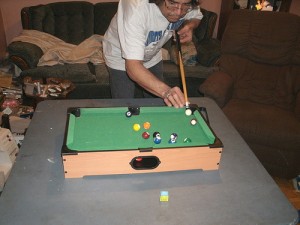 The initial hilarity that ensues when you get a tiny, tabletop pool table wears off instantly, once you have to hold your arms like a Tyrannosaurus Rex for the entirety of the game.

You played it once on Christmas Day, before it went up to the attic to gather dust. Years later, you'll uncover it again during a clear-out, find it initially hilarious, and then get fed up of it 10 minutes later. 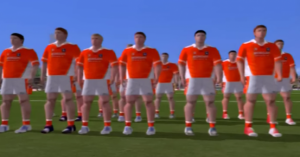 Not an exaggeration to claim it's the most regrettable thing in Ireland's long existence.

It's difficult to sum up just how terrible this game is without resorting to vulgarity, so we'll just let this video do the talking for us.

I mean, they even managed to butcher Michéal Ó Muircheartaigh's commentary. 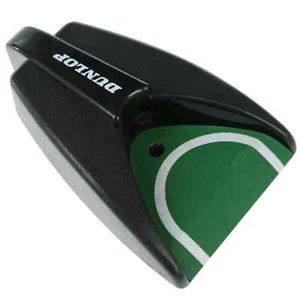 Any kid who set foot on a pitch and putt course ended up with one of these in their stockings from time to time.

The only problem was that half of the families who bought these as gifts didn't have a decent stratch of carpet in the house, meaning they were trying to figure out the breaks on kitchen tiles or hard wood floors.

Also, the only people who ever looked cool using these were men in movies who had their own corner office. 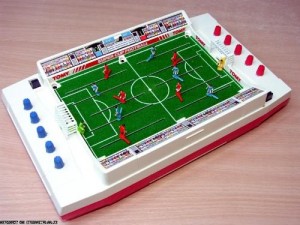 A contentious choice in the 'bad' section as this game still has fans in SportsJOE Towers. But the game doesn't really compare well to the infinite possibilities of Subbuteo and that high defensive line would even be too much for AVB so it loses out on realism. 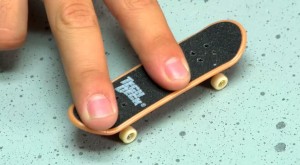 A great idea in theory. The main selling point of the "fingerboard" was that it was so compact and inconspicuous, you could play with it on your desk during class and your teacher would be none the wiser. However, the ill-fated toy had a few fatal flaws.

Firstly, bar ollies and kickflips (the latter completed on your fifth or sixth attempt, every time), the tricks were simply too difficult to master. If you were one of those kids who could do the the more intricate moves, you clearly had too much time on your hands.

The second major problem was that there was seemingly no set rules on how to use it properly.  A guide to Tech Deck etiquette would have cleared up a lot of the confusion. Do you use two fingers to simulate legs? Does the thumb come into play at all? Occasionally you'd see mavericks use the palm of their hand. Is that how you were supposed to do it? It was sheer chaos!


popular
"Every team did it!" - Paul O'Connell on Roy Keane comment to Ronan O'Gara that he couldn't deny
Five confirmed changes and guidelines to have big impact on 2023 Six Nations
"It's crazy to think Bundee Aki might come straight in and start against Wales"
Everton release brutal 59-word statement to confirm Anthony Gordon departure
Owen Farrell praises Johnny Sexton in revealing interview ahead of Six Nations
British publication urges Gareth Southgate to claim Evan Ferguson for England
CCCC order replay of All-Ireland club football final
You may also like
7 years ago
Ireland's top sportspeople reveal their favourite childhood toys
8 years ago
Karate Kid scares the bejaysus out of Ryan Tubridy on Late Late Toy Show
8 years ago
9 sports-themed toys we'd love to see on the Late Late Toy Show
4 months ago
"It is hard, especially when you’re 18 and I’d never left Ireland by myself," - Tuohy reflects on tough days after Grand Final win
4 months ago
Tuohy flies the Portlaoise flag high as Irish duo make AFL history
4 months ago
Tom Hardy wins yet another Jiu-Jitsu championship after emphatic finish
Next Page