WATCH: Katie Taylor's post-fight interview is one of the most heartbreaking pieces of television you'll ever see

Look how much it means to her.

Katie Taylor's Olympic Games are over and it is another major disappointment for an Irish boxing of whom so much was expected.

Only Michael Conlan remains in the competition after Katie Taylor was surprisingly - and controversially - dumped out of the women's 60kg division by 35-year-old Mira Potkonen.

Disaster for #IRL as Katie Taylor is beaten in #Olympics opener #Rio2016 https://t.co/tyMBNBNdpw

The inquest will no doubt begin as media and fans speculate as to what is the root cause of Taylor's defeat, and Ireland's below-par performance as a whole.

Is it the departure of Billy Walsh the reason for this disappointing display? Has the absence of Katie Taylor's father from her corner affected her performance? Did she use the right tactics? Did the Michael O'Reilly situation unsettle the team? Did the High Performance Unit have the squad properly prepared?

Katie Taylor's defeat at the Olympics broke everyone's heart but she'll always be a legend https://t.co/uGpHkgAfoU

All these are valid questions but they are questions for another day. 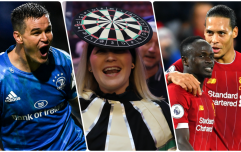 END_OF_DOCUMENT_TOKEN_TO_BE_REPLACED

Regardless of the answers, the reaction for Taylor after the fight is one of the most heartbreaking interviews you'll ever see.

She is lost for words, literally unable to speak as the enormity of what has happened sinks in.

For anyone with an ounce of competition it's painful to watch someone as committed and dedicated to her sport as Taylor struggle so badly with what has happened.

Eventually Taylor musters the energy and the wherewithal to answers the questions but it's a painful watch.

Katie Taylor admits it has been a very difficult year as she reflects on losing Olympic crown https://t.co/mrA7PmWJhl


popular
How Stephen Kenny talks about Egan and Brady is most exciting thing he brings
QUIZ: You won't be able to name all of these one-club legends
The SportsJOE 12 o'clock quiz | Day 18
"I don't want to manage the Irish team based on who has the number of appearances for a certain club"
You'll have to be an old-school fan to get 20/20 in this 1990s footballers quiz
QUIZ: How well do you know Manchester United players of the 2010s?
The SportsJOE 12 o'clock quiz | Day 16
You may also like
1 day ago
"I want to go out, have fun and make as many memories as possible before the show's over"
2 days ago
"Am I going to be safe? Am I going to come home healthy?" - Munster doctor joins Covid fight
5 days ago
This Irish raffle is giving you the chance to win a €250,000 Ferrari
1 week ago
"It’s kind of frightening how quickly that can have a big impact on someone’s life"
1 week ago
"The severity is getting worse and worse. Every single day, there’s more deaths"
1 week ago
Baz & Andrew's House of Rugby - Super Skype Shindig
Next Page