Get in there quick lads as there's money to be made.

END_OF_DOCUMENT_TOKEN_TO_BE_REPLACED

'Tis great to beat the Brits'

Gary and Paul O'Donovan have given us silver medal glory and the guts of a phrasebook that will sell a heap north, south, east and west of the N71.

The rowing stars were in top form at the press conference held for themselves, the French pair that claimed gold and third-placed Norway. Anyone would have thought the Skibbereen natives had won gold themselves, such was the attention they received and the width of their grins. 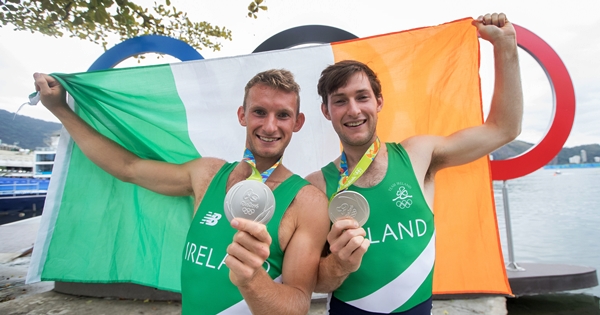 The brothers, who claimed Ireland's first ever Olympic rowing medals, were mobbed by reporters and held forth for several minutes after the French and Norwegians had moved on. We can't get enough of them.

As they were interviewed by the travelling Irish press corp, their proud mum, Trish, sauntered by and gave a proud thumbs up. 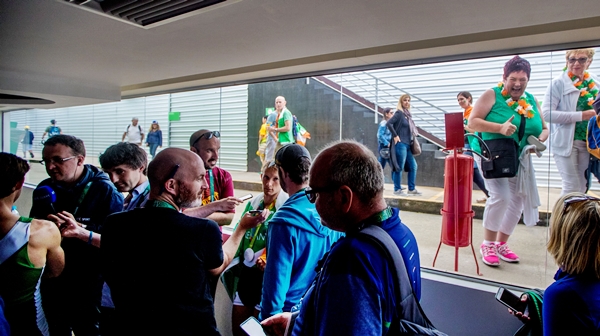 Asked about their plans when they eventually head home - Paul is off to Rotterdam for a world championship event next week - the lads had some ideas. Gary told The42.ie:

"The way things are going, we’ll have to start patenting a lot of words we use.

"Ah no, it’s all good. It’s just a bit of fun. We’re enjoying what we’re doing. We’ve had a great regatta.

"We always said that this sport of rowing is hard enough as it is so we try to make it as easy as we can."

They may make it look easy but it was far from that. They deserve every euro and cent they can get once the party stops and they head back to Ireland.


popular
Rob Kearney taught a classic GAA lesson when he tried to have the craic in second game back
Ex-Down boss Paddy Tally will be part of Jack O'Connor's staff if he's offered the Kerry job
Shane Lowry had no problem setting reporters straight at Ryder Cup briefing
Meath superstar named player of the month after sensational final performance
GAA could learn a thing or two from AFL's parade and self-promotion
Drinking in seats at football stadiums could soon be allowed again
The SportsJOE 12 o'clock quiz | No. 384
You may also like
2 years ago
Military coups, AK47s and gold medals - the remarkable story of how Ben Ryan guided Fiji to Olympic Sevens glory
3 years ago
Mick Conlan reveals Instagram message from man who robbed him of Olympic medal
3 years ago
Michael Conlan's embracing the lowest point of his career and making it his own
4 years ago
WATCH: Ireland's bittersweet sporting year summed up perfectly by top betting surprises
4 years ago
Michael Conlan makes it clear to AIBA how much he is willing to pay them
4 years ago
Michael Conlan must pay maximum fine possible if he wishes to ever fight at Olympics again
Next Page