From the fields of Tipperary to here, determined Tobin chasing down Olympic dream

As a young, budding and impressionable cross country runner in Tipperary, Sean Tobin was the man.

In some farmer's field was where you first heard about him, spattered with cow-dung when you first caught a glimpse. He was a couple of years older and the talk about this fella from Clonmel, was that he was the best athlete in Tipperary.

You watched him streak clear with county, Munster and often All-Ireland underage titles but above the convincing wins, what you had to notice was the iron-will. 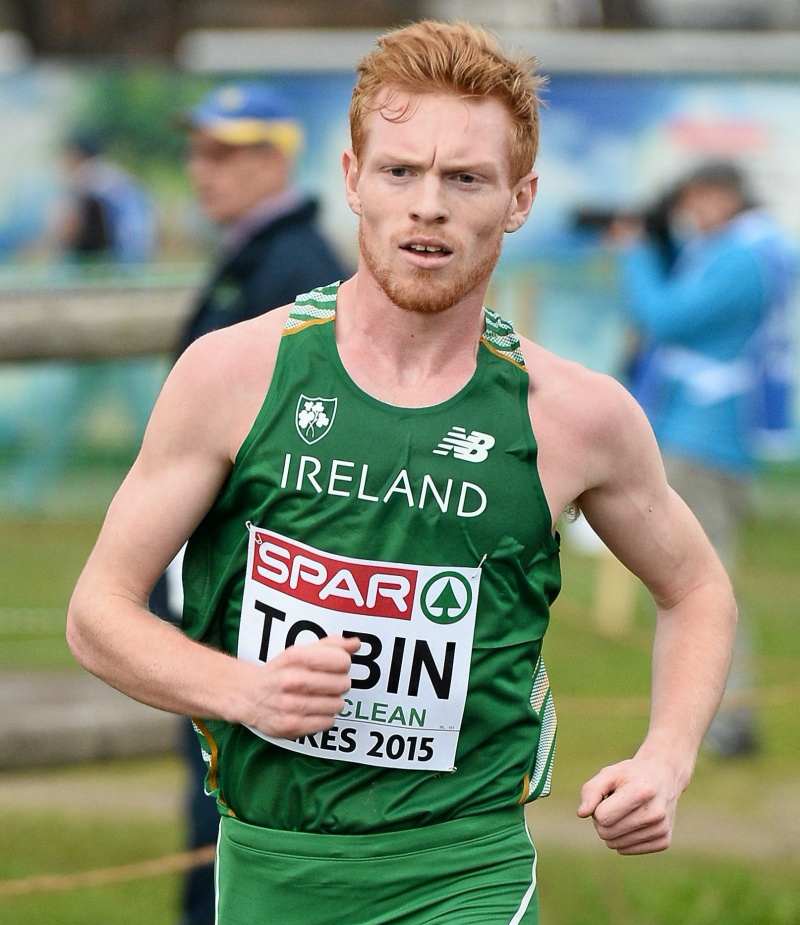 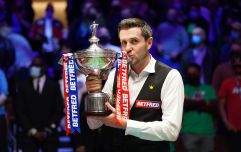 END_OF_DOCUMENT_TOKEN_TO_BE_REPLACED

It's all in the head. When the butterflies used visit before the 3k or 5k of torture you were about to endure, the real cause for concern for any young cross country runner was not in their fellow competitors, but in their own mental strength. You've trained like a demon and you want that Munster or All-Ireland medal as much as anyone else, but it's not until you're in oxygen debt with a field hanging off each spike-sole, when you find out what you're really made of.

Long distance running is not a glamorous game but if any youngster had mastered this art of pushing themselves beyond limits, it was Tipperary's Tobin.

One memory stands out from an All-Ireland cross country championship up in Derry, when Tobin wasn't at his best but still pushed it to sheer exhaustion and was draped in tin-foil by the finish line. It was moments like that one, panned out and maxed out, which had us all convinced he was going to make it.

"When I really get into something, I always try and give it 100%," Tobin tells SportsJOE of his inner-motivation.

"In fairness, it is a lot easier when you have the preparation done. During training, the races would always be running through your head, trying to get that aggression and that mental toughness going. 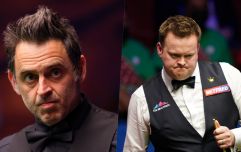 END_OF_DOCUMENT_TOKEN_TO_BE_REPLACED

"When you've worked hard and when you're training hard, you want to do it justice on race day. As well as that, one of the biggest parts about it for me is the team aspect. First that was with Clonmel, with Tipperary, then in America and now with the Dublin track club. I was always driven by the will to succeed as a team, because you know that you're doing it for those guys, your family, your coaches as well...It's not just for yourself."

A lifetime's work on a lonely road, but Tobin is powered by the collective will.

The American dream was next on the agenda and Tobin spent four good years in America's deep south on scholarship. The brass tacks and basic ways of Jackson's Ole Miss suited him down to the ground and in three of those years, progress, friends and memories were made. 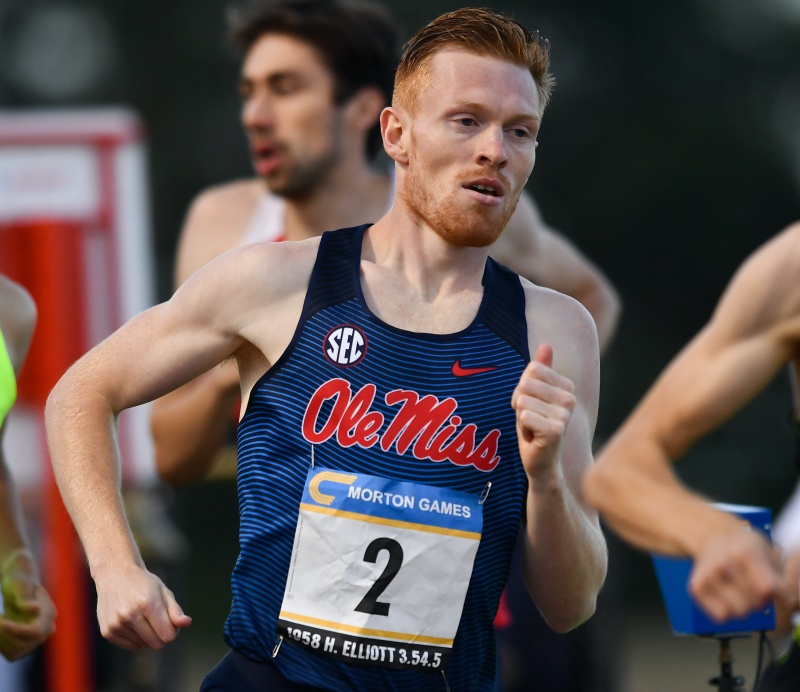 "You do sometimes wish the NCAA system was how it is professionally," he says now. "It's a tough and cruel system, and I didn't get the progression I would have hoped for out there - but I learned most of my lessons from it and I loved that team environment." 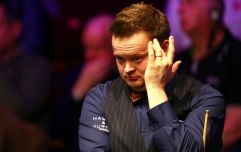 END_OF_DOCUMENT_TOKEN_TO_BE_REPLACED

In his desperation for a professional contract, Tobin pushed it too far in his fourth and final year and what followed was an injury, a dead-end and a one-way-ticket back to square one.

"Sometimes, you do wish that we had enough support to be a proper professional team in Ireland..We're slowly getting there. Listen, as a distance runner, you don't need super fancy facilities, you don't need all of these magic recovery tools...the thing that we want most is just being looked after in that, you don't have to worry about paying rent or you don't have to stress about food - do you know, just the basics of living.

"Ideally, it would be great to live together and do all of those things together but look, we can't complain and I can't complain. In Ole Miss we had everything and sometimes you can get spoiled by it, but I get great financial support now from Richard Donovan who is pretty much the main reason I get to chase this dream..."

The dream he talks about is the Olympic dream.

In 2018, at the height of his American hangover came a text from Feidhlim Kelly, who had established the novel and exciting Dublin Track Club. Along with Paul Robinson, Andrew Coscoran and some of the top distance runners in Ireland, Tobin jumped into the lifeboat and in the last two years, he has ran the races of his life, finishing 10th in the European cross country in 2018 and winning the Irish 10k championship last year. 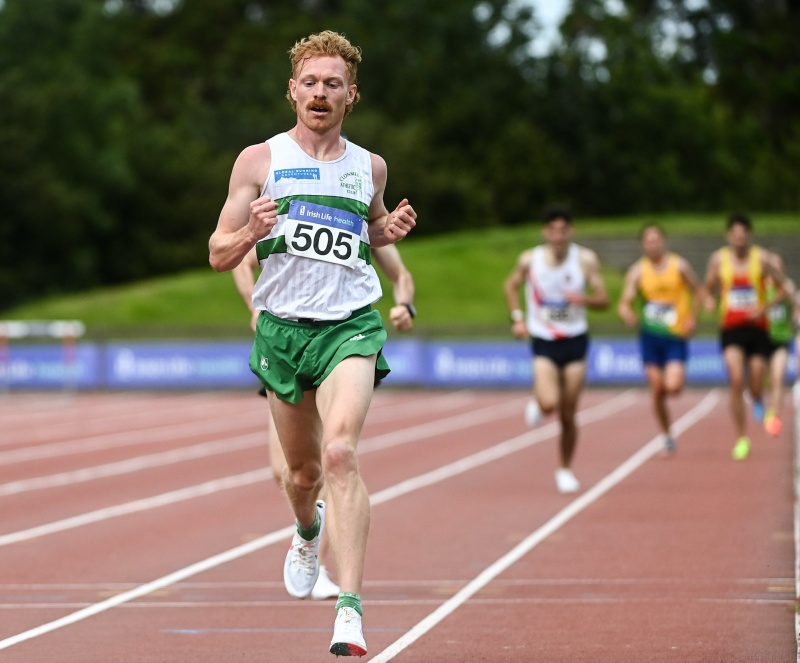 Not even Covid-19 could slow Tobin or the Dublin Track train down as over the last few weeks, they've journeyed throughout Europe setting PBs and qualification times. Just a fortnight ago in Metz, the Tipp man ran the seventh fastest indoor 3km in Irish history.

The Euro indoors are his immediate focus on the first weekend in March and beyond that, a lifelong dream awaits.

"It's a childhood dream to be an Olympian. It's more for the people that have supported me and that have been behind me for all these years. Clonmel, Tipperary - for home really - I just want to make the Olympics and I know that if I do, there will be a great support from home and it will mean a lot to those people too."

From the fields of Tipperary to here, this was always his destiny. Tobin feels he's in the form of his life right now, the sort of form that will see him attack the 5km Olympic standard of 13 minutes and 13 seconds.

It's a long summer ahead but things are looking up, and this hard-goer hasn't ran out of road just yet.


popular
Roy Keane cracks up Carragher and Hasselbaink with league title joke
'Go and get a job' - Ronnie O'Sullivan responds to Shaun Murphy's amateur player comments
Brian McGrath's powerful interview after county final win is club GAA at its finest
Marcus Rashford on Solskjaer chat with squad after Man United dismissal
"I've had stick my whole career" - Mike McCarthy on 'Plastic Paddy' jibes and singing the anthem
"People tend to forget I've managed before and I've done okay in the Premier League" - Keane on the defensive
Harry Redknapp describes Man United decision to appoint Ralf Rangnick as 'ridiculous'
You may also like
1 week ago
Commentator goes wild as John McGrath wins Tipperary football final at the death
3 months ago
The GAA TV schedule this weekend is simply unmissable
4 months ago
Mustering self-belief is half the battle for Tipperary and Cavan this weekend
2 years ago
Watch: Tipperary stick four goals past Cork in first eight minutes
2 years ago
Brian Cody: You'd want to be very sure that was a red card
2 years ago
'It's everything we f*****g dreamed of' - Seamus Callanan interview
Next Page