The Irish cricketers have beaten England by five runs at the T20 World Cup in Melbourne.

11 years after their famous victory in Bangalore, in a shock of similarly seismic proportions, the Irish cricketers have done it again. They've beaten England at the cricket World Cup.

They were helped along the way by some timely showers, which interrupted the play, and left England behind their Duckworth–Lewis–Stern target. Before we go any further, just in case we've lost you, we'll explain that one for the sunshine-supporters first. 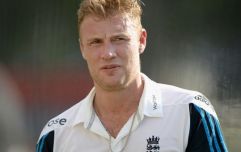 END_OF_DOCUMENT_TOKEN_TO_BE_REPLACED

The DLS rate is a target score for a team batting second in a weather interrupted cricket match and, luckily for Ireland on this occasion, just as England were threatening the target, the Australian heavens opened and the game was over.

There was only a small Irish crowd present to witness the events but they made their presence felt, chanting 'are you Scotland in disguise?' at the English team.

The Ireland fans at the MCG are singing "are you Scotland in disguise?" at England...#T20World Cup #IREvENG #BBCCricket 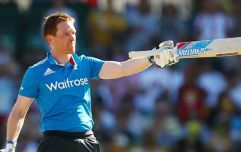 END_OF_DOCUMENT_TOKEN_TO_BE_REPLACED

None-the-less, this was a fantastic display from an Irish team who have rounded into form at the perfect time. Batting first, Ireland returned a steady 157 from 19.2 overs, with captain Andrew Balbirnie leading the way with 62 off 47 balls. Lorcan Tucker also played a huge part, the Dubliner managing 35 off 27 while 22-year-old Josh Little bowled like a gem.

Balbirnie's dismissal did signal a downturn in fortunes of the Irish team, however, and it was worrying when they lost their seven wickets in 24 deliveries, but England were off-form too, as their bowler Mark Wood said after the game.

"It doesn't have to be the number one team in the world, it can be any team. We were off, they were on and they deserved to win," he said.

The win has a huge impact on this Super 12s group, with England now needing to win their last three games to finish in the top two. Ireland, meanwhile, are back in action on Friday, when they take on Afghanistan.


popular
Man United could be blocked from playing in the Champions League next season
Ireland team vs. France: Form players rewarded and a welcome return
Clive Woodward happy to 'eat humble pie' after bold comments about Ireland
Man United's four player transfer shortlist if Qatar takeover goes ahead
Man City expect Pep Guardiola to leave
French media's opinion of this Ireland team becomes clear as vital clash nears
"I should have been more mature" - O'Sullivan's injury trail a cautionary tale for Sigerson casualties
You may also like
4 months ago
'The Irish are coming!' - Paul O'Donovan and Fintan McCarthy win world championship gold
4 months ago
"It is hard, especially when you’re 18 and I’d never left Ireland by myself," - Tuohy reflects on tough days after Grand Final win
4 months ago
Tuohy flies the Portlaoise flag high as Irish duo make AFL history
4 months ago
Tom Hardy wins yet another Jiu-Jitsu championship after emphatic finish
4 months ago
Roger Federer confirms retirement from tennis
5 months ago
Your guide to a huge weekend of football, rugby and Formula 1 and how to stream it all
Next Page