Ronnie O'Sullivan made headlines for all the wrong reasons as he crashed out of the UK Snooker Championship to Kyren Wilson, on Friday night.

The seven-time champion's defeat didn't come without the 'Rocket's' frustrations after he refused to take shots on multiple occasions - sitting in his chair instead - as he complained of distractions in the crowd.

Following on from the loss, O'Sullivan was asked about his decision to sit down in protest at the distractions made by the crowd and he said he'd 'rather sit down and wait' than play with the background noise.

"I'd rather just sit down and wait," he told Eurosport.

"I said to the referee, we're in no rush. I'm here to play snooker and there's no time limit on how long the match takes.

"It doesn't bother me. I play in good venues and bad venues, it is what it is. I don't even care enough to have an opinion on it. It is what it is – just keep eating the smoked salmon and cream cheese." 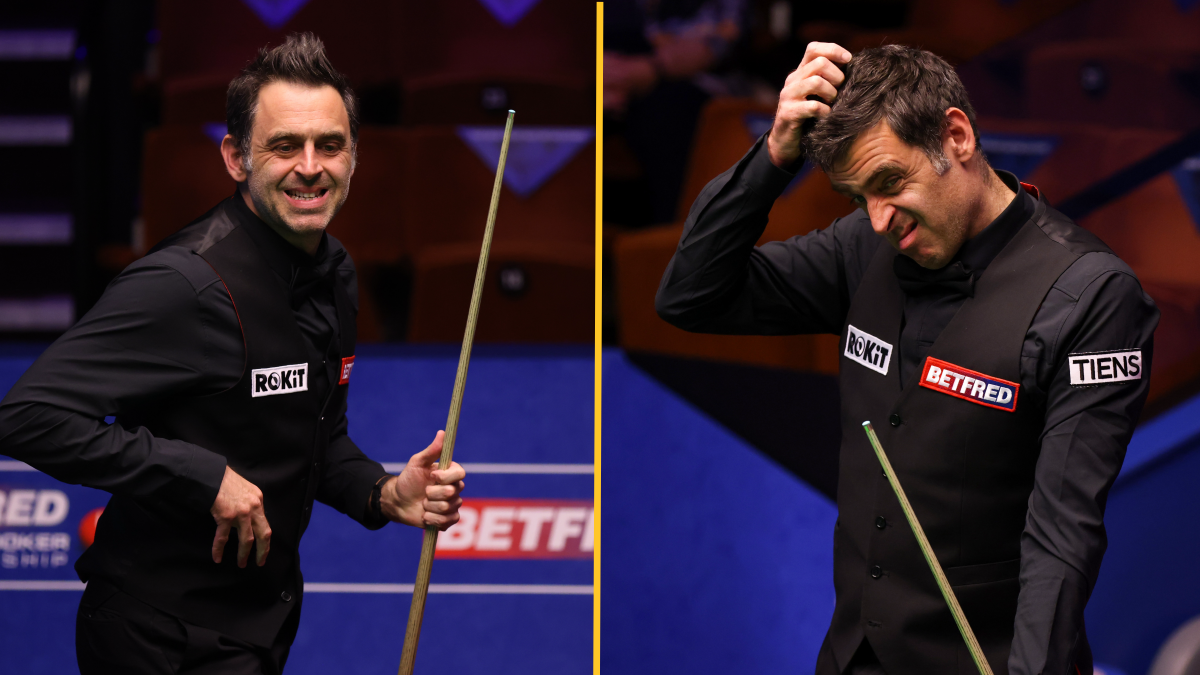 Ronnie O'Sullivan and his tripod stance

END_OF_DOCUMENT_TOKEN_TO_BE_REPLACED

It wasn't the only issue the 47-year-old had in York as he also requested for the removal of a photographer from the arena as they didn't have a tripod.

And O'Sullivan added that unless they have the full equipment needed, they shouldn't be allowed entry to work in the arena. He said:

"I've said that unless they have a tripod they are not welcome.

"It's not a lot to ask, if you are a cameraman it should be standard stuff to be carrying about so maybe he should go to the professional and get his kit right."

END_OF_DOCUMENT_TOKEN_TO_BE_REPLACED

Meanwhile, O'Sullivan's conquerer Wilson said he wasn't fazed by the antics of the crowd.

"I understand his reasoning for that. But when the crowd were up on my turn I just got on with it and I did a pretty good job."


popular
Ireland team to play Wales: Andy Farrell's XV, the big calls and bold cuts
Ireland's self destructive mentality kills Croke Park fight for Katie Taylor
Even Roy Keane felt Michael Dawson went too far with his remark to Tom Heaton
Everton release brutal 59-word statement to confirm Anthony Gordon departure
Roy Keane reminds everyone of his feelings towards Newcastle United ahead of cup final against Man United
Five confirmed changes and guidelines to have big impact on 2023 Six Nations
"Every team did it!" - Paul O'Connell on Roy Keane comment to Ronan O'Gara that he couldn't deny
You may also like
1 day ago
Chelsea fire back and clear up why Hakim Ziyech's PSG move collapsed
1 day ago
The four players offered to Man United before they decided on Marcel Sabitzer
2 days ago
Police called to Roma midfielder Nicolo Zaniolo's house after he misses training
4 days ago
Ryan Reynolds makes bullish prediction ahead of Wrexham's big FA Cup moment
1 week ago
Laura Woods savages Twitter user after he asks her to come over while his wife is at work
1 week ago
"Baffling" - Referee sends off wrong Bolton player after low-blow punch
Next Page