'If he wanted he would be playing here in Australia without a problem.'

Rafael Nadal has commented on the ongoing vaccine saga at the Australian Open as Novak Djokovic is set to be deported from the country.

The 34-year-old Serbian tennis star was warned on multiple occasions that he would not be able to play in the tournament without proof of vaccine but has remained pro-choice since the pandemic. 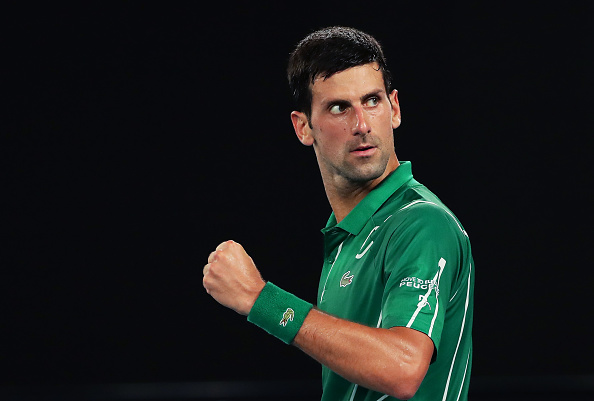 END_OF_DOCUMENT_TOKEN_TO_BE_REPLACED

Despite being granted exemption initially, he has now had his visa revoked and is waiting to fly back home. Meanwhile, fierce competitor Rafa has come out to comment on the situation.

Speaking after his victory against Ricardas Berankis at the Melbourne Summer Set tournament, Nadal starting by saying: "It seems a rough situation, but at the end of the day the only thing that I can say is we have been going through very challenging times and a lot of families have been suffering a lot during the last two years with the pandemic".

He went on to say that he understood frustration in Australia given their current lockdown restrictions but that from his point of view, it's simple: "the only thing that I can say is I believe in what the people who know about medicine say, and if the people says that we need to get vaccinated, we need to get the vaccine."

The 34-year-old then went on to reveal that he, like so many, had been through Covid but that he had also had both his jabs, noting that above all else, "The only clear thing is if you are vaccinated, you can play in the Australian Open and everywhere, and the world, in my opinion, has been suffering enough to not follow the rules.’

When asked if he had any sympathy for Novak's current dilemma, Rafa admitted that he doesn't like the situation and "In some way I feel sorry for him but at the same time he knew the conditions since a lot of months ago, so he has made his own decision", adding: "I think if he wanted he would be playing here in Australia without a problem. 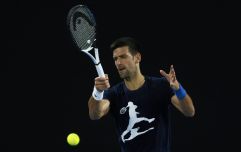 END_OF_DOCUMENT_TOKEN_TO_BE_REPLACED

At present, Djokovic's team are appealing the decision but the meeting has now been adjourned until Monday. The Serb must now wait in a quarantined hotel to find out if he can defend his Open title which would take him beyond joint-record holders Nadal and Federer.


popular
Six GAA games shown on TV this weekend that you do not want to miss
Andy Moran reveals which former Mayo teammate was the ultimate team player
Paul Galvin is not one bit impressed with the new Kerry jersey
"It’s hard not to respect Johnny, even if you don’t like him!" - Dan Biggar
QUIZ: Which is the correct GAA crest?
"I was in the Blackrock end goal looking up to the heavens saying, "Get us through it" - Kerins following his late father's footsteps
Craig Dias on club All-Ireland run, winning Leinster, and making his second debut for Dublin a decade after his first
You may also like
1 week ago
Australia confirms Novak Djokovic is banned from country for three years
1 week ago
Novak Djokovic speaks out after losing visa battle in Australia
1 week ago
Novak Djokovic will be deported from Australia after losing visa appeal
1 week ago
The new Netflix tennis series is going to kick off with a banger episode
2 weeks ago
Novak Djokovic faces fine or prison (that's not going to happen) for breaking isolation while Covid positive
2 weeks ago
Australian government preparing to deport Novak Djokovic, as tennis star makes Covid admission
Next Page