'We did Philip proud'

Australia rounded off an emotional two-week period as they pressured India into a batting collapse on the final session of the first Test at the Adelaide Oval.

The Aussies, still reeling from the death of team-mate Philip Hughes, put themselves in a winning position going into the final day but India looked to have weathered the storm. They were only two down at tea but spinner Nathan Lyon produced a spin-bowling masterclass as the visitors crumbled to 315 all out with less than 20 minutes of play remaining.

The Australians ran to celebrate at the '408' pitch marking, which was placed their in honour of Hughes, as soon as Lyon claimed the winning wicket. Hughes was the country's 408th Test-capped player. 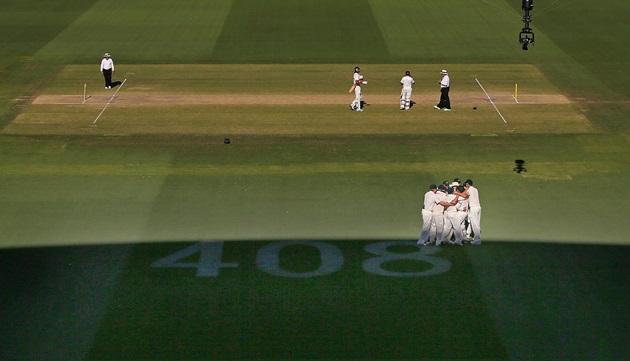 END_OF_DOCUMENT_TOKEN_TO_BE_REPLACED

As the evening wore on, the players returned to '408' where they sang their team song, Under the Southern Cross, and toasted their fallen colleague with a few VBs (Victoria Bitter beers).

Amid the celebrations, Australia captain Michael Clarke admitted he may never play for his country again due to ongoing back injury issues. He told Cricinfo, 'There's a chance I may never play again. I hope that's not the case and I'll be doing everything in my power to get back out on the park but I have to be realistic as well.' 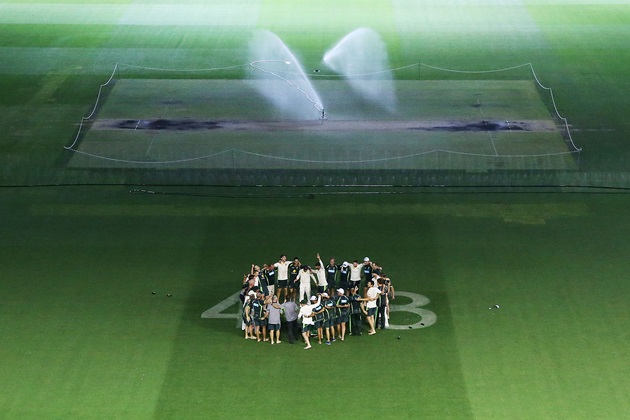 
popular
Roy Keane shows great comic timing after Jack Grealish party invite
Cutting through the contradictions from one of the worst television segments of the year
France the sore losers as Ireland Men reach first ever Sevens World Series final
Kilkenny corner back does what every defender is supposed to do to win All-Ireland under-20
"I don't want to stick the knife in" - Are Leinster in Munster's heads?
Footage captures the moment Mo Salah discovered Manchester City were winning
Ralf Rangnick nicknamed 'specs' and subject to 'bully behaviour' at Man Utd
You may also like
1 week ago
Former Australia cricketer Andrew Symonds dies after car crash, aged 46
2 months ago
Australian cricket legend Shane Warne has died aged 52
3 months ago
"The main difference is that you’re more likely to suffer from sunburn than frostbite" - Life at a GAA club in Australia
4 months ago
Why Oisin Mullin will want to follow in Cathal McShane's footsteps after rejecting AFL move
4 months ago
"I have decided to stay in Ireland" - Oisin Mullin gives Mayo fans the news they have been praying for
4 months ago
Novak Djokovic will be deported from Australia after losing visa appeal
Next Page