The game between Andy Murray and Novak Djokovic is currently tied, with the Serbian taking the first set 7-6 before Murray won the second on a tie-break. However, play was briefly interrupted when a number of protesters evaded heavy security and stormed the court.

The invading spectators were protesting against the Australian government's asylum policy and the act was in support of a hunger strike on Manus Island. The protesters at the Melbourne event somehow dropped down 15 feet from the stands to courtside and attempt to unfurl a banner.

Security surrounded the players as the protesters were eventually led from the court, to the cheers of the crowd. 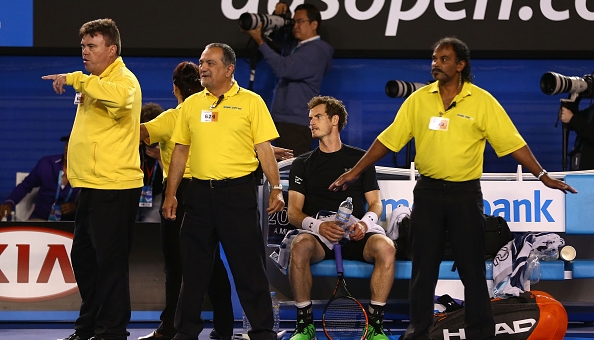 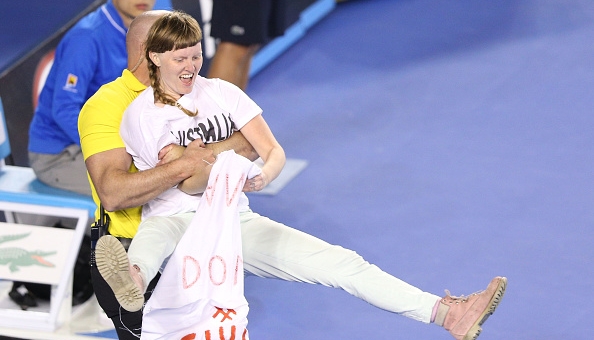 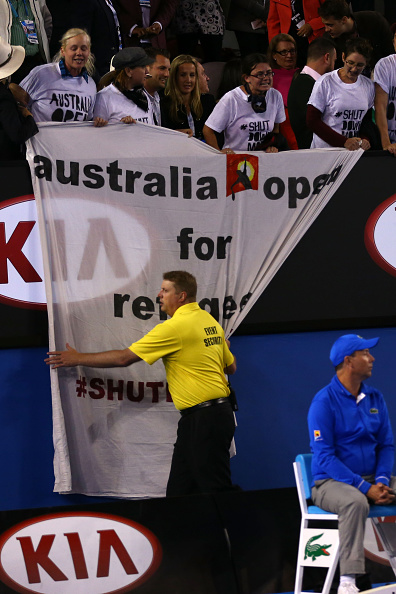 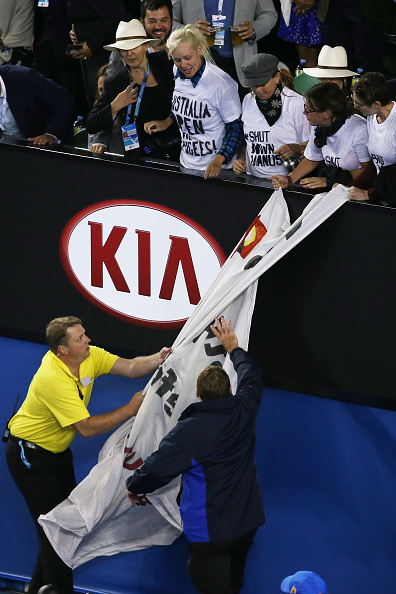 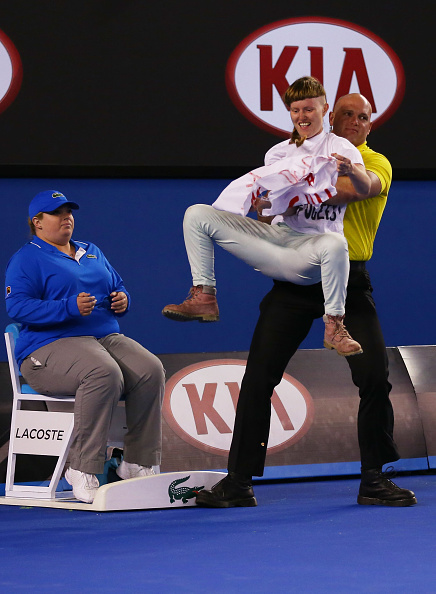 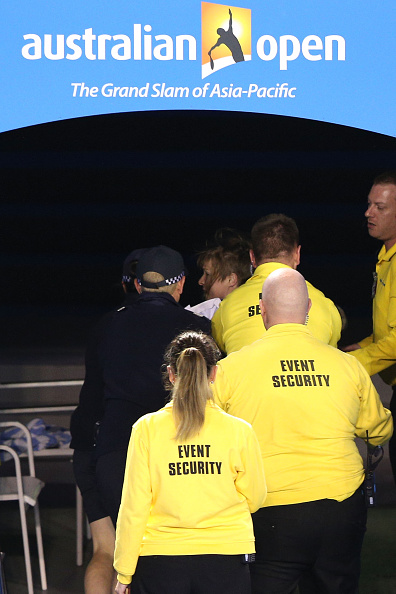 
popular
Andy Farrell goes for Munster veterans as Ireland team to face New Zealand named
The four stone-cold certainties for All-Stars even as early as this
Eamon McGee just couldn't help himself with Armagh-melee tweet
"He's actually smiling putting the ball over the bar. He should nearly be fainting." - Ryall on Limerick's legacy
Kylian Mbappe reportedly wants PSG to sell Neymar
Gavin Coombes one of four Irish players to push themselves into Test picture
"The economy was one of the big reasons" - Cadogan's move from an electrician to personal training
You may also like
4 months ago
Rafael Nadal wins record 21st Grand Slam in Australian Open victory
5 months ago
Daniil Medvedev shuts up the Australian boo-boys with a brilliant post-match interview
5 months ago
Nemanja Matic slams 'shameful' treatment of Novak Djokovic
5 months ago
Australia confirms Novak Djokovic is banned from country for three years
5 months ago
Novak Djokovic speaks out after losing visa battle in Australia
5 months ago
Novak Djokovic will be deported from Australia after losing visa appeal
Next Page