Peter Sagan has been disqualified from the Tour De France after his involvement in a crash with Mark Cavendish on the 4th stage of the Tour.

Sagan had finished second on the stage but the Slovakian appeared to intentionally nudge Cavendish with an elbow in their sprint finish towards the line.

The two-time World cycling champion has won the points competition in the Tour De France for the last five years and is widely considered as one of cycling's most prodigious talents. The 27-year-old was fancied to win the green jersey again this year and his absence will be a huge blow to the Tour. 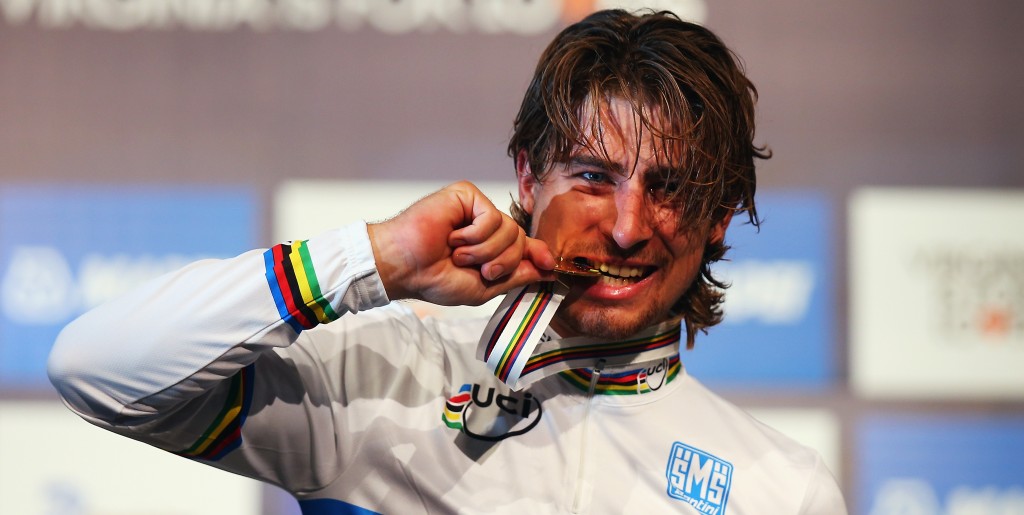 Sagan was initially docked 30 seconds and 80 points in the Green Jersey competition. However, the jury went on to analyse the video footage for several hours before announcing his disqualification.

"We've decided to disqualify Peter Sagan from the Tour de France 2017," an official from the race jury announced.

The stage was won by French man Arnaud Demare but was marred by this incident.

Fellow sprinters John Degenkolb and Ben Swift were brought down by the flattened Cavendish in the dramatic climax.

The footage doesn't do Sagan any favours, as he visibly appears to swerve towards Cavendish who was perilously close to the banners on the side of the road.

Sagan is a very divisive figure in cycling and it's not the first time he has been involved in controversy.

Peter, it's not very clever to pinch a podium girl's butt.

He had the wedding of all weddings.

He crossed the line on Tuesday, that's for sure.


popular
Warren Gatland mentions three Irish players as potential Lions captain
The SportsJOE 12 o'clock quiz | Day 221
"We're doing it for the group and for what's going on in the country" - Andy Farrell
QUIZ: Can you guess the football club badge?
Two changes as Ireland name team for Six Nations title decider
Paul O'Connell names four Irish certainties for Lions, and one bolter
Gini Wijnaldum shares his favourite gym workout for the abs
You may also like
1 month ago
Sam Bennett admission shows how incredible his final stage win was
1 month ago
Sam Bennett clinches green jersey after pulsating Paris finalé
1 month ago
Peter Sagan pays classy tribute ahead of Sam Bennett's big moment
1 month ago
Sean Kelly sums up emotion of a nation as Sam Bennett all but sews up the green jersey
1 month ago
Controversial disqualification gives Sam Bennett massive green jersey boost
1 month ago
Bradley Wiggins tries to claim Sam Bennett as 'British', right in front of Sean Kelly
Next Page