The 54 people you'll find in every single Irish gym 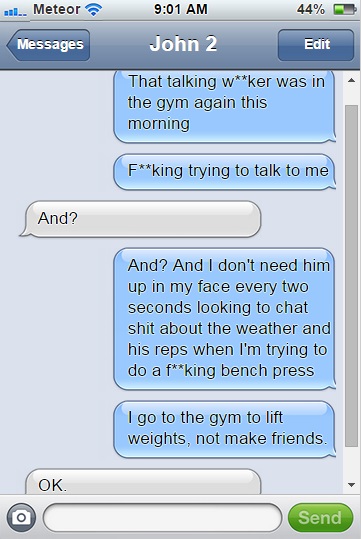 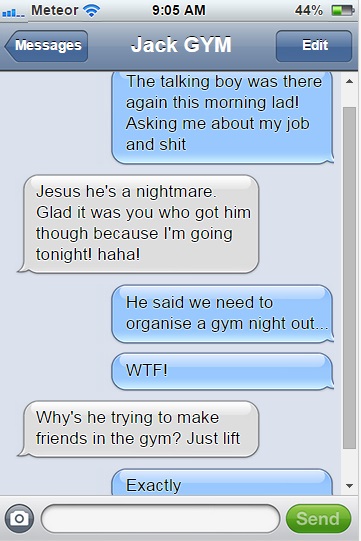 Because only a fool would do a deadlift with their shoes and socks on. 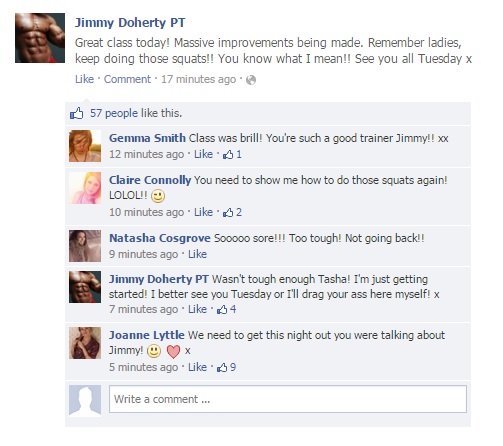 Don't be afraid to let it out. Haters gonna hate #gains

Own the bar. Get it up and let it go #gains pic.twitter.com/lZ48gnhp27

7. The guy who used to play GAA

Dragging himself away from an afternoon carryout to stick on the old county minor jersey with number 11 at the back to sit on the bike and talk about tonight's antics.

The sort of guy who takes his top off at a concert when it's raining because he hasn't worked all year not to show all of this off. 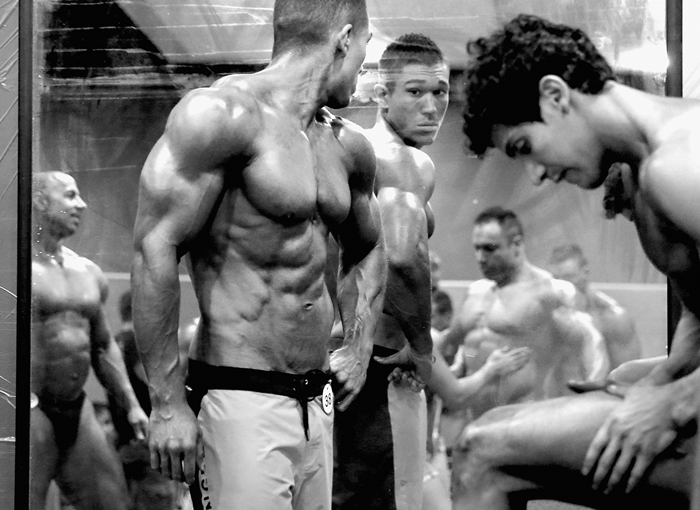 9. The guy who tells you you're doing it wrong 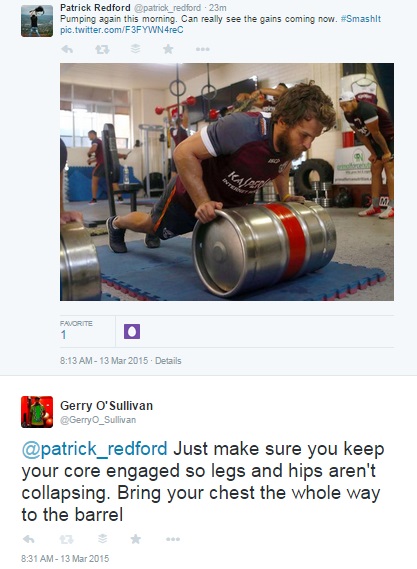 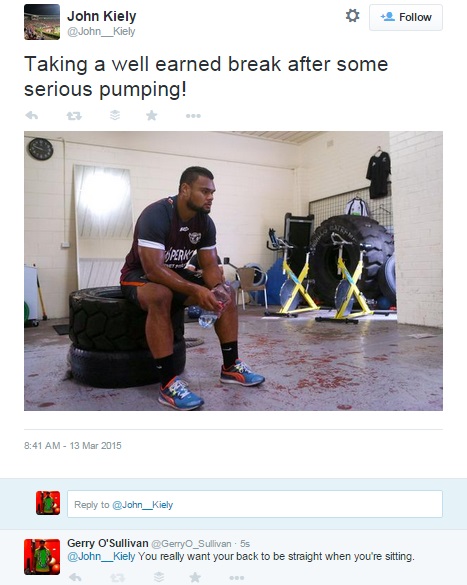 12. The hot girl everyone is staring at 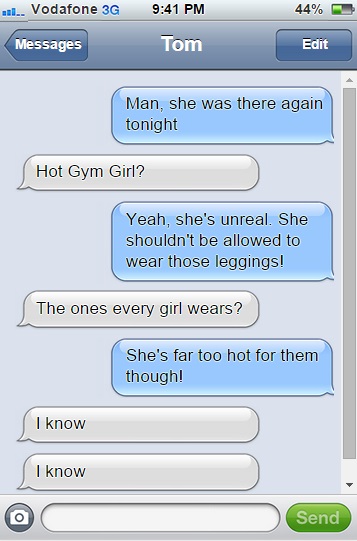 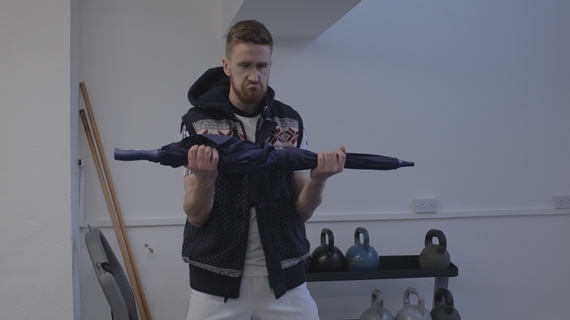 Yeah, yeah, you're telling us you've just killed six reps at 150kg but why are you only showing us one?

15. The guy trying to take a picture of himself in the mirror

We all need evidence that we were at the gym. 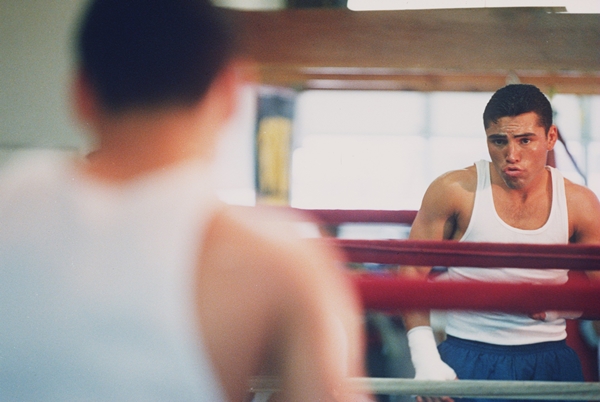 Because everyone should hear how many reps you're doing.

17. The guy who discovers a punch bag and now thinks he's a lethal weapon 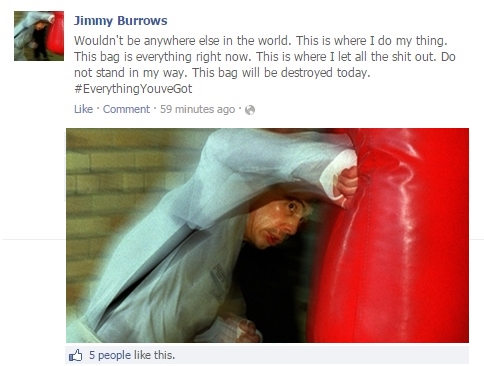 18. The guys who are suddenly MMA experts

Met this chump in the gym today #NoFilter

19. The shadow boxer soul searching at the mirror 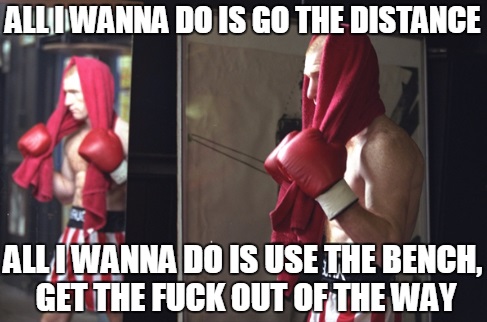 20. The gym instructor just hanging around to talk to people

... and to let people know he's a gym instructor, of course. 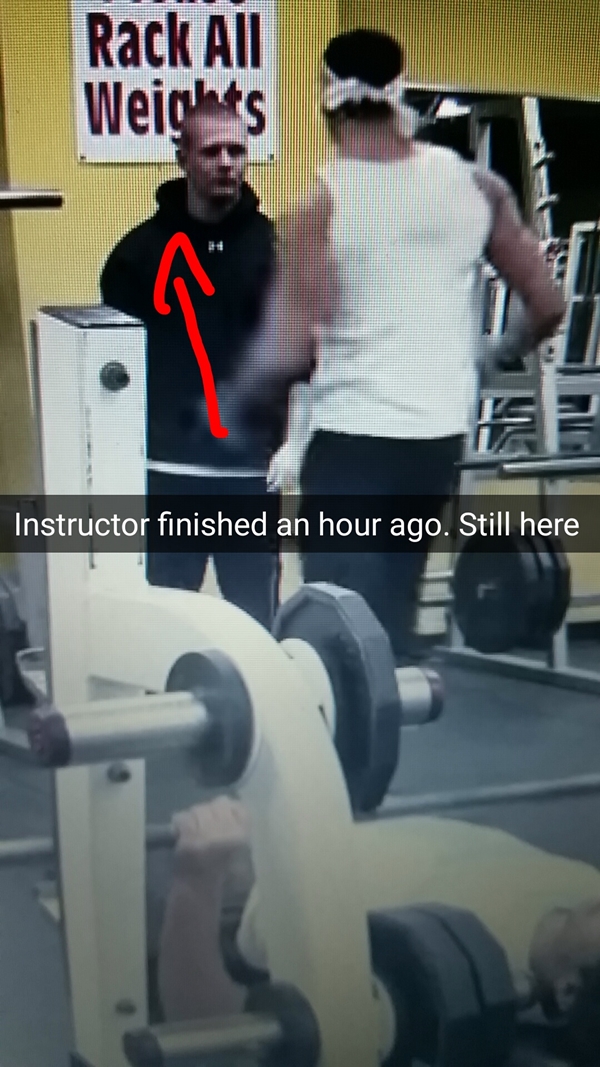 How can you expect to lift things without the right look? A footballer couldn't play football without... shin pads. 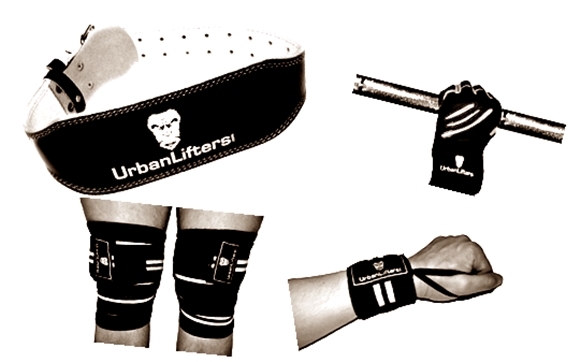 22. The guy who struts around after every set

23. The guy who changes the music

You are the only person in the world.

WHAT. A. TUNE! Absolutely buzzing off this!
Can't wait to blast this bad boy tonight and wreck those dead lifts!https://t.co/Y0c4smDp19

24. The girl who's best friends with the gym instructors

Nothing else matters anymore. 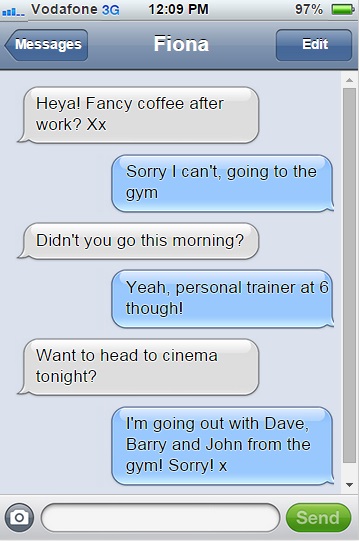 25. The greatest spotter in the history of spotting

Help out your fellow lifters. This guy could have done some serious damage pic.twitter.com/nTBDO9zplk

26. The guys who are making friends 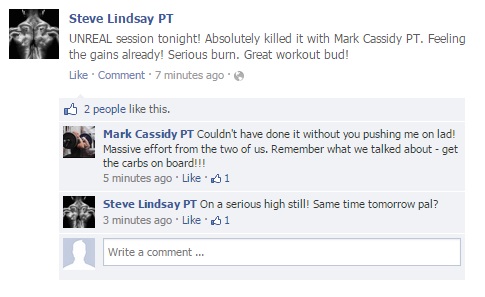 27. The guy absolutely pelting uphill on the treadmill

There's just not enough space in the outside world.

29. The guy who stares at everyone

Time between sets can be a long ol' jaunt. Some people use it to prowl, some people use it to look at themselves and some losers use it to recover. Others, they use it to stare at every single person daring to move in their vicinity. The guy doing pull-ups will never get off lightly from the death stare.

30. The guy who doesn't need to be there

Please. Don't be that guy.

32. The guy who's permanently ready for a fight

He's at war with weights. What he's doing is more important than you. 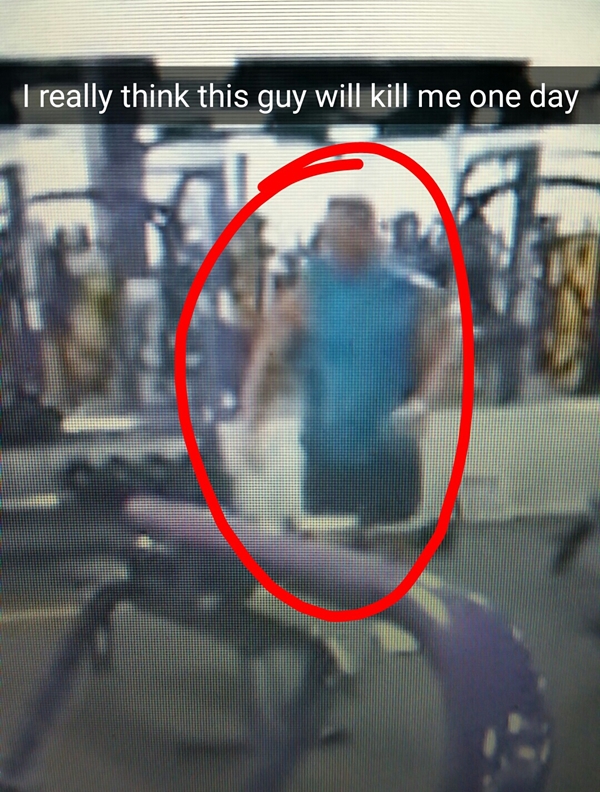 33. The guy who knows an instructor

And it's his job to make everyone in the world know that he knows. He'll be found at one side of the gym shouting across countless people to the other side something shit like, "No pump today, Matt? You're good to yourself!" Because that just couldn't wait.

34. The skipping guy in everyone's way 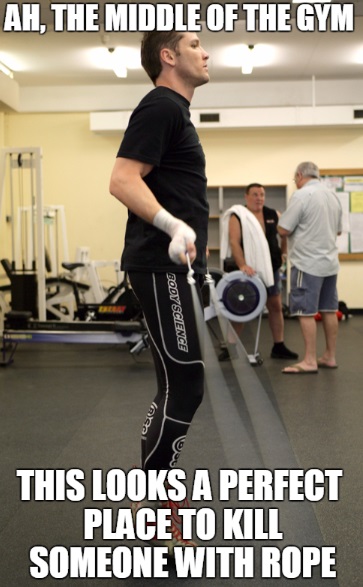 Will be found lugging around their kit bags from machine to machine.

36. The guy lifting too much always asking for a spot

Never back down from the last rep #onemore 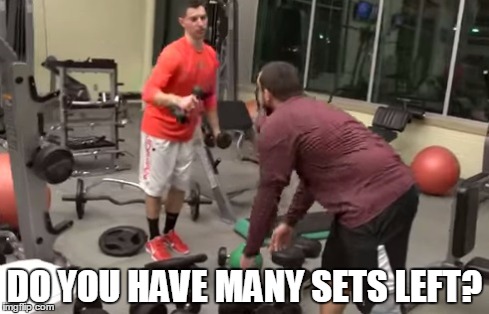 The gym's better when you're not sweating. Also found in the form of a group of girls stretching. 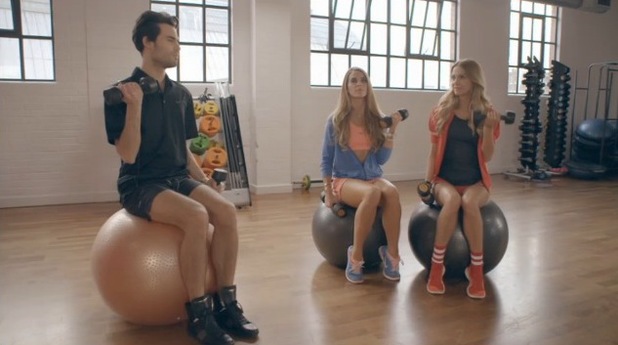 It would be too embarrassing to have to read the instructions or ask someone, so make up your own exercise and pretend like this was all part of the plan.

40. The guy who sees more than just a pull-up bar 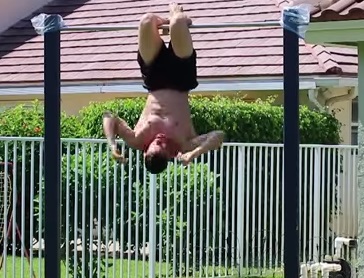 There was just no time to consume this before or after the gym. It's now or never. 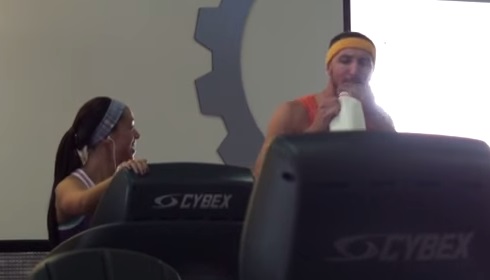 *Everyone reaches for camera phone to tell the world that they are up an hour earlier today.* 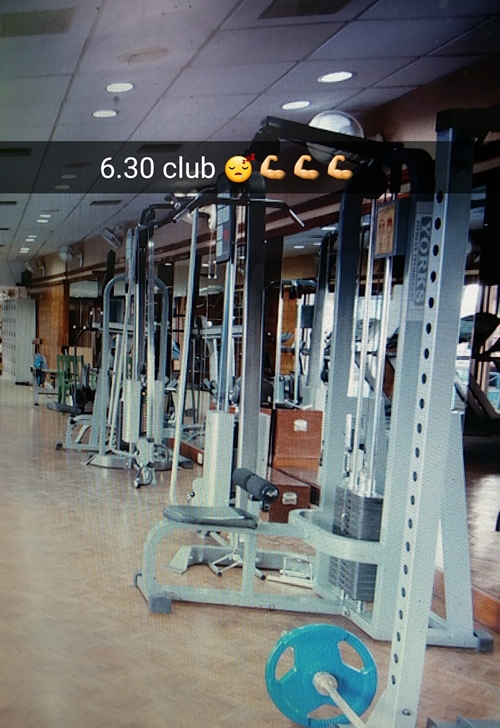 LOL. Amateur tryna mix it with the big boys pic.twitter.com/0mDk6IhHIB 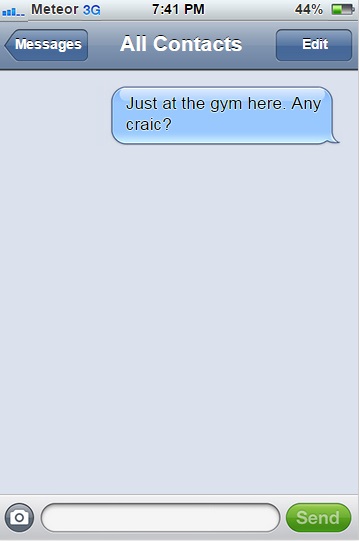 45. The guy filling his water holding the show up 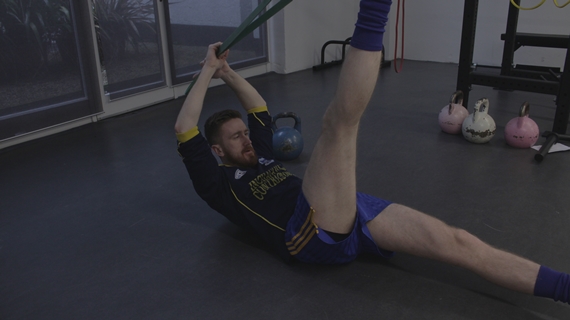 47. The guy with a piece of string for a vest

Showing your pecs just isn't enough if your nipples are not visible. 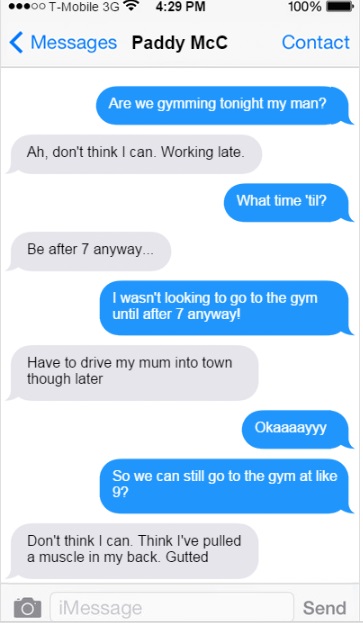 They lift more than you.

50. The guy who changes the weight before he leaves a station 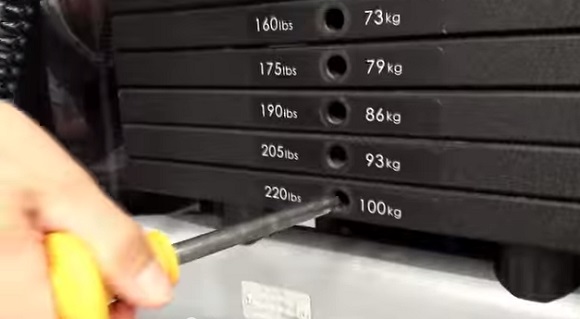 51. The guy pulling a sex face 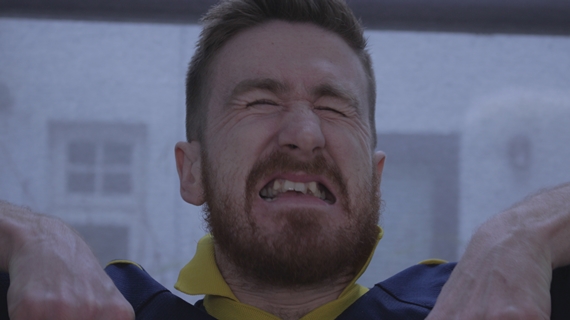 52. The guys heading out tonight looking for a pump 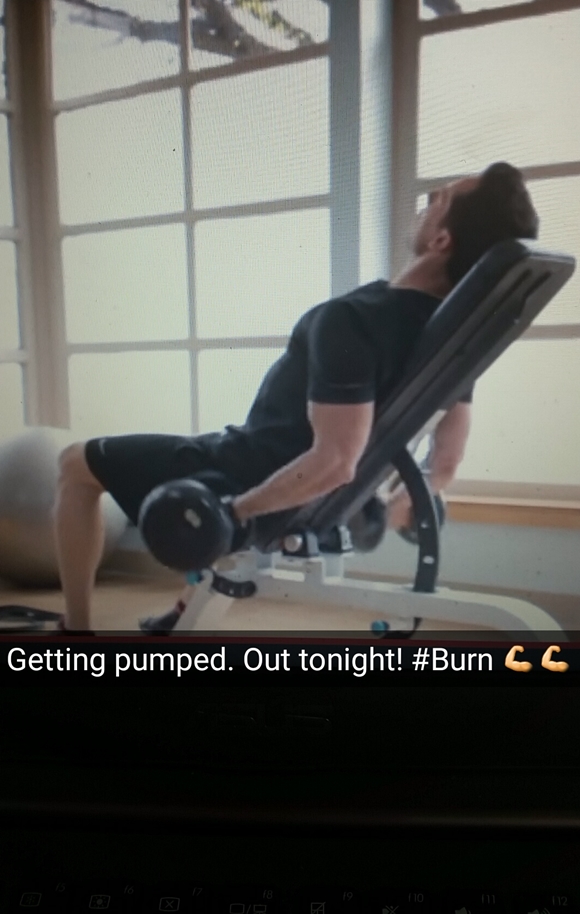 Because you couldn't lift a weight without six people screaming at you to do so.

Very special thanks to Bogdan Merkes of MerkesPerformance.com for the use of his top conditioning facilities and, of course, to Darragh Murphy for his splendid acting skills.

popular
How The Mountain lost 36kg ahead of boxing fight with The Beast
Sam Bennett's green jersey masterclass got Lance Armstrong talking
The SportsJOE 12 o'clock quiz | Sam Bennett special (Day 184)
Irish cyclist Sam Bennett delivers classic putdown to British cycling magazine
Peter Sagan pays classy tribute ahead of Sam Bennett's big moment
"He's found a way to do it. Whether that's good or bad for the game, I don't know"
The Ireland XV we would start against Italy
You may also like
1 month ago
Leinster star Hugo Keenan has beaten Beauden Barrett's 'Bronco' time
5 months ago
The Andy Moran GAA Isolation Workout
1 year ago
The rowing workout behind Gareth Bale's elite endurance levels
1 year ago
England centre Henry Slade on the changes he made to his diet and training
1 year ago
"The weights fell off both sides and I was left with the bar like a plonker"
1 year ago
Ireland's Strength & Conditioning coach on the regeneration plan that has aided our recent success
Next Page