International press react to the O'Donovan brothers' silver, and interviews

"Ara, sure, it's no harm," Paul O'Donovan replied.

The two lads are not used to praise being heaped upon them but they had better. There's a lot more coming.

END_OF_DOCUMENT_TOKEN_TO_BE_REPLACED

Paul, and his brother Gary, became Ireland's first ever rowing medallists at the Olympics and they were only 0.53 off the first place French pair of Jeremie Azou and Pierre Houin. That achievement, and the Irishmen's laid-back interview style, has won them legions of new fans.

O'Donovan heroes bring back silver and we can't bloody wait for the interview https://t.co/Lfk2fePQT8

The international press reacted favourably to the arrival of these two fresh, honest and extremely talented Olympians.

The English news organisation are enraptured with the Irish pair. They selected a series of the O'Donovans' best quotes and stated how their performances have lifted a hopeful nation.

'The [brothers] also jokingly complained about a decision to cancel racing due to high winds, because going out on the water would have been a "bit of craic".

'Their laid-back interview style and rowing success has been a bright spot for Team Ireland in what has so far been a disappointing Olympics, overshadowed by shock defeats and a boxer's failed drug test.'

The report features Donal O'Driscoll, from Skibbereen's credit union, and his dissertation that the lads are still four years away from their peak. "So we'll go again at the next Olympics," O'Driscoll remarks. 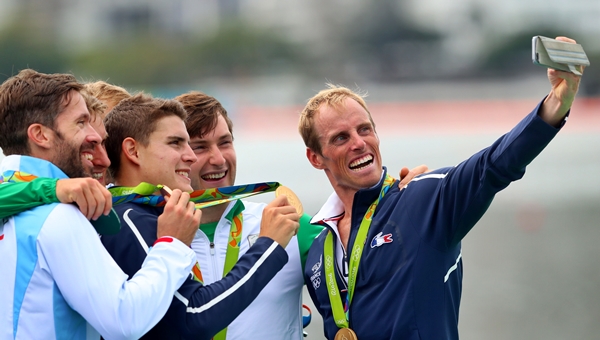 Belgian news outlet HLN write about how the brothers wrote themselves into Irish sporting history by clinching silver.  Their reporter, Dimitri Eeckhaut writes about the 'comedy duo':

'The crazy, but amicable pair of brothers were so elated and delighted that their - barely intelligible - interviews spread quickly around the world.'

Both France 24 and Le Figaro lauded the efforts of their gold medal heroes but praised the Irish rowers for pushing their men all the way.

END_OF_DOCUMENT_TOKEN_TO_BE_REPLACED

The Guardian report that the O'Donovans produced the 'performance of their life'. "On a wet morning at the Lagoa, the brothers from Cork shone with a fine performance that brought with it a deserved podium spot," the report adds.

Meanwhile, The Huffington Post couldn't get over the class antics of the two lads in front of the TV cameras. Reporter Sarah Ann Harris marvels:

'They opened their interview asking “what’s the craic” and went on to discuss “podium pants”, urine tests and signing autographs.'

There was also a reference to this classic interview introduction with the BBC.

And finally, in The Telegraph, Mark Molloy details some of the Skib natives' best bits in a piece headlined 'These Irish rowers are giving the best interviews at the Olympics'.


popular
"I never really cried or got emotional over what I've done as an individual. I couldn't give a s***"
"If I break my wrist, it's on f***ing both of you." - Koepka and Berger act the spoiled child
"I was off the grid" - Aidan O'Shea respond's to Mayo criticism after club championship win
The FootballJOE Pub Quiz: Week 7
'I won The Open by six shots in my home country, but this was the best week of my golfing career'
Garry Ringrose raves about four young Leinster stars to watch this season
Galway fans' frosty reception for Davy Fitz doesn't make any sense
You may also like
2 years ago
Military coups, AK47s and gold medals - the remarkable story of how Ben Ryan guided Fiji to Olympic Sevens glory
3 years ago
Mick Conlan reveals Instagram message from man who robbed him of Olympic medal
3 years ago
Michael Conlan's embracing the lowest point of his career and making it his own
4 years ago
WATCH: Ireland's bittersweet sporting year summed up perfectly by top betting surprises
4 years ago
Michael Conlan makes it clear to AIBA how much he is willing to pay them
4 years ago
Michael Conlan must pay maximum fine possible if he wishes to ever fight at Olympics again
Next Page