Many will say that the record books are already warped when it comes to athletics.

EPO and other performance enhancing drugs have a lot to answer for there. But now there's a new kid on the block, the carbon plated Nike VaporFly shoes which have proven to speed up road-runners and in turn, change the game completely.

With carbon fibre blades and thick rubber soles underneath them, runners are being propelled forward like never before.

You might think it okay if every runner had access to these state of the art innovations, but as Cork runner Lizzie Lee says, they don't come cheap. On top of that, old records are being toppled for sport. For example, Kenya's Eliud Kipchoge smashed the two hour marathon - a barrier previously deemed inconceivable - with their aid.

"The game changer for that has been the shoes and everyone knows it’s the shoes so to pretend it’s not," says the Cork Olympian.

"The shoes are expensive and some are more expensive than others," she added at the launch of the virtual KBC Dublin marathon.

"They put an awful lot into these and there’s a lot of talk about them.

"Certainly, you can’t argue that they haven't made marathon running faster. When they put out the times for Tokyo originally, you would not have thought that they had a points system and then a time of 2:29:30 and then they had different ways. 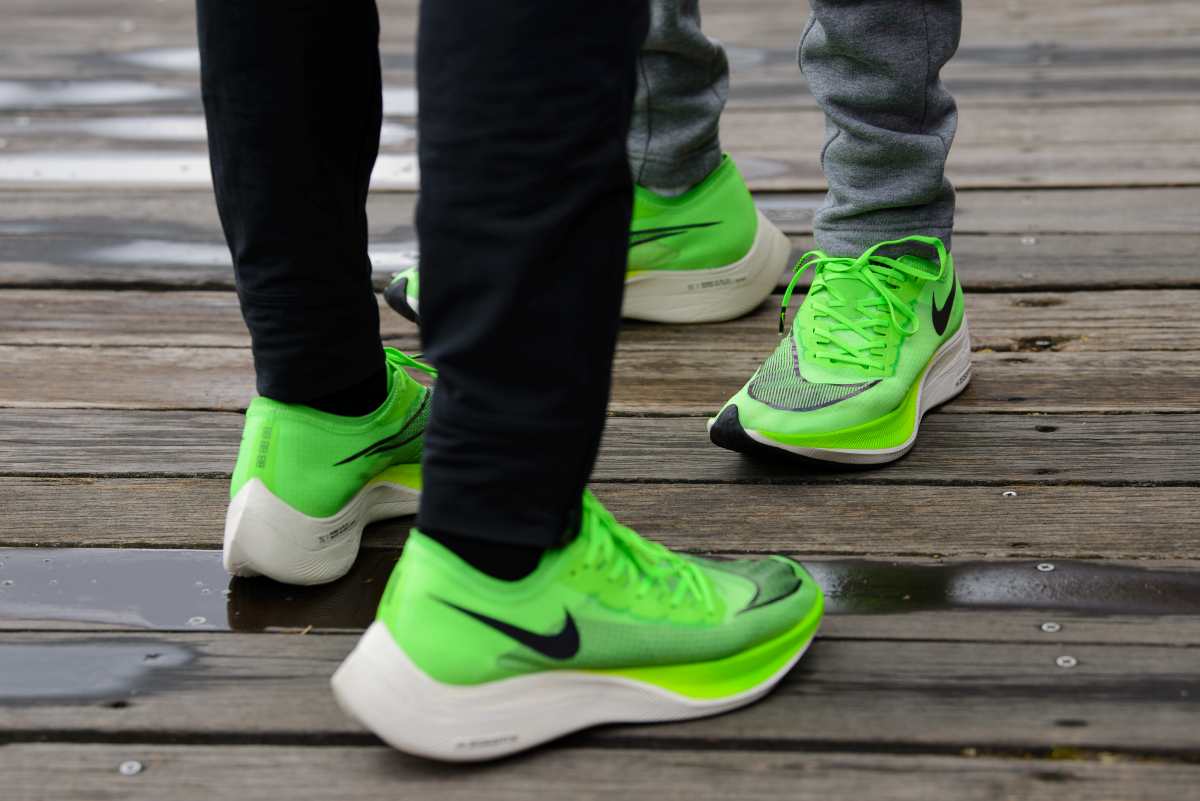 "You would not have thought that you would actually be potentially, with the women’s, you’re looking at 2:29:30 full stop. And for the men’s, certainly it’s gone down to the time because they’re at that capacity already..." 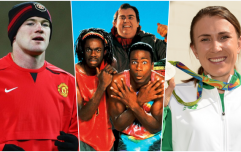 END_OF_DOCUMENT_TOKEN_TO_BE_REPLACED

From a personal perspective, Lee hasn't allowed herself wear the runners yet but if all other runners were exploiting the advantage - Lee feels she would be left with no option other than to join them.

"I’m not going to let myself get beaten in a local road race by somebody who’s wearing the shoes if I’m not. They can beat me if we’re both wearing the shoes. It is a little bit annoying that you've to spend all this money to be on a level playing field. We're re-writing all the record books as well but then for me is you just think - wow can I actually get a PB by just chucking them on."

"My sister is a good age group runner. She'd probably run around the 39-40 minute mark for 10 k and she has the shoes. Because she's like, I want to keep winning my category because the girl who I normally beat by five seconds is now beating me by ten seconds because she's throwing them on." 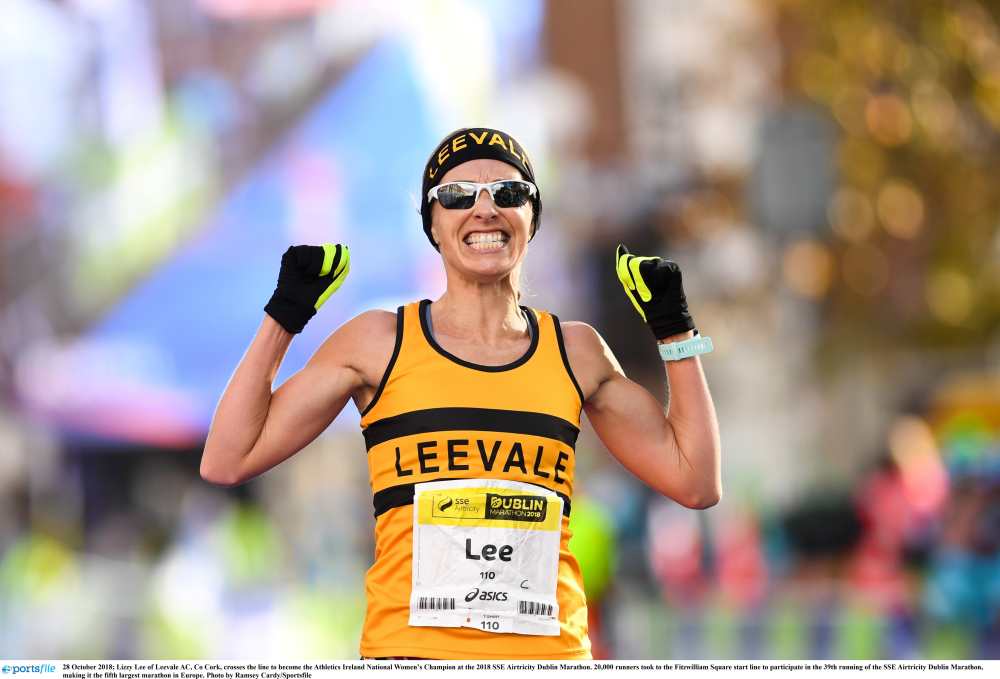 As for her own aspirations, the 40-year-old feels that Tokyo may be a bit of a stretch and that a home Euro cross country is a more realistic aim this winter, corona-virus permitting.

"Look, I’d never say never but the standard, I think it’s going to take the 2:29:30 to get on the plane and obviously, Fionnuala [McCormack] has that and there are a few girls who are well capable of running that now. And the extra year has given a few others time to do it as well..."

"When I qualified for Rio, I had blinkers on. It was the only thing for four years that I wanted and that’s not the case now because as my mother said, 'You’ve been and you have your rings so enjoy them’. But I definitely wouldn’t be jacking in the towel either and I would love another Irish singlet or two.

"And I would love another Irish singlet or two. They still haven't cancelled the European cross country in Dublin and if that happens,  I'd certainly be trying to put my hat in the ring on trials day. If we see any races this winter, cross country is probably the most manageable in terms of social distancing. I'd love if we had a Euro Cross in Dublin - an Irish singlet in Dublin - that's fire in my belly. A Euro cross with Fionnuala, Ciara Mageean and these - I'm getting goosebumps thinking about it!" 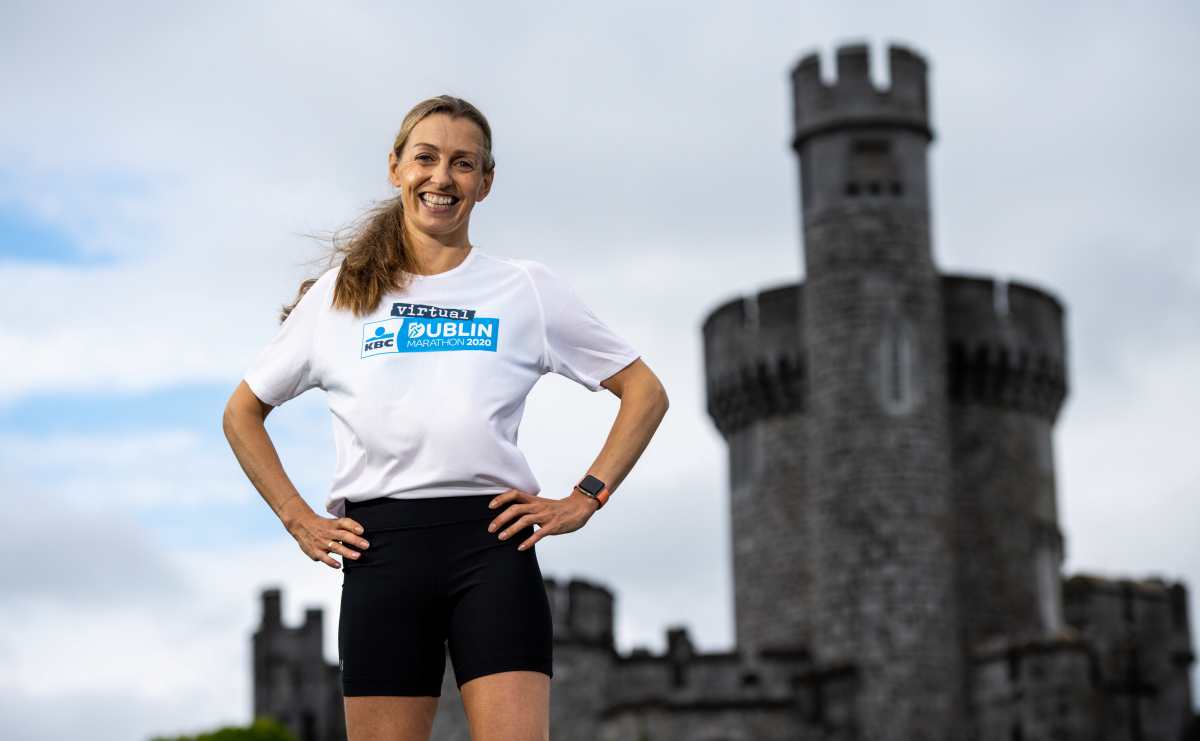 Olympian Lizzie Lee, who was on hand today to launch the KBC Virtual Dublin Marathon which takes place over the October Bank Holiday weekend (24th – 26th October). There are also options to sign up for the KBC Virtual Race Series distances; 4 Mile, 10km and Half Marathon. For more details log onto kbcdublinmarathon.ie #RunYourTown. Photo by Ramsey Cardy/Sportsfile


popular
"They don't care about mistakes once they're honest mistakes" - Buzz back for Bennett
The Ultimate Diego Maradona Quiz
The SportsJOE 12 o'clock quiz | Day 249
Sky Sports pundit calls out Katie Taylor during live broadcast
Jose Mourinho leads tributes to 'Don Diego' as the world says thanks to Maradona
Caelan Doris backed for Lions despite England's expected Test XV domination
The SportsJOE 12 o'clock quiz | Day 248
You may also like
4 months ago
Ciara Mageean burns high class field with blistering kick around the bend
4 months ago
The Irishman who led the Olympics after some audacious gate-crashing
4 months ago
Animal Scullion is one tough cookie
5 months ago
From a childhood crack den to an Olympic dream with the world's greatest
6 months ago
American nightmare forgotten as talented Power eyes Olympic dream
6 months ago
David Shanahan: Chasing the American dream
Next Page