You can understand the frustration felt by Novak Djokovic and his fellow quarantined tennis stars...to a point.

The food from their Victorian base does look fairly bog standard. We'll give them that.

Having to train from a hotel room in the week leading up to a career defining grand slam is hardly ideal and without doubt, a huge culture shock for these obsessive and perfectionist professionals. That's for sure. 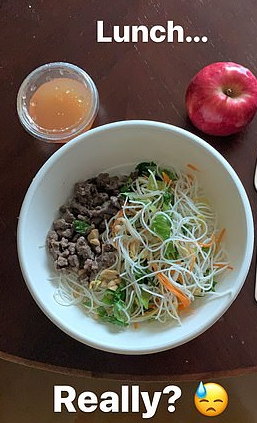 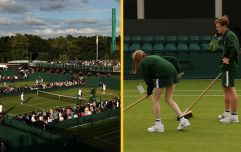 END_OF_DOCUMENT_TOKEN_TO_BE_REPLACED

When you've plans in place to ramp up, gear up and fine-tune the machine, it is an exasperating and an incensing thing when they are taken out of your hands. Just ask any sportsperson deprived of a gym, a park, a game or a competition these days.

But these, unfortunately, are obstacles and exasperations the whole world - regardless of privilege, ability or ambition - is facing right now and while that doesn't make the restrictions 100% right, it does mean that you'd be better off just getting on with it and making do with your lot.

A frustrated Djokovic reportedly took it upon himself to compile a list of demands for himself and his 72 fellow quarantined players on Monday. Some of the demands are understandable, such as fitness and training materials in all rooms, better food, permission to visit your coach. But when he moved onto 'private housing,' that was the moment he lost the crowd.

END_OF_DOCUMENT_TOKEN_TO_BE_REPLACED

The famously blunt Nick Kyrgios tweeted calling Djokovic a "tool," on the back of his list while the Victorian Premier Daniel Andrews also gave him a short shrift.

“People are free to provide a list of demands. But the answer is no," Andrews said, “That was the condition on which they came. There’s no special treatment here."

This ain't finished yet. An Australian news bulletin below carried the footage of Bernard Tomic's Love Island star girlfriend Vanessa Sierra claiming that she "never washes her own hair," as she struggled to cope with the quarantine.

Djokovic is a tool. I don’t mind Bernie but his Mrs obviously has no perspective, ridiculous scenes 🤦🏽‍♂️ https://t.co/MMgeriH2GJ

In fairness, when compared to those goings on, Novak Djokovic comes across a complete angel. Heather Watson meanwhile, is undeterred by it all, the former British number one running 5k in her hotel room.

5k from the hotel room. Heather Watson's not making any excuses 👏

All in a day's work in the world of tennis. Bring on the Australian Open!


popular
Full Ireland ratings as ruthless All Blacks run in six tries at Eden Park
Richie McCaw on the Irish jersey swap he will forever cherish
Dalo sums it up as Kilkenny do to Clare what they've done to so many others
Irish fans fuming as Scott Barrett allowed play on after Peter O'Mahony head-shot
Get him a tuxedo, give him the All-Star and for crying out loud, someone bring that man out to America
Southampton pay tribute as Shane Long leaves the club after eight years
Peter O'Mahony one of only a handful of Ireland starters to emerge with credit
You may also like
5 months ago
Rafael Nadal wins record 21st Grand Slam in Australian Open victory
5 months ago
"Pretty bloody special!" - Ash Barty becomes first home Australian Open winner in 44 years
5 months ago
Daniil Medvedev shuts up the Australian boo-boys with a brilliant post-match interview
5 months ago
Nemanja Matic slams 'shameful' treatment of Novak Djokovic
5 months ago
Australia confirms Novak Djokovic is banned from country for three years
5 months ago
Novak Djokovic speaks out after losing visa battle in Australia
Next Page