If Paul and Gary O’Donovan were any more laid back, they'd be horizontal.

The Cork brothers qualified for the men’s lightweight double sculls semi-final in Rio today by winning their heat in dramatic fashion.

They were slow to leave the dock, but really came on as the race wore on. Finishing powerfully, they won the heat by the slimmest of margins, finishing just 0.38 of a second ahead of the Italian crew. 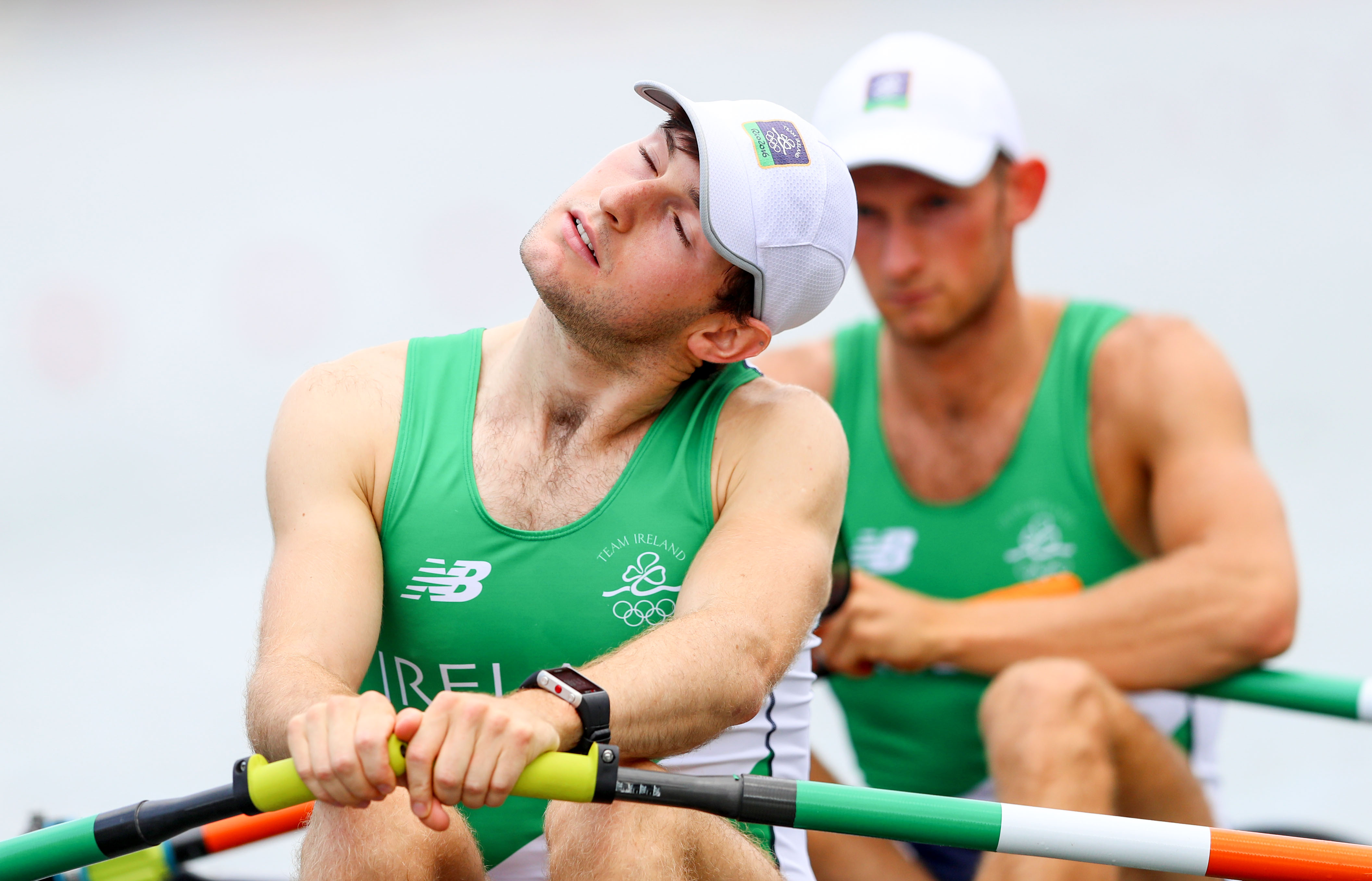 It was a tremendous win that really came down to the wire... not that you could tell from their interview with RTE after the fact in which they took being "chilled out" to a whole new level.

"We set out the plan going into this race and it fell perfectly into place for us. We went through the Italians in the last 500. They came back at us a little bit but we had enough in the tank to hold them off.

"We're pretty pleased with that on our Olympic debut. It's looking for the next day hopefully."

The brothers were actually due to take part in their opening heat on Sunday, but weather conditions saw it delayed. While the weather wasn't exactly amazing on Monday, Paul didn't seem to mind too much.

"We handled it very well. We were almost disappointed we couldn't race yesterday, it would have been a bit of craic,"

"We're well used to be a bit of wind. That kind of thing wouldn't faze us at all."

The O'Donovan brothers took the choppy water conditions in their stride to win in Rio today https://t.co/lJNoLL4OrYhttps://t.co/AuWALUfm4W

Interview with Gary and Paul O'Donovan on @RTEsport was a breath of fresh air, they show great character #theymeanbusiness #IrishOlympians

Fair play to @RTEsport for these interviews. Those O'Donovan brothers are hilarious! https://t.co/5WEC2pNpvV

@RTEsport This clip is fantastic, Gary & Paul seem to be taking the Olympics in there stride. #rowing #RioOlympics2016 #rtesport #WestCork


popular
Jacob Stockdale and Johnny Sexton not spared by English press
'Were they up for it more than us? That's my responsibility' - Andy Farrell
ROG hits the nail on the head assessing Ireland's performance
Baz & Andrew's House Of Rugby - Twickenham carnage
QUIZ: How well can you remember this season's Premier League results so far?
Triple Crown wrenched away as England scrape Ireland off their boots
Tyson Fury reveals what happened when he sparred Anthony Joshua
You may also like
1 year ago
Military coups, AK47s and gold medals - the remarkable story of how Ben Ryan guided Fiji to Olympic Sevens glory
1 year ago
Mick Conlan reveals Instagram message from man who robbed him of Olympic medal
2 years ago
Michael Conlan's embracing the lowest point of his career and making it his own
3 years ago
It seems there was just one problem with O'Donovan brothers' appearance on Graham Norton
3 years ago
WATCH: O'Donovan brothers had a Hollywood actress entranced on The Graham Norton Show
3 years ago
WATCH: Ireland's bittersweet sporting year summed up perfectly by top betting surprises
Next Page