Retired at 22, hard to believe.

Top level international swimming is a brutal business, as Grainne Murphy has discovered.

The Olympian from Wexford has decided to retire ahead of the Rio 2016 to concentrate on her studies after a serious lung infection hampered her preparations for this summer's Games.

END_OF_DOCUMENT_TOKEN_TO_BE_REPLACED

The European silver medallist has had a hard time of it with injuries and illness since bursting on to the scene as a 16 year old.

Widely tipped to at least reach the final of her favoured 800-metre freestyle at London 2012, the University of Limerick student was struck down by glandular fever, which saw her withdraw from all events after struggling in a 400m heat.

Murphy moved to France in 2014 to train but illness has once more put paid to her Olympic dreams and she has taken the difficult decision to retire and focus on her studies in exercise and health fitness at UL. 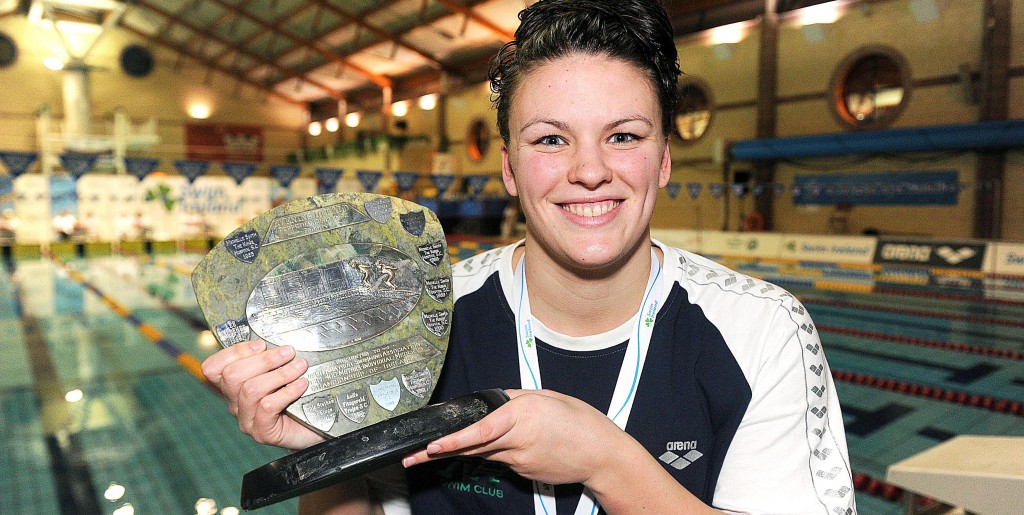 On Tuesday evening she released the following statement.

"After thinking long and hard I have finally come to the decision to hang up my hat and goggles at International level. I have had many amazing memories and experiences during my years as a high performance swimmer and I will treasure them for the rest of my life.

"The highlights for me included winning 3 gold and a bronze medal at the European Junior Championships in 2009. Following this I competed in my first senior competition at the World Championships in Rome where I just missed out on a semi-final. 2010 marked my first year on the senior stage and I won a silver medal in the 1500m freestyle and was just pipped for a bronze medal in the 800m freestyle at Senior European Championships in Budapest. Texaco honoured me with the Young Sports Star of the year award in 2009 and in 2010 I won the Irish Times Sports Woman of the year.

"Unfortunately tough times followed for me as most swimmers and sports people would understand. I had to undergo shoulder surgery which took me out of the pool for quite some time. I managed to recover from that well and qualified for the 2012 London Olympic Games. Quite publicly, things did not go well for me in in 2012 when I suffered from glandular fever which forced me to withdraw after the heats of the 400 freestyle at the Games. It was a slow road to recovery and in 2014 things finally improved. I then made the decision to move to France to train. Living in another country was an amazing life experience. I made some lifelong friends and trained with top class swimmers.

"I reached a crossroads in November of 2015. I suffered a severe lung infection that took a long time to recover from. I realised that while I might make an Olympic Qualification time for Rio, I did not feel like I would be competitive at the Games. I have always maintained that if I go to a major championship I want to be at the top of my game and in the mix.

"Currently I am finishing my studies in exercise and health fitness in The University of Limerick. I am excited for what the future may hold for me and I would love to work in the sports industry in some way.

"I would like to say a massive thank you to all the organisations and people that helped me during my career. I am grateful for the support received from Swim Ireland, Sport Ireland, The Irish Institute of Sport, The Olympic Council of Ireland, Castletroy College, The University of Limerick and UL Sport. In particular I would like to thank Caroline McManus, Ronald Claes, Keith Bewley, Brid Carr, Declan Ahearn and Billy Walsh. Eoin Conroy from Titan Marketing made my journey possible by attracting sponsorship with Arena, Under Armour, Cadburys and Honda Clonskeagh Motors, great companies that really got behind me. Most importantly thanks a million to my family and friends who have supported me during my career day in and day out."


popular
"Johnno went, 'We’re not moving! You're trying to mess us about!'" - Ben Kay recalls red carpet controversy
"Some of the generals wanted me executed" - Irish rugby legend on flag caper that went wrong
Rio Ferdinand claims that Cristiano Ronaldo should have been told to 'sit down' against Young Boys
Garry Ringrose challenges "pretty ridiculous" changing conditions for women's players
Andrew Trimble has to put his puke in his pocket as Mulcahy struggles with heavy handed leadership
Gary Neville embarrassed again following hasty Liverpool tweet
It won't mean much but Pat Spillane's compliment to Mayo and to Lee Keegan says it all
You may also like
1 month ago
Mona McSharry's incredible Olympics journey ends by blitzing Irish record
1 year ago
31-year-old Olympic gold medallist shares brutal Covid-19 experience
5 years ago
Ryan Lochte's incredible apology is almost as hard to believe as his original story
5 years ago
'Worst stereotype of the ugly American abroad' - US swimmer Ryan Lochte wanted by Brazilian police
5 years ago
Ryan Lochte's robbery story has been contradicted by his Olympic swimming teammates
5 years ago
Chinese swimmer praised for nonchalantly breaking period taboo in Rio
Next Page