Don't take me home, they sing. Over and over and over again through the clattering, the laughing, the dancing.

What the f**k is going on at Ally Pally?! 😂 pic.twitter.com/MZelTUUqS1

It might be a circus of some form alright - definitely chaos - but there's a place here for everyone, whether you're there in person or not.

The zombie-like transfixion on the oche as if it were smeared in warm blood, or beer, or the very best and worst of sporting tension - whatever your tipple - will infect us all at some point in our lives and, no matter if you're in bed, in work or in the arena itself, you're in Ally Pally.

Bang, bang, bang. One arrow after another swings through the London sky and gently penetrates the welcoming cork of a classic dart board. When that sound grows beautiful, you're in Ally Pally.

When the sport as a spectacle makes so much sense, don't look for Ally Pally, because you're already there. 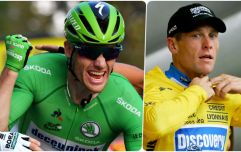 END_OF_DOCUMENT_TOKEN_TO_BE_REPLACED

Three throws, next guy up. No waiting, no faffing. Within nine darts, sometimes sooner, they're headed for a checkout and, every single leg, you get the best of what everyone loves so much about penalty shootouts - the litmus test of an athlete's mettle. Something that they could do with ease now blocking them from advancing - that savage question of nerve and the tension and relief it brings with it is the beauty of a shootout and that same concoction is bottled into every throw of a dart. Let's see who'll hold up. Let's see who'll shit themselves. How could you not love this game?

Anyone who doesn't appreciate this challenge has never in their entire life tried to hit a double. If they say this game ain't a sport, you say this conversation ain't worth having because the practice it requires to execute these skills and do it under this pressure is something only a minute few can try to do. You're aggressively jumping to the defence of the sporting prowess of a beer-drinking large man because you've found yourself in Ally Pally, wherever you are.

You could be sitting on your arse in the comfort of your front room couch cruelly judging players in the most important moment of their lives for showing any dent in their mental strength. If you find yourself throwing a dismissive hand in the air because someone you haven't watched all year has missed a checkout, if you find yourself reaching for 'bottler' or 'choke' or telling an unbelievable darts player to do what none of you ever want to do here and 'go home', then you're in Ally Pally, my friend. 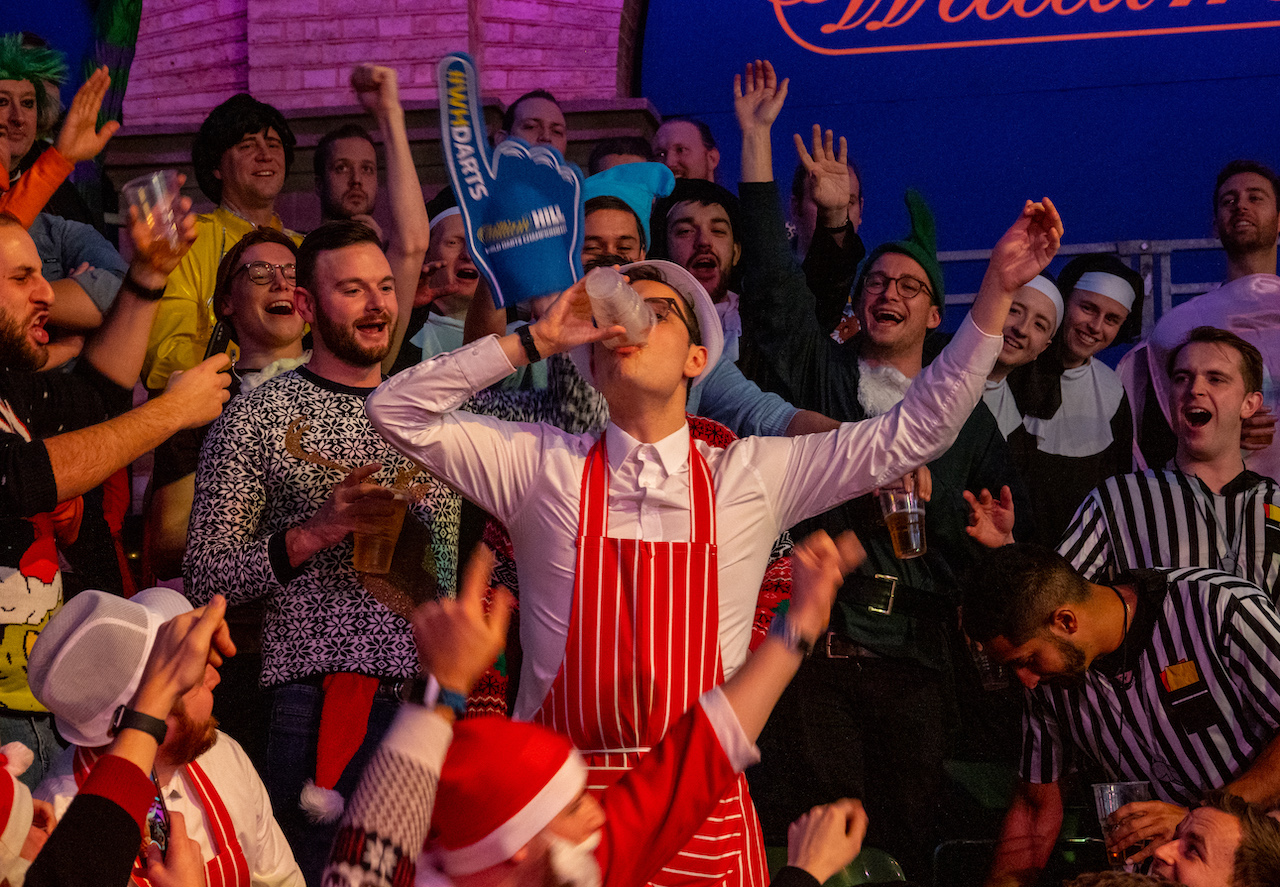 You're in a place where half the crowd aren't even watching the stage and yet they're the very reason the players are so wound up and error-prone. If they turned around and just looked for one second amidst their nervousness, they'd notice that most of the banana costumes and Mr Blobbys actually have their backs turned to the action, dancing and swinging their arms, worried about their own action of enjoying themselves. Some of them don't care if you hit or not, some of them don't even know.

From the moment the walk-on music brings the hall to its feet to the times when Russ Bray's mathematics unites the palace in an outpouring of joy as if it was all just one big stadium filled with fans supporting the same team, Ally Pally is a celebration of the daftest, the smartest, the funniest and the best of sport and human spirit. A hall of internationals, some there for drink, some there for darts, everyone there for a good time, the magic of Ally Pally is infectious.

So what if you're not watching all year round? Most sports have calendar peaks and we allow ourselves to check in and out for nothing but the selfish thrill and move on. Besides, Christmas time? That's darts time. That's Ally Pally time. 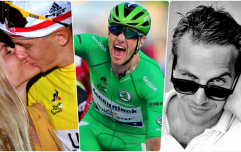 END_OF_DOCUMENT_TOKEN_TO_BE_REPLACED

In the middle of the biggest sport's biggest league cranking up over December and dominating TV, darts has somehow carved a place for itself alongside football in the hearts of the masses. And the timing couldn't be more perfect.

Some of them use Christmas to catch up on the drink they never had all year. Some, however annoyingly, call it Silly Season. Others unwind, more embrace each other, the rest play games and tell stories and switch off from reality.

The best of Christmas is a chance to live life on pause, forgetting the constant battle with time. Instead, free of obligation and the necessities and demands, we can rediscover what it is we'd do if we never needed to do anything.

"What day is it?" It's not always a drunk man asking that. It's a happy man.

In Ally Pally, you see a microcosm of the Christmas spirit. Not the Santa one or the Grinch story or - sorry he's third on the list - Jesus. But the Christmas spirit that brings out the best in people. The one where they have time for each other - they make the time. The one where they allow themselves to throw their inhibitions away and they just live with full hearts, full jars, and full smiles, if only for a few weeks.

In this place, this special place, they come together. They're overexcited, giddy, zestful. They're living life deliberately and doing what they want to do, not what they need to do. For a while, the world has stopped and all that matters is that they're having fun and they're doing it together - whatever way they want to, wherever they want to do it.

popular
QUIZ: Identify the football club from these 12 crests
Only old-school fans will get 20/20 in this 1990s footballers quiz | Part 2
The SportsJOE 12 o'clock quiz | Day 186
How The Mountain lost 36kg ahead of boxing fight with The Beast
Sam Bennett's green jersey masterclass got Lance Armstrong talking
"How are we going to get on par with the men if something so simple can't be solved?"
Irish cyclist Sam Bennett delivers classic putdown to British cycling magazine
You may also like
9 months ago
Every Irish player competing at the PDC World Championship – times and dates
2 months ago
Animal Scullion is one tough cookie
3 months ago
From a childhood crack den to an Olympic dream with the world's greatest
4 months ago
American nightmare forgotten as talented Power eyes Olympic dream
4 months ago
David Shanahan: Chasing the American dream
4 months ago
Barr craving that competitive edge once more
Next Page