2017 review - Football flopped, Dublin dazzled and McGregor took us for a ride

How will 2017 be remembered in Irish sport?

Will it be remembered as the year when Dublin won their third consecutive All-Ireland title and cemented their status as one of the greatest Gaelic Football teams of all time?

The year when Galway brought the Liam MacCarthy Cup back to the West for the first time since 1988? The year the Irish football team..... beat Wales 1-0?

Maybe it's the year the Irish Rugby team were brought back down to earth after a stellar finish to 2016?

Maybe it's viewed as the year the Irish Cricket team were awarded Test status? Maybe it's remembered as the year Aidan O'Brien broke the Group One record for most wins in a single year?

Or maybe it's the year we spent month after month waiting for that circus to end? That ghastly, unbearable sideshow where we were all sucked into a farce masquerading as a fight.

Where we had to listen to the constant verbal jousting and the bare faced lies. Where we had to endure, tolerate and pray that the final showdown lived up to the months and years of anticipation.

Yes, the year where we all watched Martin O'Neill and Tony O'Donoghue go head-to-head live on national television.

"We can come back again" - A defiant Martin O'Neill speaks to @corktod after a "really tough" night for his Irish team #irlden #rtesoccer pic.twitter.com/0OaGVwle6t 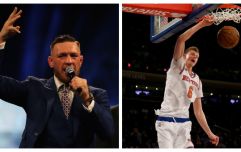 END_OF_DOCUMENT_TOKEN_TO_BE_REPLACED

A fight with no clear winner, just a million losers staring blankly at a television screen wondering, as with every fault with the national broadcaster, where their license money was spent?

But wonder eventually turned to despair when the public later realised that that some part of that money had been spent on RTE's Greatest Sporting Moments, but by that stage, the Irish public no longer cared.

They had survived worse. They had lived through the Railway Cup and the last 12 years of the Leinster Senior Football Championship. They sat with thumb on chin and index finger on nose as they sat and watched the Fenway Classic, the Rio Olympics ticketing scandal and the Jonathan Gabay League of Ireland marketing presentation.

If there was ever a nation, other than America, that was ready to stomach a charade of monumental proportions, it was Ireland, tying its international sporting reputation to the lad with the 'F**k you pinstripes' that 'didn't give a bollocks'.

In a way, it was beautiful. The apprentice plumber that had somehow talked his way into the biggest fight of all time by being, as Frankie Boyle eloquently put it, a 'mad c**t'.

This alternate sporting universe that he had created for himself where he could make a nine-figure sum by combining supreme athletic capability with an unmatched ability to talk absolute scutter, and to do it with an unabashed grin stemming from the simple satisfaction of knowing that he was the chief orchestrator of the entire scam. 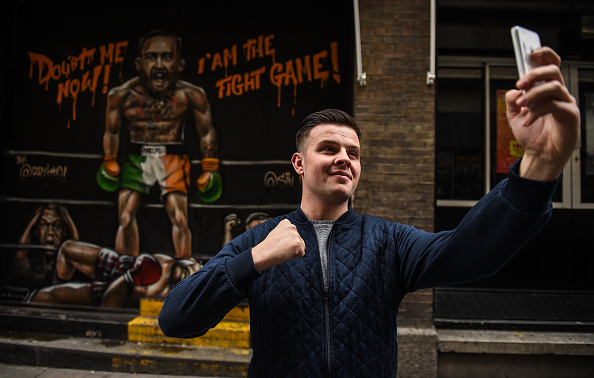 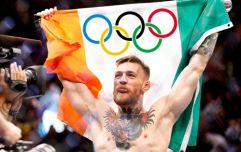 END_OF_DOCUMENT_TOKEN_TO_BE_REPLACED

Theoretically, it was beautiful, however, in reality, the whole spectacle turned out to be more beast than beauty as time rolled on, particularly in the months after the fight, but if you don't think 2017 belonged to Conor McGregor, take the following test:

How many examples can you finish that question with? Is there any athlete or team that even comes close to rivaling the Notorious' year in terms of sporting or Whatsapp pedigree?

The boys from Ballyragget came close with regards to the latter, but Mayweather-McGregor was ultimately a bigger sporting event than the Kilkenny Intermediate Hurling Championship, even if the celebrations may beg to differ.

He may not have always been remembered for the right reasons this year, but almost everything he did resonated, for better or for worse.

The year may belong to McGregor in the same vein that 2002 belonged to Roy Keane, or in the way 1996 belonged to Michelle Smith, where all you have to do is mention 'Irish sport' and the 'year' in the same sentence, and there is an instant association between the two, but that's not to say others did not have their shine.

Con O'Callaghan burst through the ceiling of Gaelic Football with one of the finest individual seasons in history. Joe Canning silenced a decade of criticism by winning every available honour in one intercounty hurling season. 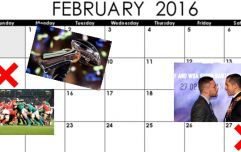 END_OF_DOCUMENT_TOKEN_TO_BE_REPLACED

But underneath it all, sport, as seemingly only sport can do with such a degree of instant magnification, revealed character and told stories.

Peter O'Mahony won his place back in both the Ireland and Lions teams. Jack McCaffrey was not able to resist the temptation to use Dublin's nationally televised celebration as an opportunity to make a handful of people at his dinner table laugh.

Character comes in many different forms, and sport simply provides an avenue to expose it.

The story largely stays the same. Goals are scored. Belts are traded. Conversions are kicked. Tackles are made. Races are ran. Cyclists are caught.

But the characters differ. New faces emerge, familiar figures rise and fall and stories are told. 2017 had some of the best tales, even if some were taller than others.


popular
Referee Mathieu Raynal puts Sexton in his place after TMO mess
Owen Farrell rages at referee Pascal Gauzere as Wales catch England sleeping
Sexton compares "brilliant" Irish debutant Craig Casey to Jonny Wilkinson
The SportsJOE 12 o'clock quiz | Day 308
"I was like, ‘My ear is hanging off my head. Can you not see that?!'"
QUIZ: How well do you know Manchester United players of the 2010s?
Three Irish forwards stand tall in player ratings after Italy thrashing
You may also like
2 weeks ago
Dana White has settled on a contentious next fight for Conor McGregor
1 month ago
"This man ain't ready for Nurmagomedov. He ain't ready!'"
1 month ago
Conor McGregor wants immediate Dustin Poirier rematch, for UFC title
1 month ago
Daniel Cormier defends immediate reaction to shock Conor McGregor loss
1 month ago
Dustin Poirier's reaction to win over Conor McGregor has fans labelling him 'perfect role model'
1 month ago
McGregor admits shout from Dustin Poirier's corner got inside his head
Next Page