The scale of state-sponsored doping in Russia is simply ridiculous, according to a new report

More than 1,000 athletes were being doped by Russian officials over a four-year period from 2011, a new report claims.

The McLaren report, the final part of which was released today, says there was a massive cover-up at the heart of the Russian sport programme which "corrupted the London games on an unprecedented scale".

Five medallists from the London 2012 games and four from the winter games in Sochi in 2014 are implicated in the report, but the author, Professor Richard McLaren, who was appointed by the World Anti-Doping Agency, said the corruption was widespread - and could even have included the use of the Russian secret services. 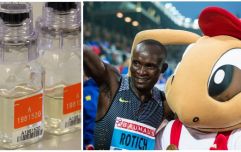 END_OF_DOCUMENT_TOKEN_TO_BE_REPLACED

"There was a cover up that evolved into an institutional and disciplined medal-wining strategy," he said.

He wrote how the programme of doping was implemented at the London games and then refined for the 2013 World Athletics Championships in Moscow and the Sochi Winter Olympics in order to give Russian athletes the best chance of winning medals - and then protecting them when they did.

"The Russian Olympic team corrupted the London games on an unprecedented scale - the extent of which will probably never be fully established," he said.

"The desire to win medals superseded their collective moral and ethical compass and Olympic values of fair play."

Russia won 21 golds at the London games, and 72 medals in total. 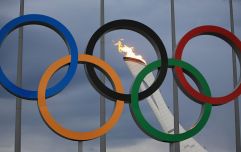 END_OF_DOCUMENT_TOKEN_TO_BE_REPLACED

At Sochi they took 33 medals, including 13 golds.

Russian officials have denied the claims while the International Olympic Committee has called for more evidence.

IOC president Thomas Bach said the report's findings would be looked into by two commissions before any further action is taken.

"As soon as we have the report it will be handed over to the two commissions, who have already undertaken preparatory work," he Bach.

"But if you ask me for my private opinion then personally if you have an athlete being part of such a manipulation system, clearly I would not like to see this person compete again."


popular
Galway fans' frosty reception for Davy Fitz doesn't make any sense
The most Stone Age tackle you've ever seen gets South African lock straight red card
Former Antrim captain Anto Finnegan has passed away
'Brian was a genius... he would've killed you to even win a game of touch'
Ryan Manning hacked to the ground by Henri Lansbury in ruthless assault
"Johnno went, 'We’re not moving! You're trying to mess us about!'" - Ben Kay recalls red carpet controversy
Wallabies star bounces off Duane Vermeulen like a brick wall, gets yellow-carded
You may also like
3 years ago
Samir Nasri doping ban has been increased following failed appeal
3 years ago
Charlie Adam claims use of 'snus' drug is rife among footballers
4 years ago
PIC: Neil Seery's reply to a text from drug testers will brighten up an already sunny day
5 years ago
COMMENT: The problem with doping in football is that nobody wants to listen
5 years ago
Leicester, Chelsea, Arsenal hit back strongly at doping claims but British government orders probe
5 years ago
The Irish doctor at the centre of the Premier League doping scandal has made a stunning accusation
Next Page