"You’d be looking at it on the telly sometimes and you’d be like, ‘Ah Jesus,’ but I have a new respect for them now."

For as long as Denise Gaule can remember, camogie has her focus and her passion, albeit that as time moved on, she could always place the ups and downs that come with it in the proper context of an overall, balanced life.

Nonetheless, there was only one sport ever in the Kilkenny and Windgap legend’s vista and after the post-championship break, the emphasis in the New Year would always be on preparation for the Littlewoods Ireland Camogie Leagues.

END_OF_DOCUMENT_TOKEN_TO_BE_REPLACED

This time around however, the four-time All-Star and dual player of the year had another outlet, adding a new string to her bow when helping Mullinahone from just over the other side of the Tipperary border to county and Munster junior ladies’ football titles.

Gaule is renowned for her self-deprecation when in receipt of praise so her appraisal of her skills with the big ball have to be taken with a pinch of salt, particularly as she scored 1-1 in the provincial decider, added a goal in the All-Ireland quarter-final and two points in the semi-final. Falling at the final hurdle to Dublin powerhouses St Jude’s was a disappointing conclusion but it was a memorable journey.

“I'd say the last time I played football was in secondary school which is a long time ago,” says Gaule with that trademark laidback delivery. 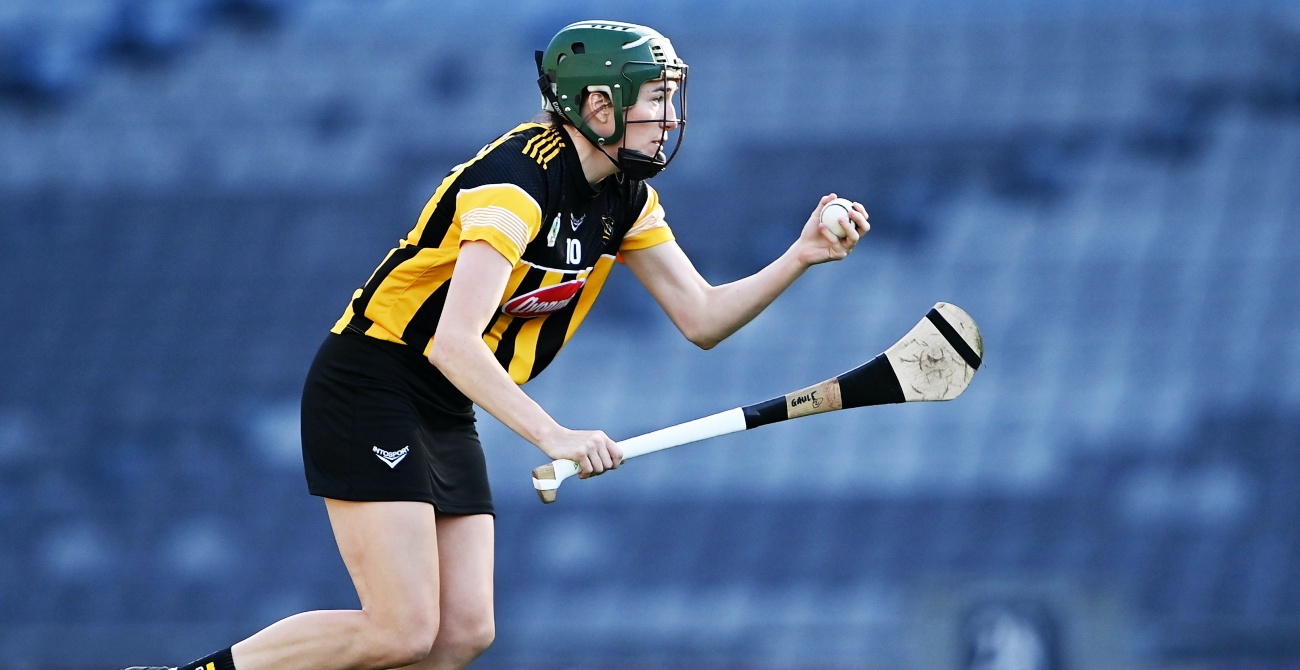 END_OF_DOCUMENT_TOKEN_TO_BE_REPLACED

“When we got knocked out of the camogie (with Kilkenny) and went back club training in Windgap, one of the girls from Mullinahone, Lorraine O’Shea - she would be playing with us in Windgap - she just asked myself and Michaela Kenneally would we be interested in going over and we said it would be a bit of extra training anyway. There’s a few other Windgap people there like Catherine Foley, who used to play with Kilkenny.

“I actually didn't realise how good football was. You’d be looking at it on the telly sometimes and you’d be like, ‘Ah Jesus,’ but I have a new respect for them now. The skill involved in it. It’s a lot different than camogie, I didn’t think it would be so different. I think camogie is a lot more physical. Maybe it changed in the last few years with camogie gone to another level with the new rules. I wouldn’t I was the most skilful anyway!

“It was something different but good aul craic.”

Good aul craic tends to follow Gaule around and it is why she revels in the dressing room bonds as much as the games themselves with her respective teams. While some of her long-time sparring partners with Kilkenny have stepped away, the phenomenal defender Collette Dormer the latest to retire, there are plenty still around she has stood shoulder to shoulder with for more than a decade. Fresh faces add to the mix though and according to Gaule, they are having more fun now than ever before. 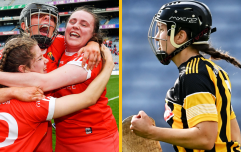 END_OF_DOCUMENT_TOKEN_TO_BE_REPLACED

Indeed, last weekend, Miriam Walsh had her Hen Party on a river cruise, organised well in advance of the end-of-year wedding in recognition of the demands of the camogie season. The weather was horrendous but while a code of silence has prevented details from seeping out, the vibes are that the occasion did not suffer for the combined onslaught of Dudley, Eunice and Franklin and nobody fell overboard.

“I suppose we kind have grown up there between playing minor, in college and county through. When you retire, you’d miss going even into training and just having the chat in the dressing room before going out onto the field.

“It wasn’t really the weather for the Hen. We didn’t see much of the landscape anyways. In the middle of championship you wouldn’t be going. In fairness, the lads would be dead on. Go off and enjoy it. We got it ran out of us anyway!” 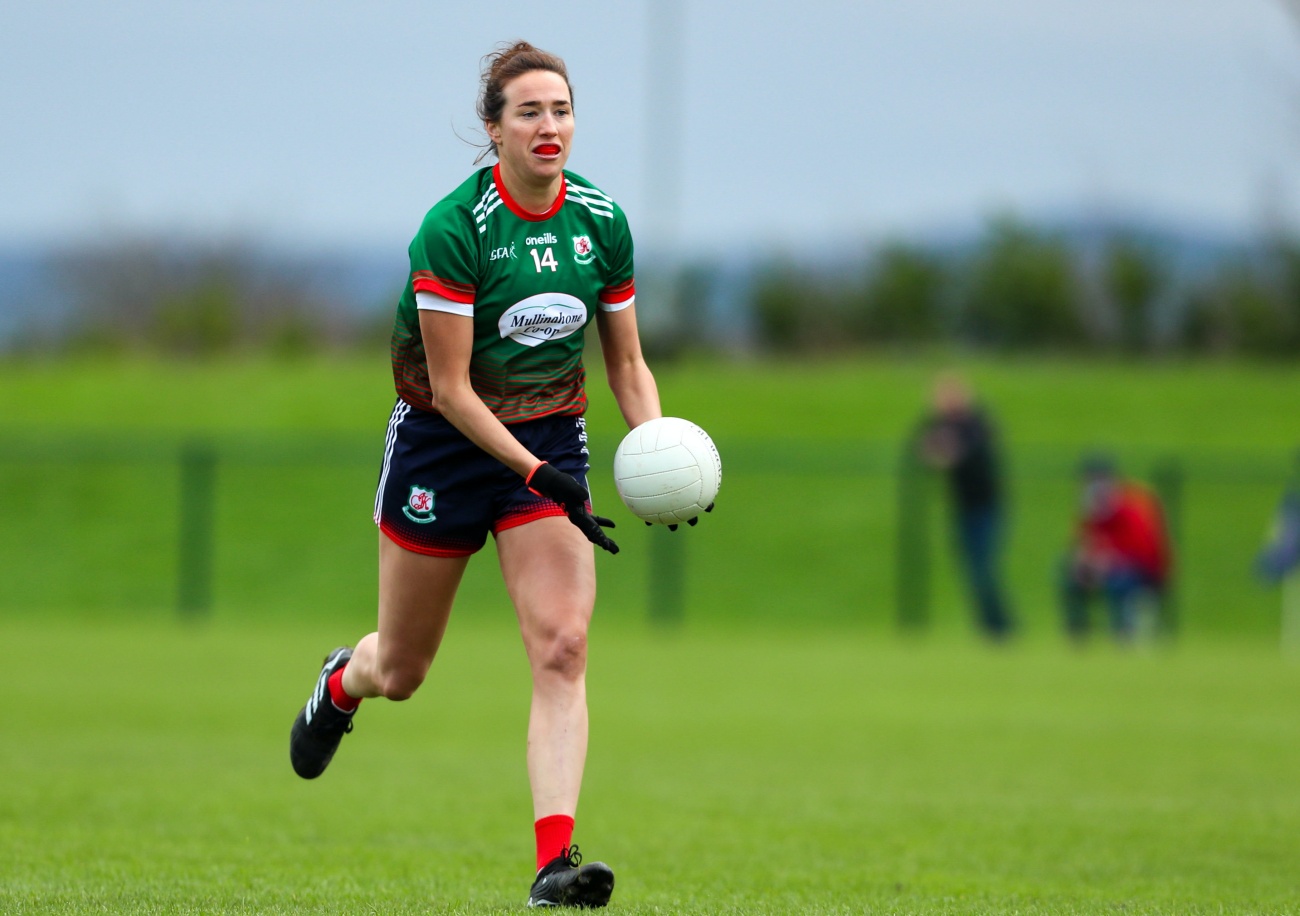 An engineering, environmental and project management consultant with Waterford city firm Malone O’Regan, Gaule turned 31 in January and while feeling good physically, recognises that she is now entering the stage of her career where she will begin to run through an annual check list before returning to the black and amber.

“I said before I didn't want to play when I was after 30 but that was probably when I was 20. So 30, it seems wicked old back then but once you are still going and can contribute to the team in some way, whether on or off the pitch, I’ll try stay going as much as I can. I suppose the next few years now you will be having a think about it.

“In fairness, touch wood, I've been very lucky with injuries from my whole time playing. I've never suffered any major knockbacks, the body is… I wouldn't be up the top of the running or anything but I’ll stay going anyway.”

The knockbacks have tended to come in the gut-wrenching number of narrow defeats suffered by Kilkenny. They have won two All-Irelands in her time but there have been six final losses also. Two of those were by a point to Cork and the Rebels also edged them by a minimum in last year’s semi-final.

Yet they keep coming back and delivering on their Arthurian quest in 2020, when the spectre of falling short in four consecutive deciders loomed, spoke volumes about their character. Still though, another one-pointer last year had people wondering if there would be a mass exodus. It wasn’t the case, the decision of manager Brian Dowling and his backroom staff of Tommy Shefflin, Pat O’Neill, Philly Larkin and Ray Challinor to stay on a clear vote of confidence and message of loyalty.

“That wasn’t really any chats about it in fairness. Obviously winning is the most important thing but we're all enjoying it and you're coming to a point now as well for a few of us where you mightn’t have that many years left. You want to stay going on when you can contribute something to the team. We all wanted the lads to stay on. They all came as a package so we are delighted they are all still involved.

“(Losing) is just one of those things. The way sport is. You can’t really dwell on it, just pick yourself up next year and get going. You’ve been through things in life that you realise it’s only sport and only a game. You want to win but I would be of the opinion when I do leave, I'll take more friends than medals. I wouldn't really dwell on it too much. You'd be disappointed for a week or two after or if you watch back the match it kind of brings it back but you have to get on with these things as well. Life goes on. The wheel keeps turning.”

That wheel has turned to a new season, with Kilkenny getting off to a good start in in Group B of Division 1 at the beginning of the month with an 11-point victory over Limerick. They travel to Cusack Park in Ennis today to take on a Clare team that made life awkward for Cork last Sunday (1pm throw-in).

The League has been good to Kilkenny, who have been in the last five finals, and six of the last seven. What’s more, they’ve won five of those and are defending their crown this year.

“I think every team is the same whether they want to admit it or not. You want to win every match, every competition that you're in. As well, it’s a time that you have to blood new players but luckily enough, we got to a few league finals over the last few years. Hopefully we can do good now this year as well and just build and have something to push forward with.”

With their smiling assassin in the trenches, they will never be far away.


popular
Broadcaster tries to reunite Roy Keane and Alfie Haaland before Manchester derby
Player ratings as Man City hammer Man United 6-3 in Manchester derby
"I seriously can't believe what I'm watching" - Roy Keane savages 'worst ever' Man United
Andy Moran gets guard of honour into the dressing room after 3-3 haul in his last ever game
"No" - Anxious wait for Jacob Stockdale injury update after latest blow
Peter O'Mahony sparks melee after angry reaction to Zebre goading
Padraig O'Hora gets his hair pulled as fly-goalie gets punished in Mayo championship
You may also like
1 month ago
Diminutive Nolan the difference as Kilkenny just about edge Cork in camogie final
1 month ago
"It’s up to whoever else to take that jersey off you, or you to keep it.” - Murphy taking her chance
2 months ago
"They were all at the funeral and were there when Tommy needed them" - Kilkenny all in it together
3 months ago
Malone shows Kilkenny what they were missing as Costelloe lifts Limerick
4 months ago
Devane saves Tipp as Doyle in the goals for Kilkenny again
7 months ago
Tipperary and Kilkenny lay down markers as camogie league gets going
Next Page