Tipperary star Aishling Moloney is thrilled to be back playing football again having negotiated one of the most mentally and physically challenging years of her young career.

The 24-year-old former TG4 All-Ireland Intermediate Footballer of the Year has returned to competitive action for the first time since cruciate knee ligament damage sustained in June 2021. 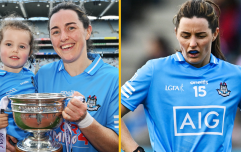 END_OF_DOCUMENT_TOKEN_TO_BE_REPLACED

Moloney, who is a Lidl ambassador for their #SeriousSupport Schools Programme, has battled hard to get back fit, having experienced a time when sport was not even part of the equation.

“I had a long recovery with a few setbacks here and there, it was about 14 months in total. Thankfully there is always light at the end of the tunnel and I am back playing now,” said Moloney.

“I am glad to be on the better side of it. There was one point, after the operation, where I was seeing no improvement and I was beginning to doubt myself, wondering was I ever to come out the other side of it.

“I didn’t really care if I would even get back playing sport again because the injury was impinging on my daily life, like driving a car or sitting down on the couch. Sport stayed in the long grass for a while.

END_OF_DOCUMENT_TOKEN_TO_BE_REPLACED

“I went from being a very physically active person to suddenly not having physical activity as my outlet. I was missing out on walking even. I couldn’t walk more than a kilometre without my leg swelling up.

“Since I got back I appreciate so much more being able to walk, jog, put on the headphones, more so than being able to play with a team. We all rely on physical activity in our lives. It’s our medicine for getting through the weeks with the ups and downs.” 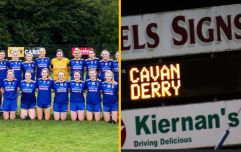 END_OF_DOCUMENT_TOKEN_TO_BE_REPLACED

Moloney is a PE and Biology teacher at Comeragh College, Carrick-On-Suir. And on the back of her own injury, and with her role as a Lidl #SeriousSupport schools ambassador, it is an appropriate time to contemplate the importance of exercise for children and teenagers.

“The dropout rates across ladies footballers tends to be between the ages of 15 and 18, so it is quite high and it’s great to be inspiring students and showing them the positives of physical activity and the role it plays in their lives both physically and mentally,” said Moloney.

And as she looks ahead to 2023, and prepares to play with Tipperary again, Moloney is excited about finally linking up with manager Peter Creedon, and her teammates ahead of the 2023 Lidl National Football League.

Aishling Moloney of @TippLadiesFB and @DCUGAAAcademy is actually a joke🏐

“It’s a big challenge. I have to work hard to try and get my place back. I am looking forward to the challenge that is in front of me.”

You may also like
3 months ago
"I'm not sure why we would apologise for being ambitious for the women" - Derval O'Rourke
3 months ago
"He'll have the best seat in the house" - emotional Mageean pays tribute to late great Kiernan after the race of her life
3 months ago
"Or is she? Or is she" - Greg Allen's frantic commentary perfectly captures Louise Shanahan's outstanding run
3 months ago
Rhasidat Adeleke lights up tv screens all over Ireland with brilliant run in 400m final
3 months ago
Dahunsi scores from 35 yards as Antrim out-class Fermanagh in the replay
3 months ago
Serena Williams: US tennis legend announces retirement
Next Page