Niamh McGettigan spends her week looking at the science behind medical products. She helps patients who are malnourished because of disease, and those with swallowing difficulties.

The Wicklow Ladies footballer places a particular emphasis on cancer, hoping to change the mindset surrounding diet and the diagnosis which affects almost 45,000 people in Ireland every year. 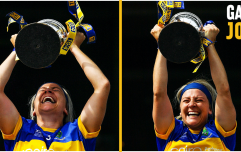 END_OF_DOCUMENT_TOKEN_TO_BE_REPLACED

“That would be one of my key areas of interest, nutrition in cancer,” said McGettigan.

“Before I started working in medical nutrition, I did a research project with a lot of advanced cancer patients, seeing the role for nutrition. Just raising awareness of the importance of nutrition in cancer.

“There is kind of a misunderstanding in the general public, often patients that have cancer lose weight and it’s really important for them not to be losing weight during that time. It’s the opposite to what everybody has heard all of their life when they get a cancer diagnosis.

“For cancer patients, it’s really, really important for them to maintain their weight because that kind of unintentional weight loss can result in loss of muscle mass which can impact then on their treatment outcomes. 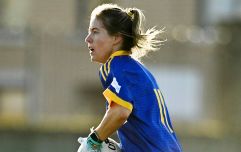 END_OF_DOCUMENT_TOKEN_TO_BE_REPLACED

“It’s really important to keep your weight stable and to keep your strength as much as you can. For some cancer patients, it will be about minimising the weight loss as much as possible. But sometimes it’s kind of seen as a good thing when somebody loses weight. 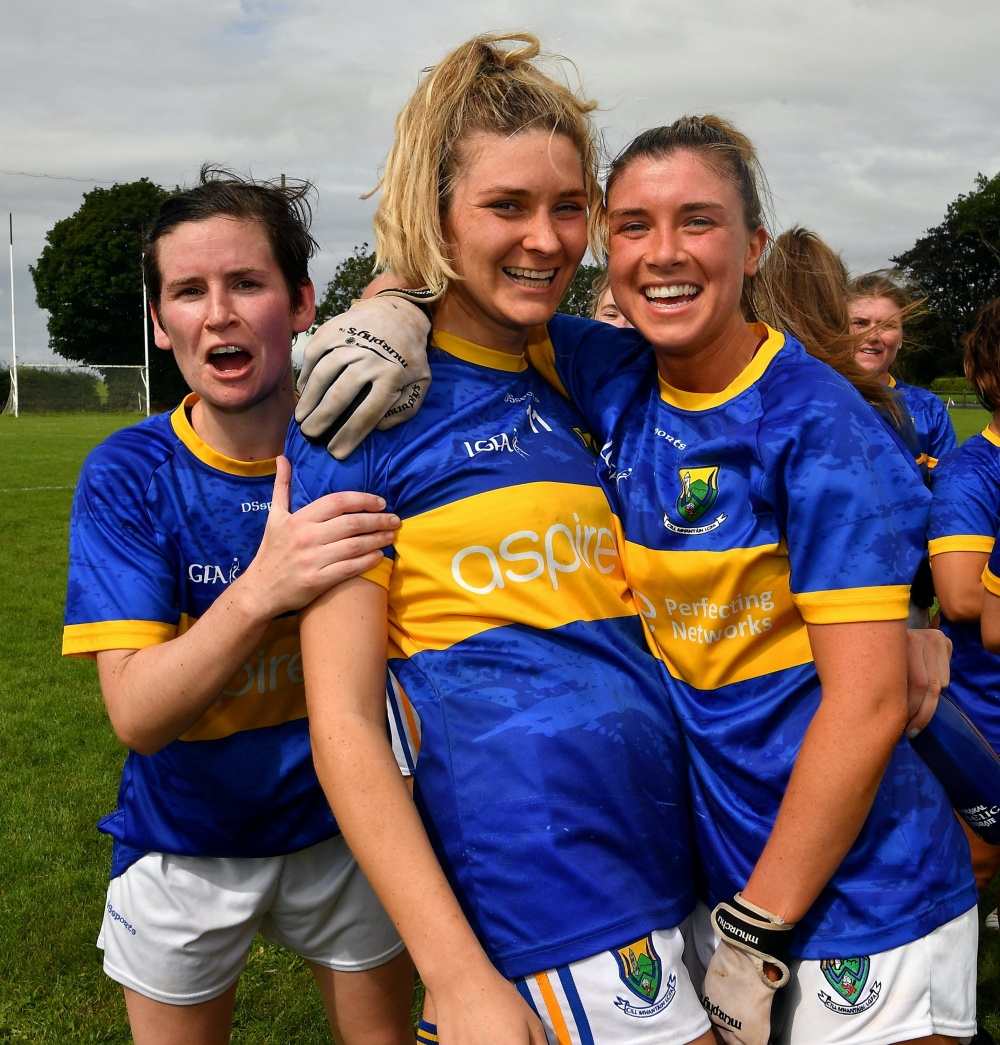 “Really, in cancer patients, it’s more ideal to keep your weight stable and to slow down any weight loss.” 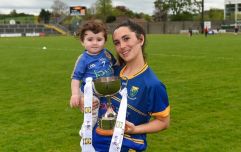 END_OF_DOCUMENT_TOKEN_TO_BE_REPLACED

The 27-year-old was born in Donegal but moved to Wicklow soon after that and has gone on to represent her county for over ten years at adult level.

She is inquisitive by nature and having suffered a couple of concussions over the years, and the side effects that follow, she is determined to find out more about those studies too.

“It’s just an area that we probably don’t understand very well as healthcare professionals, it’s one of those areas we just don’t have enough knowledge on,” said McGettigan.

“There is very little published research and we don’t understand fully the implications of concussion. Even in terms of the management, you get such different advice depending on where you go and who you see.

“Standardising that is really important. It’s just one of those injuries, not like hamstring where it gets better after a certain amount of time, one person could be fine after three weeks and then there’s me five months later.”

The St Pat’s footballer sustained her first concussion in 2019 when she went to block a ball and got kicked in the face on the follow-through.

She returned after her enforced three-week lay-off but straightaway she suffered her second concussion and that really knocked her confidence.

“The day I was actually allowed back to play, we were playing Longford away and I fell. I think part of the sideline was Astro and I had fallen and hit the back of my head off the harder surface. I had been warned after one concussion it’s common to get a second, I just didn’t expect it on my 21st day,” said McGettigan.

“That concussion was pretty bad, I ended up in Mullingar Hospital. It was a weird one. I can remember everything but I wasn’t really able to speak at the time. There was lots happening in my head but I couldn’t really communicate any of it.

“I was five months out with that concussion. Any time I would go for a light jog, once I picked up the intensity I would have incredibly bad headaches. The emotional side was crazy as well, people would ask me: ‘how is your dog?’ and I would be holding back tears trying to answer the question. Not being upset by anything but it was the impact of the concussion. 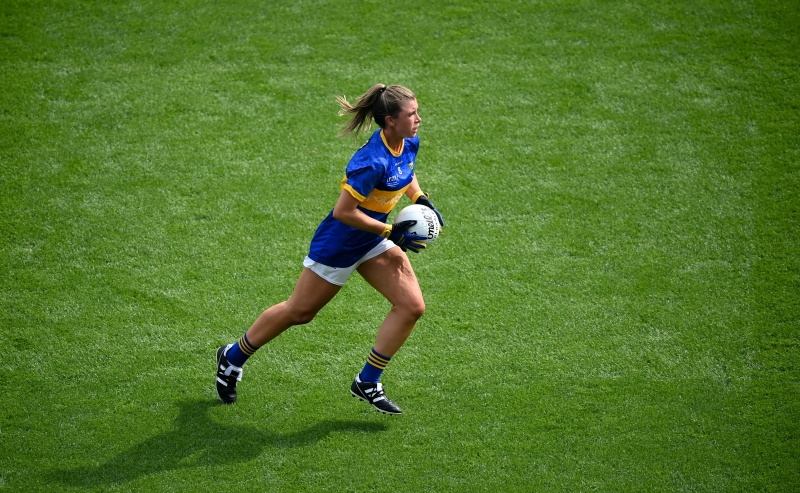 “Sometimes the speech was an issue. My dad was my teacher in school and I met a teacher that I would have known really well at the time out for a walk one day with my boyfriend. “He was asking me what was I doing now. I was standing there and I couldn’t even reply. I was starting to go red, thinking ‘oh my God, why am I not talking?’

“It was just so slow, I couldn’t get the response out.”

McGettigan says she is much more aware of concussion now, especially when she hears of others getting a bang to the head.

But she returned to the football field and won her second TG4 All-Ireland Junior Championship with Wicklow at Croke Park last September.

Winning alongside her sisters Ríoghna and Sinead added an extra layer of joy to an already brilliant occasion.

“Our family from Donegal travelled as well as my parents and brother,” said McGettigan.

“My grandad is a big Gaelic games man and my Nana usually doesn’t watch games, she swears she’s bad luck, but she wasn’t bad luck in Croker that day.

“Then my cousins and my uncle were there as well and Ross, my boyfriend, and friends as well. We were well supported by our local club, too.

“We live on this road nearly all my life, my sisters would have grown up in this house. Every house in the cul-de-sac had bunting, every house had flags, the kids had drawn on the road in blue and yellow chalk.

“It was lovely after our own celebrations to come home to that. The neighbours had organised a little bit of Prosecco out the front. It was so special, such a special time and something we will never ever forget.

“When the celebrations were done and dusted with Wicklow, my brother made us this incredible photo frame, he had taken loads of pictures from various parts of the day and of the preparation.

“That’s up in the kitchen and it’s a good reminder of the day and all of the events surrounding it and after it too. Such a special time.”

Wicklow won their first game back in the intermediate ranks last Sunday when they defeated Leitrim, 3-10 to 3-9, in a thrilling opener. Tomorrow (Sunday), they face last year’s beaten finalists Wexford – it doesn’t get any easier.

But hopes are high that this team can build on their success and they don’t have far to look for inspiration, after Meath put All-Ireland successes back-to-back just last year.

“I think Meath are an inspiration to every player in the country. For a team to do the double, to win intermediate and then go on and win senior is absolutely incredible,” said McGettigan.

“One thing I can only admire with Meath is the culture that they must have there. People are not satisfied with just winning intermediate, they want to drive on and you just have to admire that about them.

“They really did kick on and push on to get that success. So definitely a team that all of us are looking up to and would aspire to get to that level.”


popular
Ireland team to play Wales: Andy Farrell's XV, the big calls and bold cuts
Even Roy Keane felt Michael Dawson went too far with his remark to Tom Heaton
Roy Keane reminds everyone of his feelings towards Newcastle United ahead of cup final against Man United
Everton release brutal 59-word statement to confirm Anthony Gordon departure
Ireland's self destructive mentality kills Croke Park fight for Katie Taylor
True beauty of Fitzgibbon and Sigerson Cups lies in the hearts of weaker counties
"Every team did it!" - Paul O'Connell on Roy Keane comment to Ronan O'Gara that he couldn't deny
You may also like
3 months ago
GAA JOE Team of the weekend
1 year ago
Blessington ready to rock ahead of a derby that never looked like happening
1 year ago
"There are clubs in every county that you just know - they like fighting." - Fighting passes on through the generations
2 years ago
QUIZ: Which is the correct GAA crest?
4 years ago
Eight county games taking place and the last club weekend of the year
4 years ago
Despite losing on Sunday, Wicklow champions lifted the pub with GAA's Allez Allez Allez
Next Page