In a sports-mad household, Ryan still giving it her all for Waterford

Michelle Ryan hadn’t played like that since her primary school days, but she was on top form last weekend, bagging 3-3 in the Lidl National Football League Division 2 semi-final victory over Cavan.

Waterford through-and-through, Ryan is desperate to see a former superpower back to the top-table of Ladies football, and having secured senior championship status in recent years, Division 1 football is next in line.

Victory over Kerry in the Parnell Park decider on May 5 would secure that, and the 33-year-old Ballymacarbry star relishes the prospect of top-tier League football.

Off the field the game has made some unbelievable strides in recent years, and Ryan has watched on in awe at the 50,141 spectators turning up in Croke Park to watch TG4 All-Ireland finals.

Ladies football has turned into an awesome product during Ryan’s Waterford career – and she’s one of the candidates on the PR/Media Strand of the LGFA’s recently-launched ‘LearntoLead’ Female Leadership programme.

“I first became aware of it before Christmas,” said Ryan, who’s in her 19th inter-county season with Waterford.

“Ladies Football sent out an application form for it. I had heard of the Jim Madden Programme in the GPA and WGPA, and I thought that it was an interesting thing to get involved in.

“I am always eager to give back to the Association just because it has meant so much to me and played such a huge role in my life.

“I applied for it at the time not being entirely sure what it was all about, but I had an idea about leadership programmes in general. Then they contacted me and let me know that I had a place on the programme. 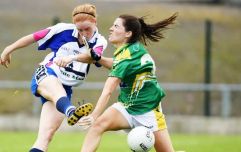 END_OF_DOCUMENT_TOKEN_TO_BE_REPLACED

“There were four strands that were available. I said I would challenge myself and get to know a little bit about the PR and media side of things in Ladies Football.

“One of the things I have been most impressed with in the last few years is its ability to market and promote itself, and to reenergise and innovate itself within all the sports media that is out there.

“There is a lot of coverage of Ladies Football in the last number of years, as shown by the Facebook Live and the League matches and the viewership there. Ladies football really is a real proactive innovate association.

“I was eager and excited to get involved in some capacity in that.”

Ryan is a daughter of former Ballymacarbry and Waterford Ladies manager Micheal Ryan. He was also involved with the Laois and Dublin Ladies while he has an extensive CV in hurling and football too. 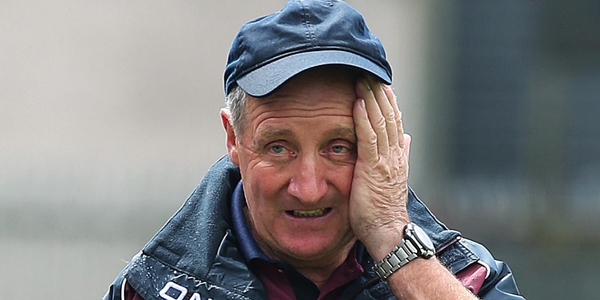 Ryan and sisters Louise and Sinéad were all involved in Waterford’s TG4 All-Ireland intermediate triumph in 2015, but Michelle is the only one still standing in the inter-county setup.

It’s a sports-mad household, and all of the talk over the next week will surround Kerry and how Waterford can down their Munster rivals. It will be an intriguing Division 2 final.

“If we are going on last year we were quite disappointed that we didn’t progress into a league final,” said Ryan.

“It would have been one of our aims and last year we fell at the semi-final against Cavan. “We were eager not to let the same thing happen.

“When you are playing as long I am playing, my football career started off being involved in a Division 1 final in 2002 against Mayo in Ennis. I was probably No 29 or 30 on the panel at the time.

“But I have seen Waterford ladies football go from Division 1 and competing in senior All-Irelands to being relegated to intermediate down to Division 2 and 3.

“Thanks be to God that tide started to turn winning the intermediate All-Ireland, coming up from Division 3 to Division 2. It is hugely important that we keep progressing because the players do exist within the club setup in Waterford, and the county setup.

“That is the exciting thing about being part of this team. I get to train and test myself against some of the best players that are out there who are playing top of their game. They are playing top level college football.

“It is a huge thing for the progression of Ladies football and development of it within our home county.”


popular
The SportsJOE 12 o'clock quiz | Day 105
The SportsJOE 12 o'clock quiz | Day 104
James Haskell on text exchange with Peter O'Mahony after Ireland's victory over Scotland
Egan cleans out Spurs by reading the breaks and executing the blocks
David Beckham recalls how a trip to Ireland got him in trouble with Alex Ferguson
"Shane was just gifted. He could play centre back, centre forward, he had everything"
Can you name every English football club that begins with 'W'?
You may also like
7 months ago
Waterford duo star as Munster retain inter provincial crown
1 year ago
Munster final the big one on massive weekend of ladies football action
1 year ago
"He's an absolute GAA obsessive and you'd have to admire him for it" - Ryan and father basking in perfect day
3 months ago
Zhang Weili and Joanna Jedrzejczyk serve up "greatest" women's MMA fight
3 months ago
Cork the League specialists as Tipp aim to upset the apple cart
4 months ago
“I actually feel like I’m dreaming. I thought it was gone"
Next Page