The current whipped up, their rafts collided with logs on the river bank and they began to take on water, six of the group went under.

Ellee McEvoy spotted two who were being taken away by Bow River in Canada and stuck out her hand to save them before everyone climbed up on one of the logs. The ice-cold temperatures of the glacier water only increased the sense of dread but they had found safety. 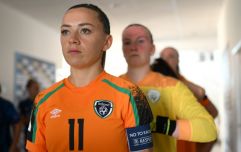 END_OF_DOCUMENT_TOKEN_TO_BE_REPLACED

For the Offaly star it was a brush with death that she will never forget. They eventually took out a phone from one of their waterproof bags, dialled 911 and waited to be air-lifted away.

“I had gone out to visit my best friend, Aoife Corbett, for three weeks in Banff near Calgary,” said McEvoy.

“I got thrown out of the raft first and my friend got a really big shock because she is not the strongest swimmer and all she saw was me being taken under. I was out visiting her and she was thinking about having to ring my parents saying Ellee was not coming home.

“There was a few minutes where six of us were in the water and two that were stuck in between the rafts. We were looking at each other and everyone was trying to calm down but you could still see the panic. 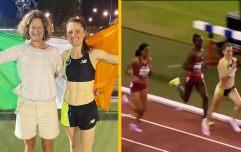 END_OF_DOCUMENT_TOKEN_TO_BE_REPLACED

“All of us were very lucky, the fact that none of us got seriously injured bar maybe a bit of bruising from the logs, that was it.”

McEvoy returned from Canada with a whole new appreciation for life and she got back to what she knows best, football.

Every weekend since, and she hopes until the end of September at least, has been dedicated to her beloved Naomh Ciarán in the county championship. 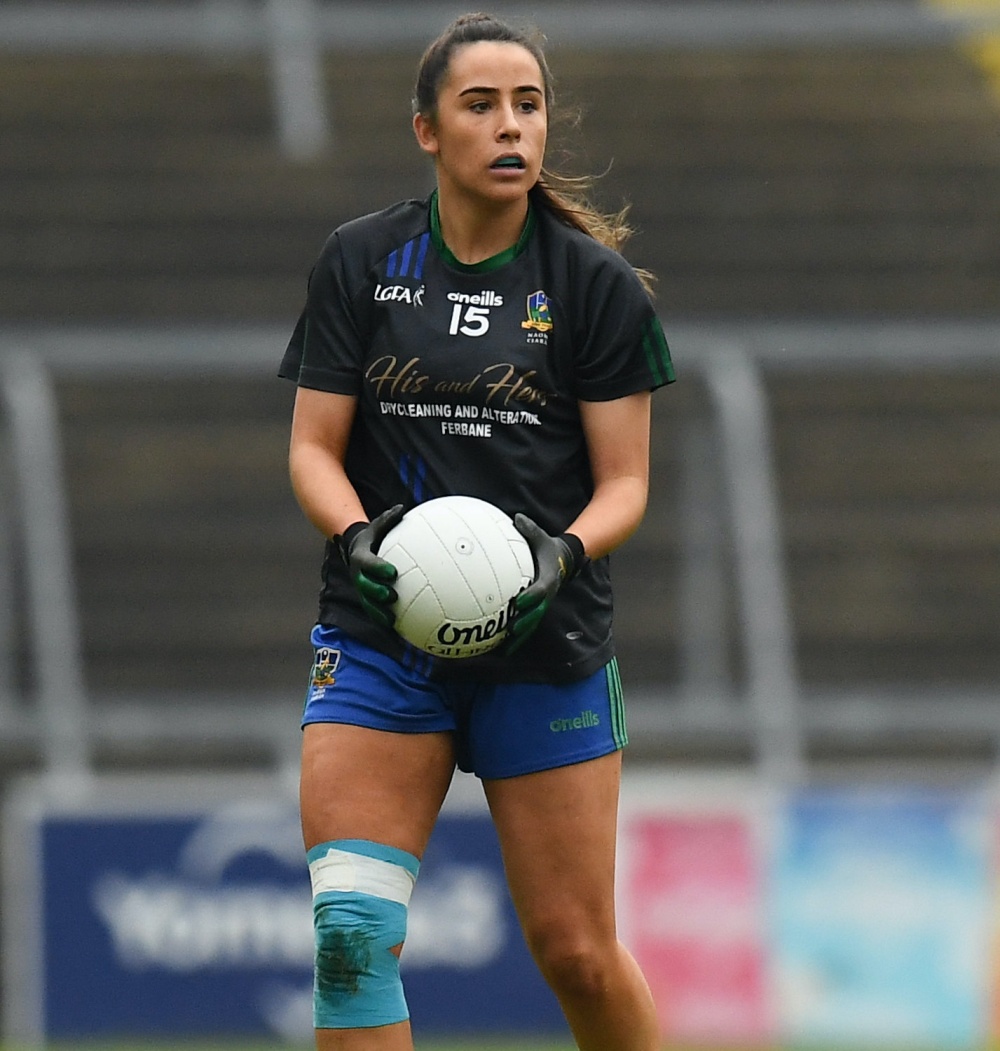 END_OF_DOCUMENT_TOKEN_TO_BE_REPLACED

The 24-year-old is the key attacker for Offaly but even more so for her club, as they look to forget their nightmare final defeat to Tullamore last year.

Beating them in the group stages last weekend was the sweetest success but they want to back up that 3-13 to 2-9 victory when it comes to the decider.

“We were going for seven in a row when we lost last year and to be honest, it was the worst feeling in the world. We took it very hard. We are not used to losing,” said McEvoy.

“We found it difficult to get a management team last year. The team that was over us when we won the All-Ireland stepped away. They felt they had their time done and had achieved what they set out to do. People were intimidated to come in and take us over.”

Colin Kenny had taken the team all the way to All-Ireland glory and when the former Ireland U-18 star vacated the hotseat, it left a huge void.

Luke Dempsey has since taken charge and Naomh Ciarán are recapturing their form of old, evidenced by last Sunday evening’s success.

At county level, Offaly’s primary focus at the moment is securing funds so they can become the proud owners of Bretland Park at last.

On 24 September the Faithful County are taking part in a major fundraising initiative in order to land the Clara venue.

From U-14 to adult level there are 12 Ladies football clubs in Offaly, while the county side is represented at U-14, U-16, minor and intermediate levels.

They have joined forces to take on the challenge of walking from Croke Park to Bretland Park. Earlier this week, there were over 100 participants registered with almost €15,000 raised for the cause.

With a route comprising of about 100km, Offaly want everyone to get behind it and you can find out more information or sponsor a competitor at fundmajor.clubfaithful.ie/home.

“We are walking from Croke Park to Bretland Park along the canal,” said McEvoy.

“We are doing it in groups, the max people will be walking is 5km and the minimum is 3km and the Ladies senior team are going to walk together.

“A lot of clubs are doing it, taking part from different loughs as well to support the team as they are going along. We are hoping to get a buy-in from the men’s team, and their county board. They ran a similar fundraiser and it was highly successful.

Offaly showed plenty of promise this year with a Lidl National Football League Division 4 title and they will look to build on that heading into 2023.

They also have a strong underage setup with a good U-14 team looking to grow through the ranks as well.

However, McEvoy knows how important it would be to have one ground that they can call home. Especially when you compare it to her early days in the Offaly jersey.

“I live in Kildare and a lot of the girls live in Dublin. It’s hard to plan your day or meals when you don’t know where training is going to be that evening,” said McEvoy.

“This year, up to two or three hours before training we didn’t have a pitch because it’s the depths of winter and there was a limited number of pitches with lights. Some clubs were trying to save their pitches from being over-played on.

“If we know it’s in Clara, I know what time I have to leave my house, I know if I need to bring my food with me. We can plan our day better and be prepared to train at a higher standard.

“I remember in my first year with the seniors in 2015, we didn’t really get much support from the county board. There were no pitches available to us so we had to make do with what we could get.

“Bretland Park doesn’t have any lights at the moment, which is something we are hoping the fundraising will be able to provide for us too, but there is one light from the stand.

“I remember training and we had that one light. We were trying to do a drill underneath the stand. We could barely see each other and balls were going everywhere but that is all we had. We had to just put up with it.”

While Offaly look to grow on a county level, McEvoy is improving her own game all the time.

Although she is a secondary school teacher in Piper’s Hill College in Naas, she is doing a Masters in Sports and Exercise Nutrition – with an upcoming thesis too.

And despite being one of the best Ladies footballers in the game, she is still looking for ways to improve and she feels her studies have certainly helped in that regard.

“I’m very focused on nutrition but it’s probably because I am so passionate about it as well that I enjoy the whole thing.

“Before I took my nutrition seriously I would be wondering why I feel weak during a game but it was because I wasn’t actually doing enough for it. I definitely would have a far greater understanding of what I need to do now. Now I would be conscious of having enough to keep me going during it.

“And I try to offload a small bit of knowledge without saying too much to the girls because some people don’t want to hear it.”


popular
Peter O'Mahony riled by "petulant s**t" as Munster toasted by Dragons
Grim injury news for Seabelo Senatla after Bundee Aki's red card clear-out
Why Canada are the only country that won't have a new jersey for the World Cup
Kevin Cassidy believes former teammate should be the next Donegal manager
"When I give a slap, you feel it" - Israel coach slaps player during playoff win over Ireland
The largely ignored reason Ireland rely on James McClean and Jeff Hendrick so much
James McClean's battle with John McGinn worth the attendance fee alone
You may also like
1 month ago
"Of course I'm disappointed, I'm heartbroken, but I'd still wish them the best"
1 month ago
Alex Scott and Ian Wright call out those 'not brave enough' to back women's football
1 month ago
Chloe Kelly runs off with BBC microphone in brilliant, hectic post-match interview
1 month ago
England Women win Euro 2022 for first time ever with victory over Germany
1 month ago
Meath's duracell bunny of a half-back in a league of her own as Royals do the double
1 month ago
"One day, we will hopefully play at the Aviva" - Ruesha Littlejohn
Next Page