This is the 15th meeting of Cork and Kilkenny in a Glen Dimplex All-Ireland senior final but the first since 2018, when Aoife Murray received the O’Duffy Cup on behalf of the Rebels.

It will come as no surprise to followers that the old rivals are deadlocked on seven triumphs apiece in the seasonal climax, so whoever has their head in front on the line this time around, will have just a few more bragging rights as well as the most important silverware.

Though Cork won their first two meetings, in 1970 and 1972 as the Rebels registered a four-in-a-row, it was all about the black and amber for a lengthy spell with six consecutive final defeats of the Leesiders, the sixth arriving as Kilkenny completed an overall seven-in-a-row in 1991. That team was captained by Angela Downey, who along with another former All-Ireland-winning skipper, Breda Holmes is a part of the current team’s backroom group, having being brought in by Angela’s twin, Ann – herself an All-Ireland-winning captain and manager.

END_OF_DOCUMENT_TOKEN_TO_BE_REPLACED

Linda Mellerick’s last-gasp goal to snatch victory in 1995 heralded the Reds’ comeback against the Stripeywomen in deciders and they have inflicted more late torment with the injury-time winning points of Julia White and Orla Cotter in 2017 and 2018. Cork have won five of the last six final pairings now, 2016 being the odd one out when Michelle Quilty became the first Kilkenny skipper to get her hands on the O’Duffy memorial since her manager, the aforementioned Ann Downey.

This is the first time in more than a decade that Paudie Murray isn’t boss of Cork, one of his former lieutenants Matthew Twomey taking over and illustrious hurling manager Davy Fitzgerald taking over the coaching duties.

The blood and bandage reached the League final but fell short to Galway, who had also proven a tad too good in last year’s All-Ireland final. They cruised through the group stages until being stunned by Tipperary in the final tie, but that didn’t impact on their direct progression to the semi-final, where they survived a huge challenge from Waterford before prevailing by a flattering five points. 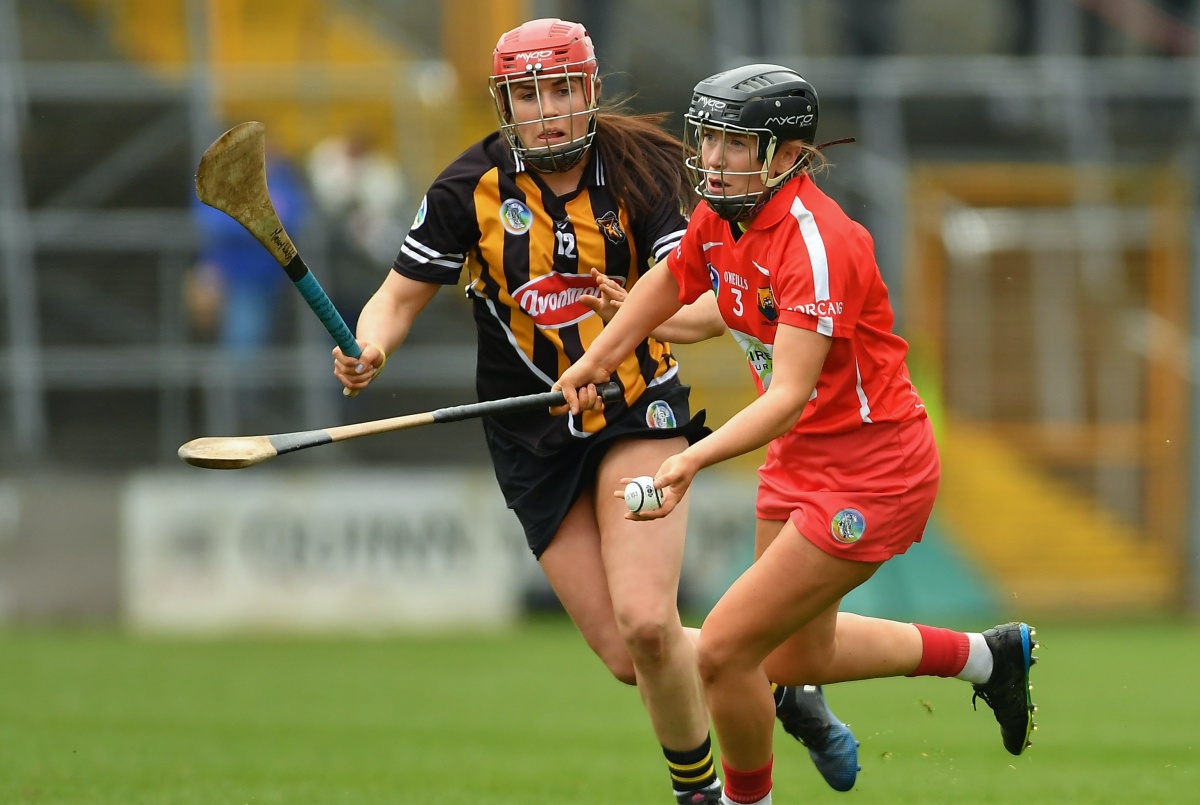 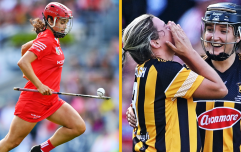 END_OF_DOCUMENT_TOKEN_TO_BE_REPLACED

They will need to be a lot better than was the case for at least 40 minutes of that game if they are to beat Waterford, particularly in attack. Ashling Thompson had a major impact upon her introduction, while Libby Coppinger and Saoirse McCarthy also stood out and Amy O’Connor did the business from placed balls. Emma Murphy also made some big plays when brought on in the second half.

Kilkenny remain unbeaten all season in competitive games, only failing to reach the League final on score difference after Cork’s Chloe Sigerson pegged them back with a very late pointed free from distance to nab a draw in the group. They then claimed provincial honours and manager Brian Dowling has spoken about how seriously they took that competition this year. 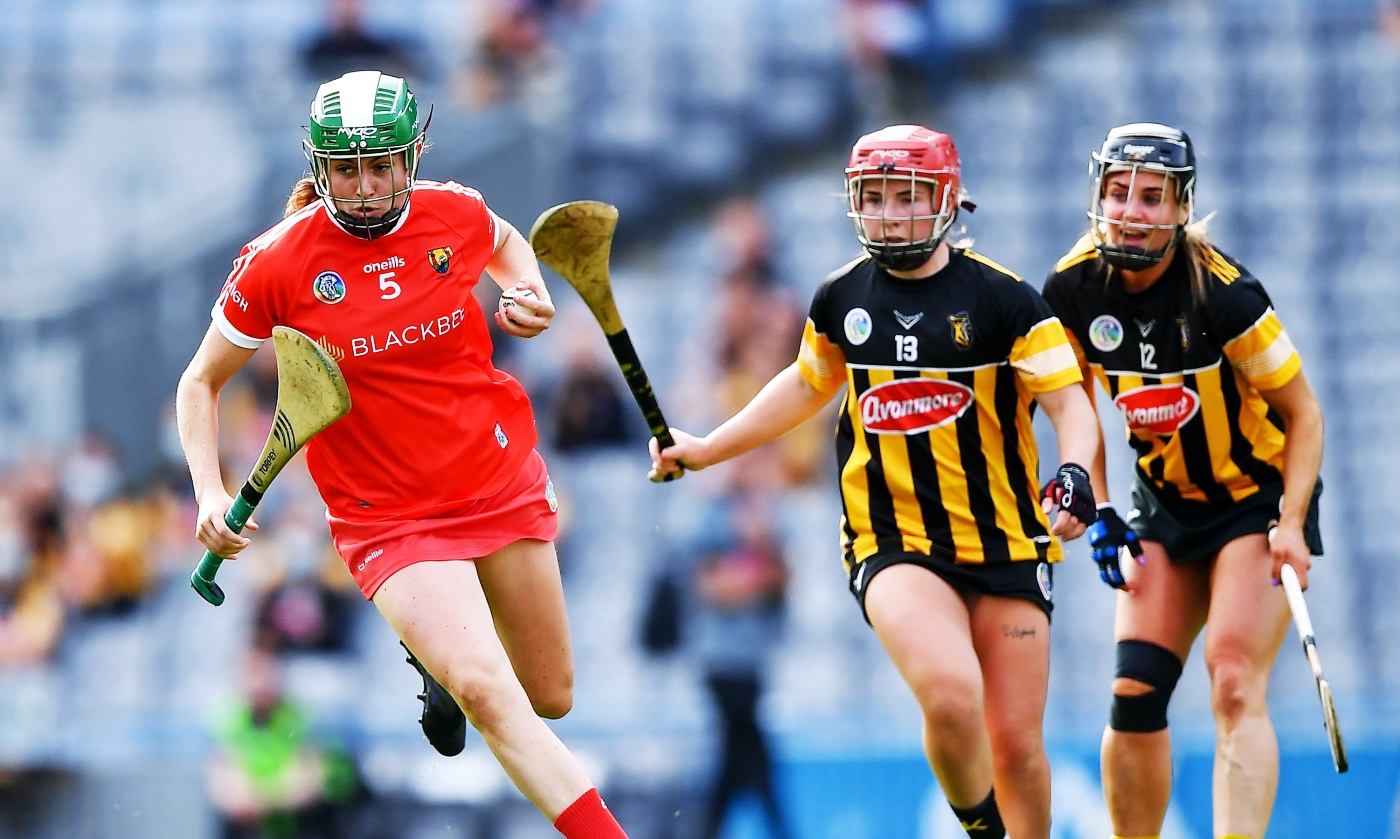 They scored heavily through the group stages, before again, just losing out on score difference, this time for the direct semi-final route, thanks to Áine Keane’s stupendous equaliser for Galway in a game for the ages at Kenny Park. The rematch was set-up by a comfortable win over Dublin in the quarter-final and colossal workrate, allied with four big saves from Aoife Norris and Laura Murphy’s brilliant goal gave the Noresiders a four-point win.

END_OF_DOCUMENT_TOKEN_TO_BE_REPLACED

Miriam Walsh has been operating at her very best levels as the attacking focal point, while Julianne Malone’s return after a three-year absence has added class and a regular scoring return to the forward division. Katie Nolan is perpetual motion, with or without the ball, while Claire Phelan’s reading of the play and the marking of Michelle Teehan and Grace Walsh have been vital to their side’s progression.

Both teams are missing influential figures from last year’s semi-final, when Cork edged the verdict. Orla Cronin, Pamela Mackey and Laura Collins are significant losses for Cork but Kilkenny have been harder hit, Davina Tobin, Collette Dormer, Meighan Farrell, Kellyann Doyle and Aoife Doyle all out of the loop through retirement, travelling and injury.

But Kilkenny have the likes of Tiffany Fitzgerald, Steffi Fitzgerald and Michaela Kenneally that have capitalised on the increased opportunities, while for Cork, Méabh Murphy, Clíona Healy are Katie O’Mahony among those to have established themselves as regular first-team starters while former Down star, Sorcha McCartan has been a wonderful addition.

Cork are in pursuit of a 29th title from what is a landmark 50th appearance in the Glen Dimplex All-Ireland senior camogie final. If Kilkenny were to prevail it would be a 15th success from 25. So even in terms of strike rate, there is nothing between the teams. Don’t expect a lot to separate them at the final whistle either.


popular
Ireland team to play Wales: Andy Farrell's XV, the big calls and bold cuts
Even Roy Keane felt Michael Dawson went too far with his remark to Tom Heaton
Roy Keane reminds everyone of his feelings towards Newcastle United ahead of cup final against Man United
Everton release brutal 59-word statement to confirm Anthony Gordon departure
Ireland's self destructive mentality kills Croke Park fight for Katie Taylor
True beauty of Fitzgibbon and Sigerson Cups lies in the hearts of weaker counties
"Every team did it!" - Paul O'Connell on Roy Keane comment to Ronan O'Gara that he couldn't deny
You may also like
2 weeks ago
Eight more legends get the Laochra Gael treatment as new season launched
5 months ago
"She’s a ray of sunshine and she's just a little buzzer going around the place" - Nolan lights it all up for Kilkenny
5 months ago
Diminutive Nolan the difference as Kilkenny just about edge Cork in camogie final
5 months ago
"It’s up to whoever else to take that jersey off you, or you to keep it.” - Murphy taking her chance
6 months ago
"They were all at the funeral and were there when Tommy needed them" - Kilkenny all in it together
7 months ago
Malone shows Kilkenny what they were missing as Costelloe lifts Limerick
Next Page