Despite the setbacks, the All-Ireland final defeats and in particular, the significant injuries, there has never been cause for Kellyann Doyle to regret the path she took when meeting the fork in the road.

The tears she was captured shedding at the final whistle of last year’s All-Ireland semi-final defeat of Cork, after making a near-miraculous comeback from her second cruciate ligament operation to play the last few minutes, offered a window to a soul that lives for camogie, albeit that it also reflected gratitude for coming out the right side of a bruising process.

END_OF_DOCUMENT_TOKEN_TO_BE_REPLACED

It can be stressful when twin passions diverge but with Doyle enjoying so much success, so quickly in camogie, it made sense to throw her lot in with the ancient game.

There have been times though when she has wondered how far she might have gone. Watching contemporaries compete in the Olympic Games in Tokyo certainly prompted a spell of musing. In truth, she wishes she stuck with athletics longer, but it isn’t a source of discontent.

Without any organised training, Doyle won the All-Ireland Community Games 200m at U10, a feat that caught the attention of Emby Walsh, a coach of the nearest athletics club in Carrick-on-Suir, where she went to school. Over time, she became an elite 400m hurdler, competing all over Europe and garnering a national title at senior level in the Scoil Mhuire Greenhill singlet.

“There was a lot of Irish people over there this year from my time,” says Doyle. “The likes of Sophie Becker and Louise Shanahan and them. They were in my group growing up. Different events but they were always there and thereabouts. You would always be rooting for Thomas Barr and Phil Healy as well. 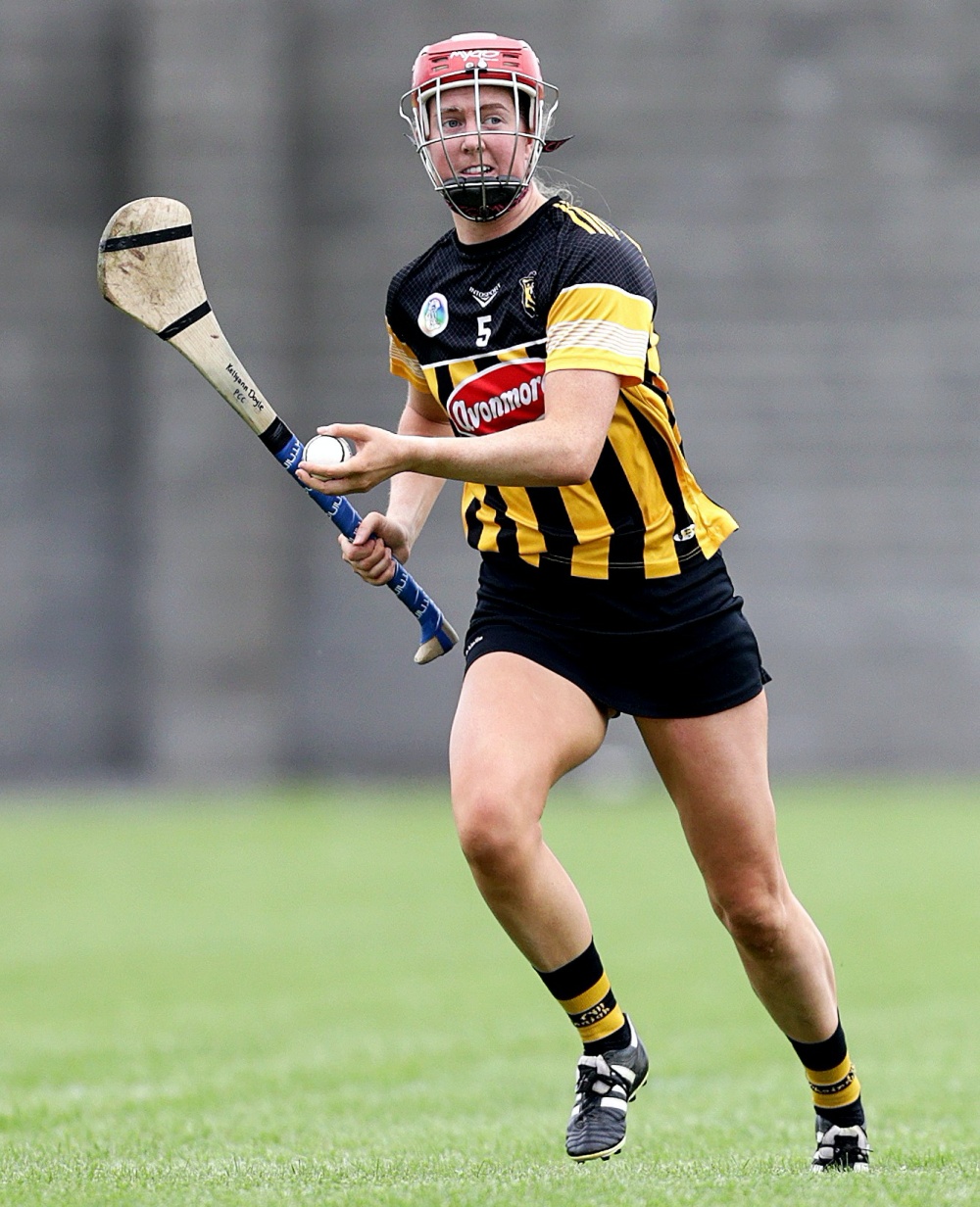 “I wish I did stick with it. But the camogie, I love that too and there is great reward in that as well, being part of a team. I don’t regret my decision.

“We won the minor All-Ireland (with Kilkenny) and we won the club All-Ireland, and then in 2016 we won the county (senior) All-Ireland. So there was a few years there when we were winning everything. Then 2017 came and the cruciate went. It kind of put a spanner in the works.” 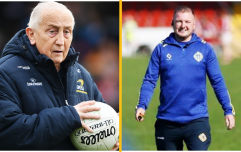 END_OF_DOCUMENT_TOKEN_TO_BE_REPLACED

It was brutal, as Doyle had been illustrating the advantage of a rampaging wing-back long before Kyle Hayes cut loose on Tipperary this summer. She was just 17 when earning the player-of-the-match award after Piltown’s All-Ireland intermediate final triumph, having also been selected for the honour after the county final. Not alone did she nullify Waterford captain Nicola Morrissey, but she had the Lismore defence scrambling time after time as she stuck the sliotar on the hurley and sprinted.

“Oh my God, that seems like ages ago,” she says now of the time when an innocent took to Croke Park and made it her own. Cruciates have a tendency to knock the innocence out of you though.

“When something like that happens everyone hits rock bottom there for a while. You just have to take the time out to grieve and then get back into it… The first time I did it, Edwina Keane was after doing hers as well and Niamh Deely. So there was three of us in and around, always checking in on each other. We were all coming back at the same time. Kind of pushing each other on. Getting through it.

“I was so inexperienced I didn’t really understand. They say 12 months, and you are like, ‘12 months will fly’ but it doesn’t. You take it week by week. It’s cruel, like.”

Second time around, in the League against Cork in March 2020, she at least knew the road ahead but it was still difficult to process initially. She was sure it was the end of her season. 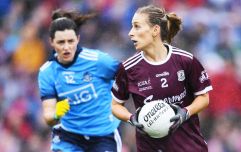 END_OF_DOCUMENT_TOKEN_TO_BE_REPLACED

“Oh yeah, 100 percent. I was full-on sure it was over. I was only blessed then to get the operation so soon because all the hospitals were closing (due to Covid). They just slotted me in on a Saturday at Santry. I jumped at the opportunity, as soon as possible the better. Then everyone went into lockdown a few days after the operation.”

She attacked rehab with fervour, team physio Nicola Aylward and selector Ray Challoner, being the most important people in her life between surgery and getting back to training seven months later.

The Covid-postponed championships gave her a chance but not too many would have been back and firing to the extent that Brian Dowling and his brains trust were willing to throw her in for her first bit of competitive action within weeks of her return, in the final throes of a nip-and-tuck semi-final against Cork, the team she had come a cropper against originally.

“I probably wasn’t wary at all, to be honest. We had an in-house match the week before. I was put marking Anne Dalton and she would give you the runaround on the best of days. I had a bit of confidence coming off after. I think I did play well and was feeling back to myself. I had the confidence that my knee was okay.

“At the Cork match, I met Nicola on the way down the steps. She just gave me a little smirk and I was like, ‘Yeah, good, I am going to go on and be fine.’ I only got ten or 15 minutes. I think after the match the camera was feckin’ on me in balls of tears. All of the emotion just of being back. It was surreal.

“When everyone was celebrating after the match, I couldn’t even control it. I was just in floods of tears. It was just all of the relief of being back. I couldn’t believe I was finally back.”

She continued to impress though you could have knocked her with a feather when Dowling told her she would be marching behind the band in the final against Galway.

“I couldn’t believe it. I was a bit shocked to be honest. He said, ‘You’ve been going well in training, you put your hand up to say you want to be back. We are going to give you the chance… If you last half an hour, 20 minutes, whatever we can get out of you we will get out of you. On the day it was 60 minutes and they took me off. I was delighted.”

More so, because Kilkenny were victorious, and her younger sister, Aoife, herself a nascent star who won a League medal at centre-forward as a Leaving Cert student before falling out of favour and then grasping the opportunity offered by Dowling, named player of the match. Safe to say the Doyles are big-time performers.

Then there was clubmate Katie Power, this time the one crying, at the joy of Kilkenny getting over the line but heartache of missing out with a broken kneecap, having endured so much final disappointment in the black and amber.

“I saw Katie straight after the whistle. Your heart breaks for her because you know what she is going through and you know that it is such a long road back. When you are not playing you don’t really feel like you are contributing. It’s bittersweet when you are injured.

“The stuff she does behind the scenes, the work is immense. She is just dying to get any bit of game time she can at the minute. You are only going to improve with matches, so that is what she is kind of doing at the minute. She just drives herself on. It’s great to have her back in the panel.”

The Doyle siblings have formed a stronger bond, leaving home together to go to training, or “me chauffeuring her around”, as Kellyann describes it.

“She only came out of herself last year. The boys did a lot of work with her, Brian and Tommy (Shefflin). They helped her along the way to get her confidence back. And that really showed last year when she got on the ball, she did great. She is flying. Even this year she is just going from strength to strength.

“It’s nice having her on the team. It’s great when matches are coming up you would be buzzing. All the aunts will be coming around wishing us luck. Granny and Grandad are wicked involved so they are always coming to matches with mam and dad.

“When we were younger, we used to row the whole time. I suppose now since we have been going training together and spending more time together, we have been bonding a lot more and we are a lot closer than we used to be. So it’s lovely.”

Doyle has started working as a mechanical engineer in Integer in New Ross, which has been fun this week, with Wexford standing in the champions’ way of progress to the All-Ireland semi-final.

Her freshly-minted degree is in biomedical engineering though.

“I would prefer the body side of things. I would love to get into prosthetics and all that kind of jazz. Maybe down the line, I need to get a bit of experience first.”

From all that we know of Kellyann Doyle, it will happen sooner, rather than later.


popular
The FootballJOE Pub Quiz: Week 11
O'Hora and Keegan hammer into each other, both of them only revelling in it
McBrearty has dramatic equaliser ruled out as Naomh Conaill win Donegal grudge game
Man United's tactical issues summed up in six shocking screenshots
Jesse Lingard seeks to clear up what United fan shouted when he was warming up
Liverpool's half-time words in Old Trafford dressing room will please fans greatly
Man United experiencing their Bishop Brennan getting kicked up the arse moment
You may also like
1 month ago
Leona Maguire creates Solheim Cup history after blitzing Team USA
1 month ago
"To us, I think that was a huge insult. How we got there was definitely not through luck"
1 month ago
"A star is born!" - Americans gush as Leona Maguire beats their best
1 month ago
Emotional Mick Bohan shows grace and class in post-match interview
1 month ago
"It's such an honour to play with her" - English star blown away by Leona Maguire
1 month ago
The scenes in Croke Park will have young girls saying 'why not me?'
Next Page