"He’ll have a book written one of these days and if he doesn’t I’ll be shocked.”

Limerick Ladies footballer Niamh McCarthy says she is determined to thrive on the pressures of captaincy this year, as she seeks to lead the Treaty side back to Intermediate football.

McCarthy has certainly surrounded herself with winners as her long-time partner is Hurler of the Year, Gearóid Hegarty, while in her day job as a science and biology teacher at The Abbey in Tipperary, the school principal is the game-changer himself, John Kiely.

On the staff alongside her is Tipperary football All Star and Munster champion Conor Sweeney, while her good friend and All-Ireland winner with Mourneabbey, Ann Marie Ruby, also teaches at the school.

Watching Hegarty achieve his dreams of playing for the county and winning All-Ireland hurling medals has inspired McCarthy to make a comeback to the fold, and after her own TG4 All-Ireland Semi-final loss in 2020, she is determined to be the driving force behind the rise of the ladies game in Limerick.

“To be honest, Gearóid has had a huge influence on me. I don’t think I’d have been back with Limerick without that support and influence he has had on me,” said 25-year-old McCarthy.

“Getting there has not been linear for him whatsoever; he has worked incredibly hard for the last six or seven years to achieve what he has. I have been with him every step of the way, seeing how he has coped with the lows and the highs.

“He has this journal where he writes these nuggets of information that he picks up. We both pull out that book before a big game and read through it and try to find something that might relate to the game coming up." 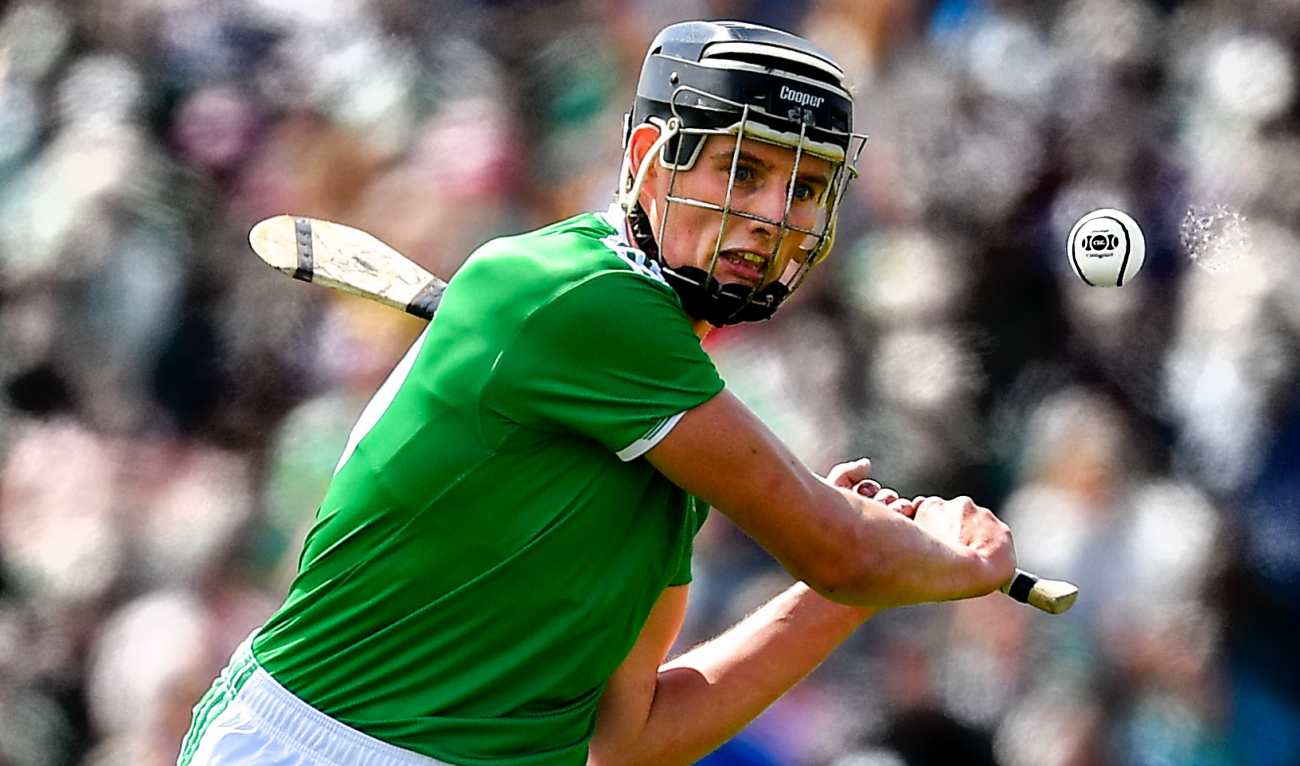 “We help each other deal with any self-doubt going into a game, or the doubts you have in the middle of a game when you are not being influential. The Limerick lads have access to (sport psychologist) Caroline Currid, but I’m lucky I have Gearóid. He’ll have a book written one of these days and if he doesn’t I’ll be shocked.” 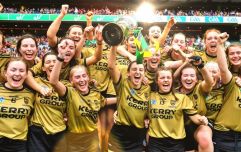 END_OF_DOCUMENT_TOKEN_TO_BE_REPLACED

McCarthy made her return to the Limerick panel in 2020 following five years away from the county scene. A car accident as a 19-year-old resulted in her picking up an injury, which kept her out of the club and county game for a while, before studies, travel and work took priority.

Early in 2020, new Limerick manager Donal Ryan appealed for interested players to give it a shot at county trials, where McCarthy and her sister, Meadbh, both made the grade. A few weeks later, the duo lined out a full-back and centre-back for the team, while Niamh was also asked to skipper the side. 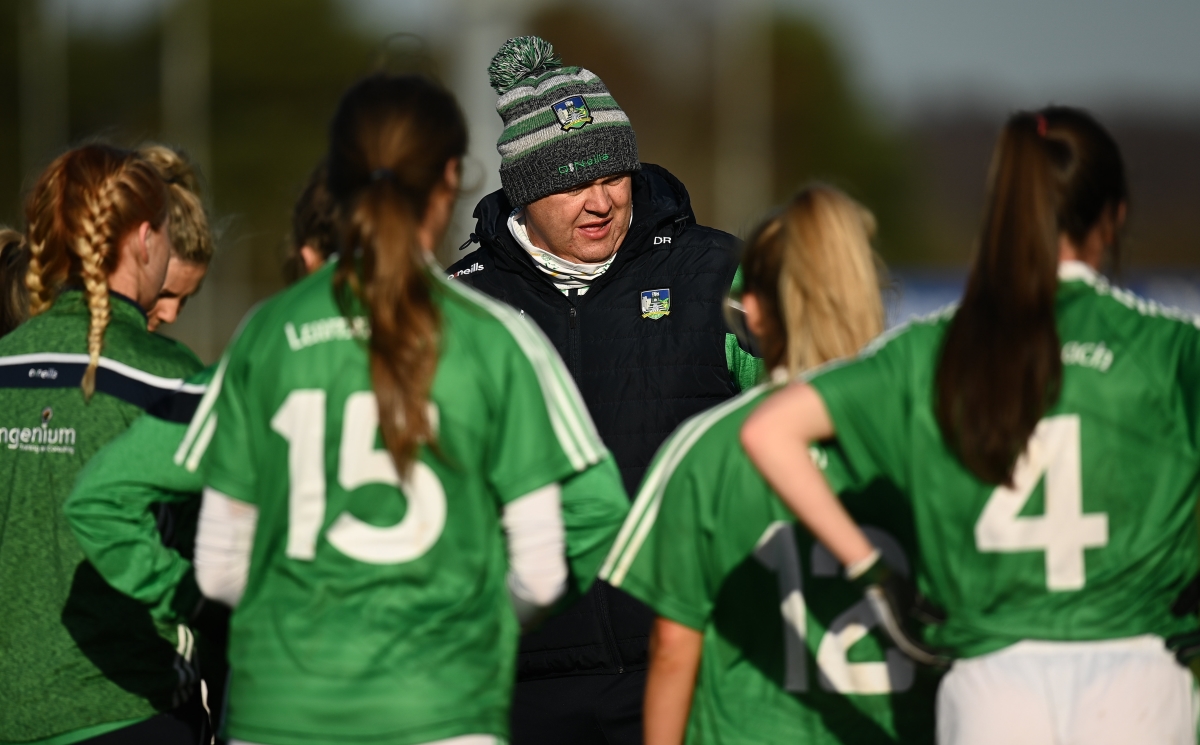 Leading the team in her first year back brought its own pressures, and she thinks that experience will stand to her in 20201.

“I hadn’t played with Limerick for five or six years I didn’t really embrace the fear that came with playing.

“That break away was sitting on my shoulders last year, but knowing I have that year of experience under my belt will help me embrace it. I can look forward to it this year and really look forward to my football.

“After being away, it came to a stage when I was looking for a new challenge. The travelling was brilliant with my friends and I don’t regret a minute of it. But then I saw Limerick was looking for players for trials.

“After chatting to Gearóid, both me and my sister said we’d go for it. I didn’t want to regret not giving it another try with Limerick. Regrets in 15 or 20 years’ time would be terrible.”

While Limerick’s 2020 Lidl NFL Division 4 season had a few ups and downs, McCarthy hit the TG4 Junior Championship with a real bounce after winning the Limerick Intermediate Club title alongside her four sisters with Dromcollogher/Broadford, whose management team included her mother, Siobhan, and father, Maurice.

Victories over Derry and Antrim qualified Ryan’s side for the TG4 All-Ireland Junior Semi-final, where they came unstuck against Fermanagh. Despite the defeat, the Limerick captain feels the game is turning a corner in the county again.

“Our performances were up and down, but we are a very new team and we are trying to establish ourselves.

“We overcame Derry and then we defeated Antrim, which were a couple of very good performances to get us into the semi-final, but we probably over analysed the Fermanagh game. They had three goals inside the first few minutes. It was a kick in the teeth and in reality there was no coming back.

“But we are a young team and we have that experience under our belts. The 2021 season is a great chance for us to progress further. There will be ups and downs, but we’ll be better for what we learned last year.”

In the off-season the players have continued to work on their individual fitness plans in order to be ready when they get permission to go back to the field, while huge efforts have been made to engage with Limerick’s football supporters. Their new Ladies football website was launched this week at www.limericklgfa.ie


popular
We knew Sean O'Brien wouldn't let us down with his Lions XV
Bill Shankly’s grandson asks for statue to be removed from Anfield
'War-scene' in Tyrone dressing room before 2005 final sums up an iconic team
Keith Earls backed for Lions XV by one of the best in the game
'Make him hurt, make him yours' - How the Springboks ruled the world
The SportsJOE 12 o'clock quiz | Day 335
Ranking the top 10 signs as football fans stick it to the European Super League
You may also like
2 days ago
Clare draw the short straw in Munster once again as Limerick face tough Cork test
2 months ago
De Búrca keeping positive as Fenton and Hegarty are the top dogs
2 months ago
"The more you win, the more motivated you become"
3 months ago
If Twitter was around for 1994 Hurler of the Year farce, it would have been pure carnage
3 months ago
Limerick dominate All Star nominations with fair Hurler of the Year spread
3 months ago
"Is it curry or is it stew?" - Seamus Flanagan and a Limerick training session in November
Next Page