Brought to you by Sport Ireland #WomeninSportIRE

Not feeling good enough is the "most powerful barrier" that prevents inactive girls from taking part in sport, a new report has shown.

The Adolescent Girls Get Active Research Report, recently released by Sport Ireland, was undertaken to discover how to encourage teenage girls, particularly those currently disengaged with sport and exercise, to take part in regular physical activity. 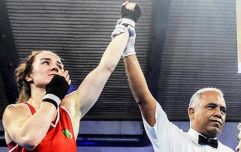 END_OF_DOCUMENT_TOKEN_TO_BE_REPLACED

The research showed that capability and the feeling of not being “good enough” is the most powerful barrier that prevents inactive girls from taking part in sport.

The report identified a number of challenges and barriers teenage girls experience when accessing sport and physical activity.

Research found that teenage girls in Ireland have a narrow and often negative experience of a small number of traditional team sports in Ireland, and think this is all that sport is and can be.

It was also shown that girls associate ‘sportiness’ with team and contact sports, so girls who are interested in exercise do not feel targeted with sporting initiatives. 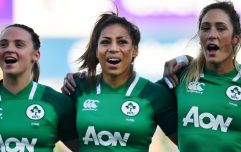 END_OF_DOCUMENT_TOKEN_TO_BE_REPLACED

The project focused on teenage girls in Ireland with the aim of identifying their attitudes, needs and desires in relation to sport and physical activity.

The qualitative research, conducted online between August and October 2020, involved a deep exploration into the lives, behaviours and attitudes to sport, of teenage girls aged 13-18 in both rural and urban areas.

Despite the physical contrasts in rural and urban living, the research found that the wants and needs of teenage girls are often similar.

The findings showed that there are a lack of social spaces for teens where they feel welcomed, wanted and included, and that there are limited opportunities to try new things, learn new skills and ultimately feel good about themselves. 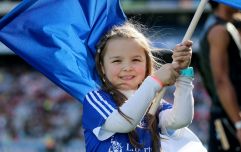 COMPETITION: Your child could be flag bearer at the 2018 All-Ireland Camogie Final

END_OF_DOCUMENT_TOKEN_TO_BE_REPLACED

The researchers established five key anchors that really matter to teenage girls.  Friends and friendships were shown to be their biggest priorities as well as independence and opportunity, social connection, moments of pride and managing the many pressures teenage girls are under.

Building on these findings, the research established 8 Principles for Success to engage and connect with teenage girls and to support them to embrace sport and physical activity into their lives.

The 8 Principles for Success include:

The report states that sports organisations can use these 8 Principles for Success to check and challenge existing programmes, with the view of improving their appeal and relevance for the teenage girl audience. They can also be used to innovate and develop completely new initiatives through a teenage girl lens.

For more information on how you can make a difference, read the new Sport Ireland “Adolescent Girls Get Active” report here.

Brought to you by Sport Ireland #WomeninSportIRE


popular
Roy Keane reacts to Brazil's jubilant celebrations in first half demolition job
World Cup 2022 Day 16: All the major action and talking points
Didi Hamann thought Brazil substitution was "disrespectful" to South Korea
Portugal boss could strip Cristiano Ronaldo of captaincy
Roy Keane handled Gary Neville’s goal celebration as most Irish fans would
Rory McIlroy explains 'falling out' with Shane Lowry that lasted a few years
World Cup 2022 Day 17: All the major action and talking points
You may also like
1 month ago
Taking on the Dublin City Marathon? Here are 4 top training tips to help you prepare for the run
1 month ago
Looking for healthcare on-the-go? This handy online prescription service could be the perfect solution
5 months ago
Join our ultimate sports quiz in Dublin for a chance to WIN a trip to a Premier League game
8 months ago
Join Munster legend Billy Holland for this free mortgage masterclass
10 months ago
[CLOSED] COMPETITION: WIN a two-night stay at the luxury Trident Hotel in Kinsale Harbour
11 months ago
Here's where you can find some incredible deals on exercise machines in 2022
Next Page