There was a time when Galway seemed immune to or unaware of the tactical evolution of Camogie.

Looking from the outside, Cathal Murray thought that it left them defensively open so when the Sarsfields hurling manager took over after the 2018 Littlewoods Ireland Camogie League, he focussed on making them hard to beat.

A former defender himself, that would have been important to him but as a shrewd coach, he understood that he was nullifying the speed, athleticism and skills of the likes of Niamh Kilkenny and Aoife Donohue.

So with unsung hero Anne Marie Starr supplementing the rearguard effort, the half-forwards dropping closer to the middle and an inside duo staying closer to goal, there was an ocean of space for the thoroughbreds to gallop into.

Donohue (three) and Kilkenny (two) made hay and Niamh Hanniffy, who is less sidestep than straight through, also flourished.

“I think Galway are better at that game” said Murray. “Maybe last year we were guilty as a management of playing defensively and trying to get that sound before we worked on our attack.

It takes some skilful player to rise the ball and stay going without having to rise it.

“This year, the likes of Aoife Donohue, Niamh Kilkenny, Niamh Hanniffy, Ailish O’Reilly – we have forwards that can hurt teams and we want to play an attacking brand of Camogie. At times, when we were playing really well, it looked brilliant.

“Strength and conditioning was a big thing. We’re at that since November with Robbie Lane and that’s gone really, really good. We were back training early January pushing on for the League. We wanted to have a good League.” 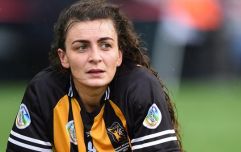 END_OF_DOCUMENT_TOKEN_TO_BE_REPLACED

That fitness and power was very evident and it will be interesting to see if there is more to come throughout the Championship.

Meanwhile, speaking to team captain Sarah Dervan, teammates Tara Kenny and Carrie Dolan, and Murray afterwards, it was clear what the message was at half time and that it was taken on board. Each one spoke about the expectation of a Kilkenny purple patch.

In the past, Galway have folded in the face of such an onslaught. Dervan admitted that “we went back into our shell a bit” when Katie Power goaled in the final quarter of last year’s All-Ireland Semi-Final. The sides had been level until then but the Maroons quickly conceded the next three points and in a flash, the game was gone.

So Murray emphasised the point.

“We said at half time they’re going to get their purple patch and it’s what we do when they get their good patch that is going to be the difference” recalled Carrie Dolan of the interval cant. Kenny, Murray and Dervan repeated this text almost word for word.

It’s about what we do.

Dolan only turns 20 this month. Yet she had spoken in the build-up of Galway not hiding from past failures and only changing opinions by getting results. 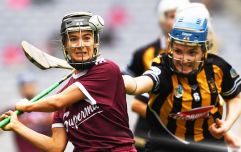 "People have looked at us sometimes nearly like we’re spoofers or bluffers..."

END_OF_DOCUMENT_TOKEN_TO_BE_REPLACED

After goals from Michelle Quilty and Anne Dalton, an eight-point lead became one and Galway suddenly looked less assured. Dolan missed an easy free and others snatched at shots when a score was desperately needed.

With the game in the melting pot though, the Clarinbridge teenager was unerring with two subsequent placed balls from more difficult positions to bring her tally to eight points. By the end, Galway were more comfortable then the two-point margin suggested. 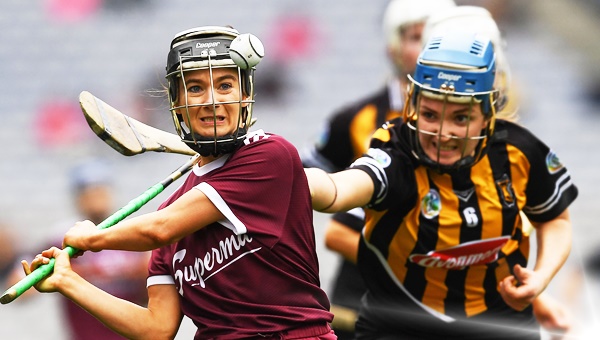 “Look it, I didn’t miss one, I missed three but you just have to stand over them at the end of the day” was Dolan’s matter-of-fact declaration.

“During the week I was saying we needed to back ourselves, put in a big performance against the big teams and we did that. We’re a team full of skill, fitness, workrate.”

Dervan has a beacon through good days and bad. She confirmed the obvious benefits of becoming Division 1 champions and hailed the role of the younger members of what is largely an experienced unit.

“We always hear Cork and Kilkenny are the top two teams and it was great for us to be in Croke Park and get the win. Confidence, confidence and more confidence is what we’ll take from it.

“Carrie was brilliant, Sarah Healy in goals and Niamh Hanniffy is a real powerhouse of a woman. It was their first time playing in Croke Park but you wouldn’t know it by them. The older ones were nearly more nervous.

All eyes turn now turn to the group stages of the All-Ireland Championship. First up for Galway?

“We’ll start back into it again on Wednesday” said Dervan. “The hard work starts then.”


popular
James Haskell on text exchange with Peter O'Mahony after Ireland's victory over Scotland
Can you name every English football club that begins with 'W'?
The SportsJOE 12 o'clock quiz | Day 105
Ronan O'Gara shares class Johnny Sexton story ahead of World Rugby awards
The SportsJOE 12 o'clock quiz | Day 103
"The academy boys have turned into small monsters over the past few weeks" - Peter O'Mahony
Fines and suspensions in Tipperary after stewards enquiry
You may also like
1 month ago
JJ Delaney tribute: A hurling legend made of different stuff
1 month ago
"Hurling is like a wardrobe, whatever you put into it you’ll get back out of it" - Life at St Kieran's
3 months ago
Free spirit James Cha happy out in peaceful China
3 months ago
For Brennan, 'old-school' knock-out championship is the light at the end of the tunnel
3 months ago
We give you the All-Ireland hurling final, you tell us the man-of-the-match
3 months ago
Even injury couldn't hold Richie Power's genius back
Next Page