Emma Morrissey scored 2-4 including the winning penalty, deep into added-time, to seal Tipperary’s place in the TG4 All-Ireland Senior Championship for 2023, with Cavan heading for the relegation play-off instead. 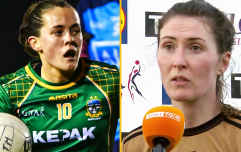 END_OF_DOCUMENT_TOKEN_TO_BE_REPLACED

Morrissey found the top-corner with aplomb after her teammate Angela McGuigan was fouled in the penalty area in the 62nd minute at Kingspan Breffni.

Cavan were left shell-shocked at the death and now face a relegation decider to see if they too can avoid the drop to the intermediate ranks.

In what was a free-flowing Round 3 tie, Tipperary won most of the battles and most crucially, the war itself, to take the spoils.

Tipperary scored their first goal in the 14th minute when midfielder Marie Creedon combined with late call-up Róisín Howard to put the influential Morrissey through for a well-taken goal.

END_OF_DOCUMENT_TOKEN_TO_BE_REPLACED

Morrissey’s first strike propelled the visitors into a 1-2 to 0-2 advantage and wind-backed Cavan struggled to eat into that cushion.

But, thanks, in the main, to Lauren McVeety’s free-taking, the hosts hung in there. A long-range McVeety effort helped cut Tipperary’s interval lead to a very manageable two points, when Cavan trailed by 1-4 to 0-5. 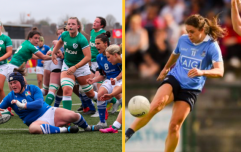 END_OF_DOCUMENT_TOKEN_TO_BE_REPLACED

The majority of the play remained around the middle third of the field. Poor shooting, a difficult to judge wind and a greasy sod conspired to produce a dogged duel seemingly beset with nerves and tension.

The game seemed to be Tipperary’s to lose but six wides by the visitors in the third quarter had Cavan breathing a huge sigh of relief.

The Ulster outfit nabbed a lifeline in the 48th minute when Geraldine Sheridan was fouled but Lauren McVeety’s penalty was saved by Tipperary goalkeeper Lauren Fitzpatrick, before being hacked clear.

But McVeety made up for her miss in the 51st minute when she fired home low past the advancing goalkeeper, following a storming run by Geraldine Sheridan through the heart of the visitors’ defence.

However, Tipperary had a sting in their tail, saving their best until last with Morrissey scoring the resulting penalty and Cavan left to dwell over a relegation play-off.

Jennifer Dunne inspired Dublin to victory and top of Group A in the TG4 All-Ireland Senior Championship at Mayo’s expense in O’Moore Park, Portlaoise.

This was Dublin’s third win from three in the group, as last year’s beaten finalists set up a clash with Donegal in the quarter-finals. Mayo are also into the last eight where they will face Cork.

Michael Moyles’ side had the breeze at their backs in the first half but Dublin still burst out of the blocks with two early points from Carla Rowe and Nicole Owens. With kicking from distance an option at the other end, Mayo were able to get on the scoreboard throughout the first half through Tara Needham, Sinéad Walsh and Sinéad Cafferky, but they weren’t able to pile on the pressure, and Dublin secured an 0-8 to 0-5 interval lead, despite not kicking any score from more than 20 metres out.

Dunne took advantage of the increased scoring range when she hoisted over a magnificent point to open the scoring in the second half, and while Shauna Howley replied immediately for Mayo, that was to be their third last point. 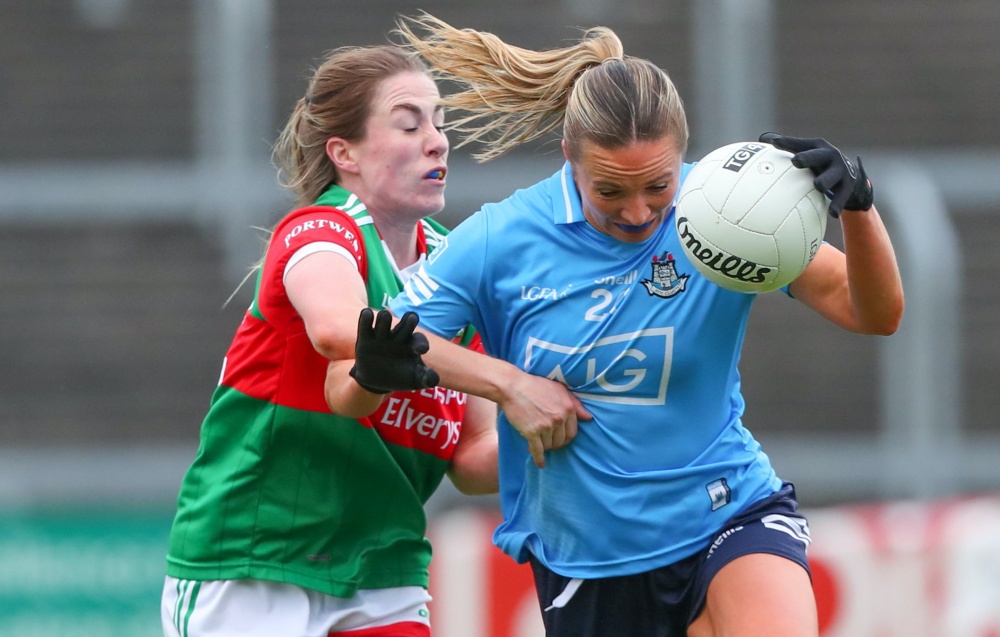 25 June 2022; Kate McDaid of Dublin  in action against Sarah Mulvihill of Mayo during the TG4 All-Ireland SFC Group A Round 3 match between Dublin and Mayo at MW Hire O’Moore Park in Portlaoise, Co Laois. Photo by Michael P Ryan/Sportsfile

Defensively, Mayo held out for as long as they could but their faint hopes of pulling off an upset were all but extinguished when Rowe and Dunne set up Kate Sullivan for the game’s first goal in eighth minute of the second half, pushing the lead out to seven points.

A measure of the quality available to Dublin manager Mick Bohan was when he was able to spring four-time All-Ireland winner Lyndsey Davey off the bench and the Skerries Harps player made an immediate impact after coming in, adding the finishing touch to Owens’ pass for Dublin’s second goal.

Hannah Tyrrell also featured strongly in the second half, scoring three times, but she also picked up a yellow card with ten minutes to play, and this opened the door for Mayo to enjoy an increased share of the play in the closing stages.

Their unflinching efforts were rewarded when Lisa Cafferky pounced on a breaking ball and sidestepped Ciara Trant for a late goal, but they still have questions to answer in advance of what’s sure to be a tough test against the Rebel County next time.


popular
Everton release brutal 59-word statement to confirm Anthony Gordon departure
Roy Keane flatly rejects longstanding perception of ex-Man United midfielder Paul Ince
Owen Farrell praises Johnny Sexton in revealing interview ahead of Six Nations
British publication urges Gareth Southgate to claim Evan Ferguson for England
João Cancelo agrees deal to leave Man City for Bayern Munich on loan
Allianz National Football League Round 1: All the action and talking points
Two Ireland stars included in Premier League's 'young English XI'
You may also like
3 months ago
Ireland make history in Scotland to qualify for first ever World Cup
3 months ago
Kilkenny lead the way as Camogie All-Star format cuts out the positional controversies
3 months ago
Meath mob-handed again as 45 Ladies football All-Star nominations announced
3 months ago
"I was wondering was I ever going to come out the other side of it" - Moloney back after injury nightmare
3 months ago
Rosie Foley completes remarkable 'Triple Crown', in memory of brother Anthony
4 months ago
"It's going to be a massive, massive game - probably the biggest in our history" - Katie McCabe
Next Page