Dublin are in business, Mayo aren't far off, Tipperary are rising.

Mick Bohan’s Dublin recovered from the concession of three Mayo goals in the first 20 minutes to claim their second win of the Lidl National Football League Division 1.

Dublin’s defensive frailties were exposed by Fiona Doherty and Rachel Kearns in that opening period, but a composed second-half as they chased the westerners ensured the Lidl Division 1 champions finished Saturday’s game as winners.

Niamh McEvoy struck 1-5 for her side, including her goal, which arrived hot on the heels of Kearns’s first, while three Lyndsey Davey points and two each from sub Jennifer Dunne and the lively Nicole Owens meant Dublin claimed the three match points on offer.

Kearns goal was a beauty - well taken after he free kick had rebounded off the post.

LIVE now on eir sport 1 & over at https://t.co/zSAoU0qyNG. #SeriousSupport pic.twitter.com/JTsuANhglO

Mayo looked very sharp in the first-half as Kearns fired goals either side of Doherty’s brilliant strike, while the free taking of Grace Kelly kept her side in the ascendancy.

But Dublin had power and experience to bring in from the bench and the impact of Siobhan Killeen and Sinead Aherne saw them over the line in the closing stages. 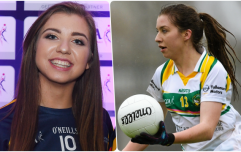 END_OF_DOCUMENT_TOKEN_TO_BE_REPLACED

Meanwhile, Donegal maintained their perfect start to their campaign as the Ulster champions soared to victory over Monaghan in Letterkenny on Sunday.

Roisin Friel’s early goal saw Donegal lead 1-8 to 0-2 at half-time with the hosts well in command. Midway through the second half, Julie Trearty drilled in a second Donegal goal, finishing well, giving Brídín Tierney no chance in the Monaghan goal.

Geraldine McLaughlin, creator of both Donegal goals, added seven points to help secure a third win on the trot for Maxi Curran’s team.

Galway have also started the season brightly as goals from Roisin Leonard, Tracey Leonard and Aoife Thompson gave them a third straight win at Clonberne.

With Roisin and Tracey Leonard hitting the net before the break Galway were in total control as they held a 2-7 to 0-1 head at half-time, but Westmeath improved somewhat after the restart.

With 14 minutes remaining an Anna Jones goal gave Westmeath some solace, while Annie Dolan added a second, but there was no beating Galway in this form. 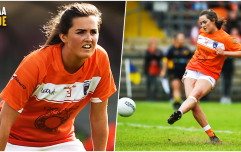 END_OF_DOCUMENT_TOKEN_TO_BE_REPLACED

Kennedy is only 16 years old but she finished that goal with all the confidence of a player who's been there for years.

📹 VIDEO: See 16-year-old debut girl Caitlin Kennedy smash the ball to the @CorkLGFA net in the 59th minute to give @TippLadiesFB a famous victory in the @lidl_ireland NFL Division 1 clash at Páirc Uí Rinn #SeriousSupport

With Orla Finn impressive from frees and Niamh Cotter hitting the net after three minutes Cork raced into the lead, and after points from Áine Terry O’Sullivan and Finn Cork were 1-11 to 0-8 ahead at half-time lead. 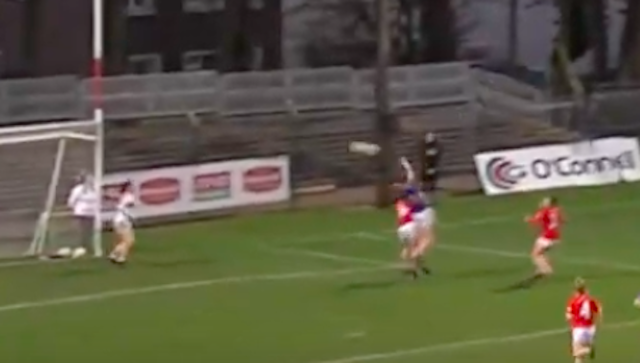 Aishling Moloney is the personification of Tipperary rising. Her blitzing performance of the migh...

Moloney’s brace of goals and her free taking kept Tipperary in the hunt, but they left it late to clinch the win when Caitlin Kennedy goaled.

Elsewhere, in Division 2 Armagh are still unbeaten as two goals from Aimee Mackin and a third from Blaithin Mackin saw them claim a 3-14 to 1-8 victory against Waterford. 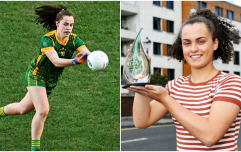 END_OF_DOCUMENT_TOKEN_TO_BE_REPLACED

Wexford inflicted a second loss of the campaign on last year’s TG4 intermediate champions Tyrone, a 1-7 to 0-6 victory for Wexford, while Cavan also earned their first win of the Lidl NFL as they surged past Clare in the closing stages.

Neasa Byrd’s penalty sealed the win for Cavan after Andrea O’Reilly had hauled them back into the game with their first goal with just three minutes remaining. And in Sunday’s game Kerry fired six goals past Laois to earn their first win of the season.

In Division 3 there were wins for Meath over Roscommon, for Sligo away to Down and for Wicklow, who hosted Kildare. Offaly are still looking for their first win of the season after they had to be satisfied with a share of the spoils against Longford.

In Division 4 Antrim hit five goals in victory against Kilkenny, while Limerick picked up the win after their trip to Fermanagh. On Sunday Carlow were too strong for Derry, while Louth edged past Leitrim.

You may also like
6 months ago
Free given against Aishling Moloney for catching the ball in last minute
11 months ago
'I prefer to be out the field involved a bit more in the action' - Leitrim's former goalie now a scoring star
1 year ago
"I definitely idolised her growing up... I always looked up to her"
1 year ago
Tipperary make statement of intent with battling draw against Dublin
1 year ago
"I was thinking, 'Oh my God, how am I supposed to play beside them?'"
1 year ago
"I'm nearly the nan now at this stage!" - Aishling Moloney
Next Page