A few eye-brow raising inclusions in there with plenty of undeniables.

World Rugby was never going to miss out on the Team of the Year action, and their '15s Dream Team' has been announced as part of a week-long sprinkling of accolades.

Rugby's global governing body has already announced a slew of awards, such as Breakthrough Player of the Year [New Zealand's Will Jordan] and Best Try [Damian Penaud, France vs. Scotland], and the dream team is the latest to be released.

END_OF_DOCUMENT_TOKEN_TO_BE_REPLACED

It is dominated by the Springboks, who may have lost to England on their end-of-year tour and finished third in The Rugby Championship but did defeat the British & Irish Lions during the summer.

The rest of the XV is made up by three All Blacks, two Wallabies and one apiece for England, Wales, Scotland, France and Ireland. 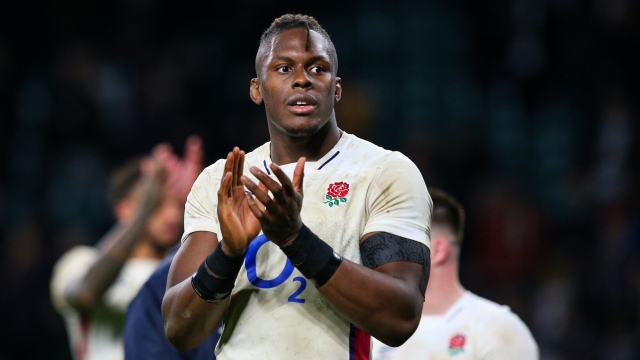 Maro Itoje is the sole England player in the World Rugby Team of the Year. (Photo by Craig Mercer/MB Media/Getty Images)

END_OF_DOCUMENT_TOKEN_TO_BE_REPLACED

The sole Ireland player making the cut, as he has in other Best XV selections, is Leinster tighthead Tadhg Furlong. He is joined in the front row by Wales and Lions loosehead Wyn Jones and Springboks hooker Malcolm Marx.

Few will argue with the second row combination of Maro Itoje and South African menace Eben Etzebeth. Tadhg Beirne must have been in the conversation, though.

The back row has some bite to it, with Australia captain Michael Hooper joined by Boks Siya Kolisi and All Blacks flanker Ardie Savea. Antoine Dupont - tipped to win player of the year - partners Beauden Barrett in the half-backs department.

END_OF_DOCUMENT_TOKEN_TO_BE_REPLACED

Samu Kerevi and Lukhanyo Am are in midfield, with Makazole Mapimpi, Will Jordan and Scotland's Stuart Hogg rounding out the backline.


popular
"I went up to the Italians and gave them a big auld shoulder" - Paul O'Donovan does it again
Man United will 'terminate' Cristiano Ronaldo's contract if his attitude doesn't improve
Graeme Souness under fire for calling football a ‘man’s game' while sat with Karen Carney
Erik ten Hag's training ground punishment for Man United shows there may be hope yet
Erik ten Hag reportedly 'furious' with Man United for 'hanging him out to dry'
Declan Rice apologises after Dean Henderson makes penalty save admission
Wexford Under-20 lights it up as Ferns win their first ever county title
You may also like
6 days ago
"Everything’s done for you" - Eddie Jones on how private schools influence English rugby
1 week ago
Faf de Klerk knocked out after horror collision with knee of All Blacks winger Caleb Clarke
1 week ago
"We'll support him in any way we can" - Wallabies captain Michael Hooper backed for brave mental health decision
1 week ago
At a time when rugby needs genuine characters, Naitoa Ah Kuoi could not have timed it better
2 weeks ago
Eight Ireland players make final cut in 'World Class' 33-man squad selection
2 weeks ago
"There's no magic wand. A lot of it starts and finishes with hard work" - Ronan O'Gara
Next Page