WATCH: This could be the worst forward pass we have ever seen

What was he thinking?

Leinster secured a very narrow 22-21 victory over the Cardiff Blues at the RDS in their latest PRO 12 encounter.

The eastern province played the game in glorious conditions at the Anglesea Road venue and the fans who were in attendance would have been expecting some exciting running rugby from their side.

Unfortunately, Leinster stuttered to their victory which contained many unforced errors and they will rue the fact that they didn't come away with a four-try bonus point. 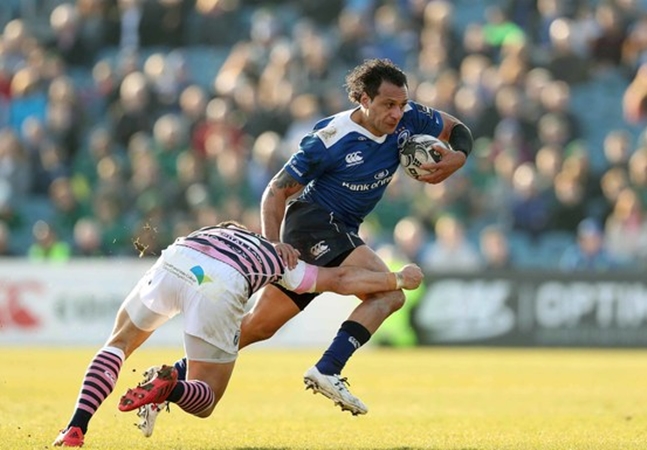 However, at one stage towards the end of the match, it actually looked possible that Leo Cullen's side were in danger of losing the tie.

The Leinster defence had already been cut open on a number of occasions throughout the game and Leinster were definitely fearing the worst as Cardiff began to pile on the pressure in the dying moments of the game.

Isa Nacewa produced a try-saving tackle on Tom James with the line begging.

From the resulting play, Cardiff went wide but fortunately for Leinster, Mathew Morgan, produced something which will give him sleepless nights over the next couple of days.

Morgan had a huge overlap outside him, with a try almost certain if he could just get the ball out wide.

However, he clearly panicked which resulted in him producing this...

Yikes, Leinster held on and returned to the top of the PRO 12 table.