Warren Gatland gave Ireland some credit after their victory over his Wales side, but was careful not to get too effusive about it.

Gatland witnessed his Wales side get close to winning a game they realistically never should have had a chance to. Johnny Sexton's kicking radar was off and Wales were within a try of snatching it until Jacob Stockdale's late intercept score.

As it stands, Wales have now lost two from three and our out of the title chase.

In his post-match press conference, Gatland admitted his side were now aiming for a mid-table finish. As for who wins the championship, you can ask but... don't ask.

GATLAND: Ireland are very accurate with how they play the game, very clinical and tough to break down. It's going to be a very interesting game at Twickenham [between Ireland and England, on March 17].

REPORTER: How do you see that panning out?

Gatland, warming up to his audience, then paid Ireland a couple of loaded compliments. He needled Ireland coach Joe Schmidt about his over sensitivity before dead-panning about how "exciting" they were against his team.

"I thought they were outstanding. So I apologise to Joe if I upset him a couple of years ago, if I was critical of the way they played.

"I thought they moved the ball brilliantly well, and they were so exciting the way they played today."

That sentence raised a few chuckles from the Welsh reporters that were in the room. 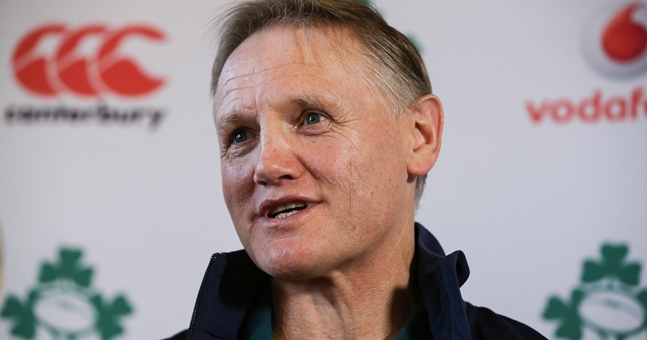 Informed of Gatland's comments, and that there may have been some tongue-in-cheekery involved, Schmidt replied:

"I played with Gats. I've known him a long time and we've been sparring partners for a while at the same time.

"I would offer the same. I thought they were pretty exciting.... I thought we helped them be exciting at times, which isn't something we're trying to do at all."

Schmidt said he paid little heed to what opposition coaches and players said to the press after games - good or bad - but did reserve some praise for 'top man as well as a really good coach' Rob Howley, Gatland's assistant.

popular
The 14 Irish players Down Under as TG4 come up with the goods once again
Roy Keane's first impression of Cristiano Ronaldo proved to be very accurate
The SportsJOE 12 o'clock quiz | Day 290
Jurgen Klopp chases Sean Dyche down Anfield tunnel after half-time fracas
"I kind of decided on Hill 16, 'you're either going to do this or you're not going to do this.'"
Joe Rogan reveals he could be parting ways with the UFC
Fernando Torres has got absolutely jacked since retiring from football
You may also like
2 days ago
QUIZ: You'll need to be a massive Ireland fan to get all these one-cap wonders
1 week ago
Ireland's best uncapped prospects for the Guinness Six Nations
1 week ago
Darren Cave tells House of Rugby about one part of rugby he definitely doesn't miss
1 week ago
"He's ruptured his hamstring off the bone and he’s trying to get up into the defensive line"
2 weeks ago
"I got the scan and it was literally broken in half" - Ciara Griffin on her first Ireland training session
1 month ago
"I don’t know what his problem is with me" - James Lowe on Liam Williams clash
Next Page